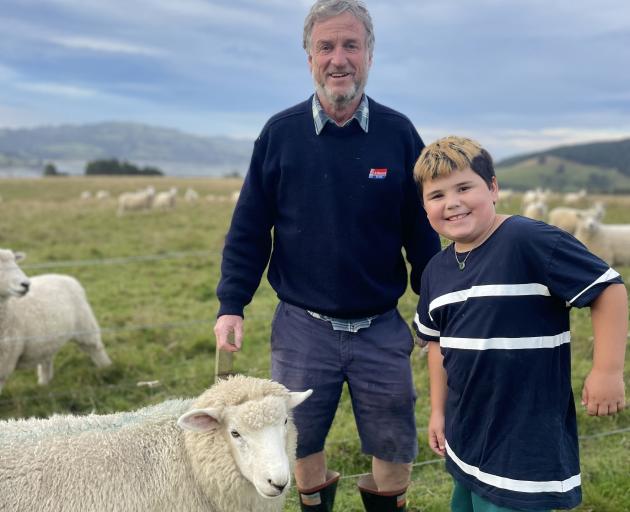 Brian Hailes is a volunteer with Presbyterian Support's buddy programme. He enjoys spending two-to-three hours a week with his buddy Henry. PHOTOS: SUPPLIED
Never one to sit still for too long, retired accountant, lifestyle farmer and shearer Brian Hailes has always been generous with his time for people. He talks to Alice Scott about his busy and contented life and how he now chooses to spend some of his spare time.

Brian Hailes didn’t grow up on a farm, but spent most of his school holidays staying on family farms. His grandmother was the housekeeper on his great-uncle’s farm in Balfour and many fond memories can be recalled from his early years.

Mr Hailes would rousie in his great-uncle’s shearing shed and got to know the two shearers who worked there, who then employed him in his holidays.

"I went to a couple of shearing schools to hone the skill.

"If there was a shed with three stands, I would take a stand, or they would find me a stand with another gang for the day."

He funded his way through university with his shearing work both in New Zealand as well as a season in Australia before he qualified as a chartered accountant. He worked for two Dunedin firms over 12 years and set up his own firm in 1991.

Rural people made up half of Mr Hailes’ accounting business with about 200 clients in total.

"I picked up a lot of clients through my shearing contacts and a good number of family friends became clients, too."

Mr Hailes and wife Jane bought 25ha of farmland at Waitati in 1985.

"You could call it a lifestyle block, but I have also heard it be called a life-sentence block," he said, laughing.

He based his accounting business at home, working out of a shed behind the house.

"I guess it all looked pretty primitive, but it meant my overheads were low and that saving was passed on to my clients." 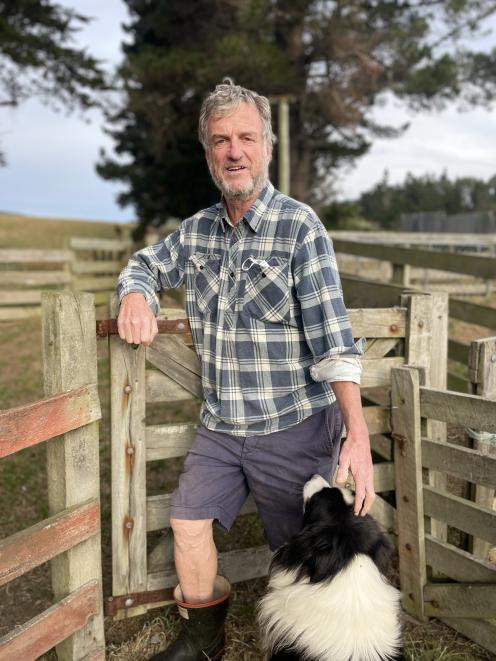 Brian Hailes is a chartered accountant and financed his way through university as a shearer. PHOTOS: SUPPLIED

He employed three part-time staff who all worked remotely and Jane also worked part-time once their children went off to school.

In 2013, after 23 years in business, Mr Hailes decided to sell his business to Yardley-Lo accounting firm.

"I just got a bit despondent as things changed with the tax system over the years.

"Back in the day you could ring the Dunedin IRD office and talk to Dave; there were three Daves that worked there and all of them were good buggers who could get me the information I needed.

"Nowadays you ring the IRD number and you won’t even get through!

"It all became very impersonal. The banks are also a lot more stringent and demanding now."

Brian is enjoying retirement. The couple have rental properties, and grandchildren and their eldest daughter and son-in-law have business interests for which Mr Hailes undertakes the accounting.

"Plus, I have the wee farm to keep me out of trouble."

It was during lockdown in 2020 while Mr Hailes was spending his days clearing gorse that he heard a radio advertisement from Presbyterian Support seeking big buddies in his area. The organisation matches children whose life circumstances require additional adult support known as a buddy.

"My daughter Cassie had been a buddy when she was at university, so I decided to sign up."

Mr Hailes went through the initiation process of an interview, supplying references and police vetting. He was matched with Henry (8) 18 months ago.

"Henry’s father lives in Australia and he doesn’t have any other male role models in his day-to-day life. It’s been a hugely satisfying thing to be part of a young man’s life."

As the eldest boy of 11 children and a father to four adult children, Mr Hailes found it easy to relate with Henry and come up with things for them to do during their weekly two- to-three-hour get-together.

"We do sports like table tennis and darts. And he enjoys the foosball table in the garage.

"Henry loves to bake and cook things. And we have done a few walks which amazes his mother because he’s not quite so easily persuaded by her," he said.

"I was shearing the ewes recently in the morning and saved a few for after school so Henry could help,'' he said.

"There must be plenty of semi-retired people around like me who might have a bit of spare time on their hands.

"I would definitely recommend signing up to be a buddy. It’s hugely rewarding and satisfying to know that you are playing an important and consistent role in a young child’s life — and definitely more enjoyable than clearing gorse all day!"