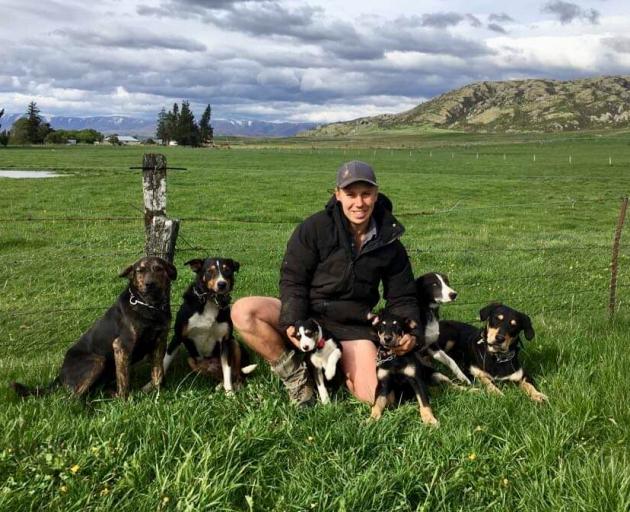 Adam Callaghan (24), is a shepherd at Lauder Station, St Bathans, and moved down from Cave in April.

A member of the Upper Manuherikia Young Farmers Club, he has been passionate about farming all his life.

He grew up on a sheep and beef farm and had been involved in TeenAg at school.

"I didn't do a lot of training [for the competition] but a lot of the skills required on the day, such as weighing stock, calibrating a drill and fertiliser, I had done two weeks before, for my job," Mr Callaghan said.

"On the day, I was quite a bit nervous."

The four will compete in the regional final in April and the winner of that round will represent the region in the grand final in Christchurch in July.

Mr Callaghan has always been farming, apart from when he took a gap year overseas before going to university, to work with schoolchildren.

"It was something different and I wanted to do something else before I got some dogs [as part of his work]."

When he returned to New Zealand, he attended Lincoln University, studying for a diploma in agriculture and diploma in farm management, as well as doing a bit of shearing.

"I have always been interested in farming since I was a wee fella, with sheep and cows."

He now works on Lauder Station as a shepherd.

Since then, he has acquired a team of dogs, including two pups, and is learning to train them for work and for dog trialling.

"I am being trained to train the dogs."

He is hoping to enter his first competition in early January.

In addition to dog trialling, he is training for the Coast to Coast in February with a friend from university.

After that, he will focus on the regional final in April.