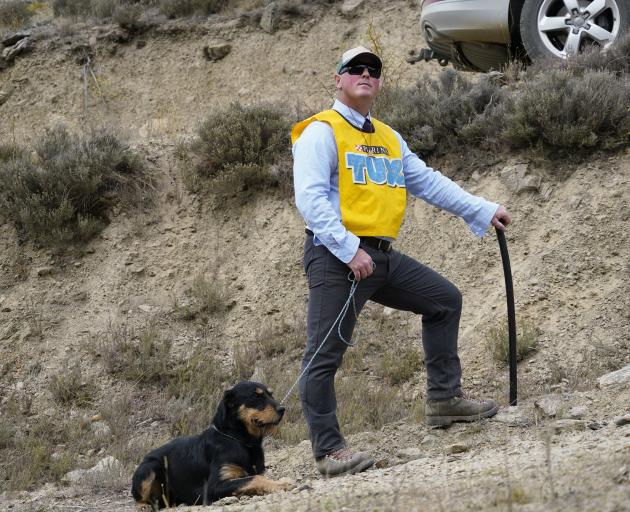 Q: Firstly, congratulations for featuring twice on the final leaderboards at the South Island championships at Earnscleugh Station earlier this month — placing third with dog Brax in the zig-zag hunt and sixth with dog Hercules in the straight hunt. What dogs are you taking north to compete and are they up for the challenge?

Just Hercules and Brax. We’ll see how they travel but we’ll be up for a go. I’m looking forward to it.

Q: Are any other club members competing?

Yes, we are well represented. There are five of us — me, Richard Hore, Layce Welch, Lex Miller and Johnny McDonald — so that will be pretty special.

Q: The Earnscleugh Station courses featured a rocky landscape and merino sheep. What are you expecting to find at Meringa Station in Taumarunui next week?

It will be the total opposite, it’ll be benchy terrain on the hunt courses with ducks and dives and probably crossbred lambs. It’ll be quite different.

Q: How has the season been on your sheep and beef farm?

It’s been a pretty testing season due to such a dry autumn and a lack of killing space at the freezing works. We are stuck with loads of lambs which should have been sent away and are still dribbling out the gate now. It’s been pretty hard on the capital ewes because the excess stock have been eating into their feed supply. It’s been quite a bloody tough old season.

Q: Have long have you been competing at the national championships and have you ever made it on a leaderboard?

I’ve competed at every national championship since 2014 and have made a final leaderboard at national level — so to be on both of the hunt leaderboards at Earnscleugh Station was special.