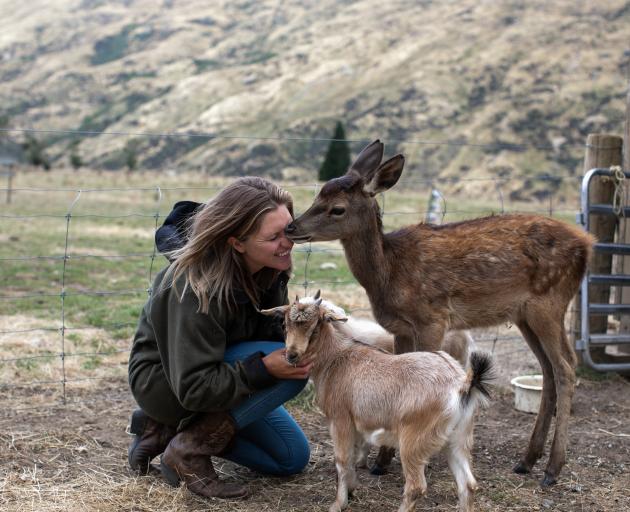 Laura Douglas says getting back into the right frame of mind means surrounding yourself with things that make you feel good. Photos: Supplied
It seems somewhat contradictory to talk about mental health and how one can get through one’s demons without talking about it. Alice Scott talked to Laura Douglas about her mental health journey.

‘‘I didn’t talk about it, but I did something about it’’, is what Laura Douglas says got her through when she found herself deeply unhappy a few years ago while working in a high-paying corporate job in Auckland.

‘‘I was in such a dark place. I was away from all of the things that I loved: farming, hunting, fishing, animals ... While I had a lot of belief in my abilities, I lacked self-confidence and self-love. I let men control my decision-making and I surrounded myself with people that enabled my unhealthy habits of self-destruction.’’ she said.

Talking about her issues with close friends and family was the last thing she wanted to do.

‘‘That’s not me, that’s not how I operate, and I think it’s the way it is for a lot of people that aren’t doing too well.

‘‘I didn’t want to admit that I was having a tough time and burden people. I internalised it and found my own way through by making small tangible changes to my life.’’

That first change came in the form of volunteering at an Auckland horse refuge farm.

Laura Douglas gave up city life, moved back to the South and launched a farm experience business called Real Country.
‘‘It gave me a little glimmer of happiness and from there my eyes opened to what other things were out there that could give me the same enjoyment and fundamental happiness.’’

The giving of time, Miss Douglas said was a powerful tool when it came to mental health recovery.

‘‘Volunteering your time to something that makes other people happy can bring a lot of joy. It creates a positive ripple- effect and a lot of opportunities can present themselves just by putting yourself in that position of giving.’’

Bubbly and confident she may be, this was not always the case for Miss Douglas in her childhood.

‘‘I grew up on a farm at Mossburn. My father and the farm were pretty much the only constant things I had in my life. My parents divorced when I was very young and my step-father was very different. I developed a coping mechanism of being very much a pushover. At school my nickname was Tryhard because I was bit of geek and put my hand up for everything. While I was part of the popular group, I was also the first one to be pushed out or made fun of. No-one could make sense of me and that made me a target.’’

Again, as she went on to university, while the bullying might have stopped, Miss Douglas said she had a very low self esteem and she was taken advantage of. 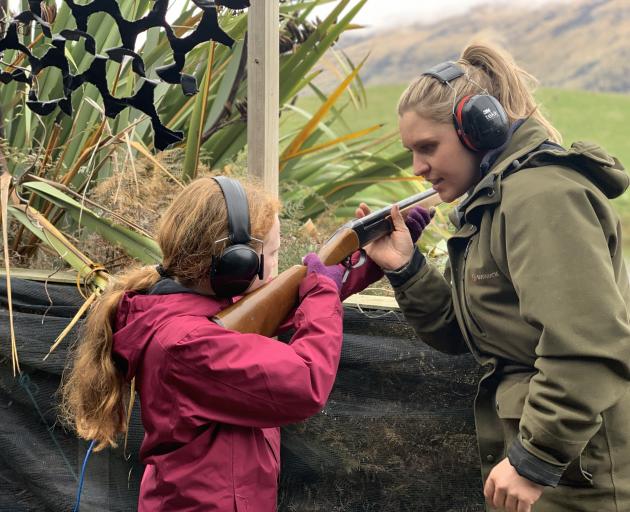 Laura Douglas says there there is a level of satisfaction just from giving things a go. She is passionate about teaching young women to do the same.
‘‘I didn’t value myself and my own worth.’’

In 2016, after having had enough of the city life, Miss Douglas moved back to the South and was working as a four-wheel-drive guide for a tourism company in Queenstown. It was while living with her cousin she vocalised her dream of running a farm experience company. She was put in touch with Tim Taylor at Kingston Station.

‘‘We went for a drive and he showed me a good spot near his mai-mai and it all started from there.’’

This year, she launched Southern Girl Finishing School where she hosts a day-long workshop for girls.

‘‘The aim of the workshop is to build confidence in young girls by teaching them a series of practical skills like changing a tyre, cracking a stock whip, clay-bird shooting and learning how to secure loads with strops and tie downs.

‘‘Confidence can be built by performing unfamiliar tasks and completing them. There is a certain level of satisfaction just from giving things a go. Life is not always easy and it’s practical experiences that can help a young person build emotional resilience as they move into adulthood,’’ she said.

A recent feature on the Sunday programme catapulted Miss Douglas, her business and her philosophies on mental health into national prime time television and made her somewhat of an advocate for the mental health of young women.

The response she has had has been ‘‘unreal’’.

For two weeks she was ‘‘inundated’’ with emails and messages from people all over the country sharing their stories with her and wanting her help.

‘‘It was very overwhelming. I felt the need to respond to every single person with a genuine and sincere reply. I am not a professional and I had to make it clear that my message was very much just what have learnt from my own journey.’’

Miss Douglas sees a huge need for mental health support, particularly for young people, but she has no political ambition.

‘‘There’s too much bureaucracy and box ticking. No, I would rather set up an institution that would make a real and practical difference.’’

Miss Douglas is also in the process of writing a book. As yet unnamed, she said she has written the chapter titles — ‘‘one is called: Bad men are not like bad horses, they cannot be trained.

‘‘I am able to talk ’til the cows home home about it all now because I have come through the other side, but in the midst of all the darkness, the last thing a person who is really battling wants to do is talk.

‘‘For me, it was a matter of giving myself a kick in the backside and getting out there and doing something about it. That’s where recovery starts.’’

Do you have your own journey you are willing to share? Once a month Southern Rural Life will feature a story about getting through those tough times. Email alice.scott@alliedpress.co.nz