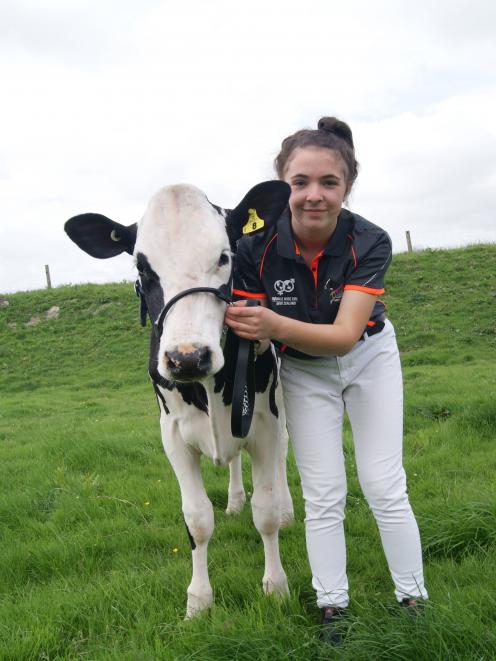 Holstein Friesian New Zealand (HFNZ) hosted the 2021 National All Dairy Breeds Youth Camp at the 4 the Girls Dairies Ltd property, owned by Jodie-Lee Templeman and Niels Modde, from January 8 to 11.

The stock was provided by 4 the Girls Dairies and Rivendell Holsteins, owned by Owen and Cathy Copinga.

The camp attracted 18 young people, aged from 10 to 19, who came from throughout the country and who were all dairy cattle enthusiasts.

HFNZ national field officer Amelia Griffin said they had fun and completed modules on cattle handling, showing, clipping and grooming, as well as taking part in competitions on the last day to demonstrate what they had learned.

They all slept at the farm and had to take shifts to watch over the animals at night.

"Most only got three or four hours of sleep as we tried to make it as realistic [a show situation] as we could."

Ms Griffin said they also discussed appropriate and positive use of social media.

"We thought it would be a good idea to make sure our kids know what they can and cannot say, especially how someone who is not familiar with farming might view an image or comment they might post.

"We found it quite interesting and the kids had their own ideas about what was appropriate to put on social media." 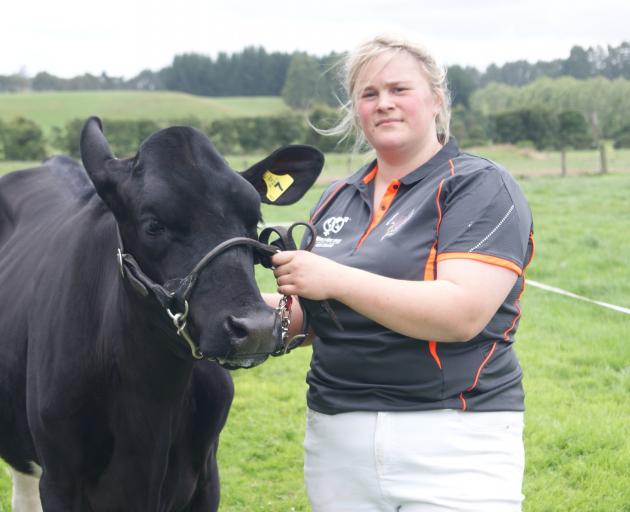 Teegan Hall (18), of Waianiwa, won the senior handler competition at the 2021 National All Dairy Breeds Youth Camp near Gore earlier this month. She worked with Mojo Parocas Lillian S1F, owned by the 4 the Girls Dairies. PHOTO: SUPPLIED

She wanted to thank the sponsors who supported the camp.

Teegan is studying for a bachelor of agricultural science degree at Lincoln University and wants to work in genetics.

"The camp was my first and I learned a lot from industry professionals, which was quite good."

She and her father Alister Hall have the Hall’s Enterprises Holstein Stud at Waianiwa and while he owns the animals, she shows them.

They did well last year at the Winton A& P Show in 2020, winning the Supreme Dairy Animal Award and supreme exhibit title.

"I have been brought up in the dairy industry and really love the cows."

Kimberley has been to three camps so far.

"It was pretty awesome and I learned a lot."

Her parents Teena and Sandy Simmons have the Brydale Jersey Stud, the Lowburn Milking Shorthorn Stud and the Lowburn Holstein Friesian Stud.

She is interested in bull selection and the traits which would best suit their studs.

Kimberley will be helping family friends take Friesian, Jersey and Ayrshire cattle to the New Zealand Dairy Event at Feilding at the end of the month.

She will be helping handle and look after the cows, and get them ready for the rings.

She hopes to enter the herdsperson competition, something she is looking forward to.