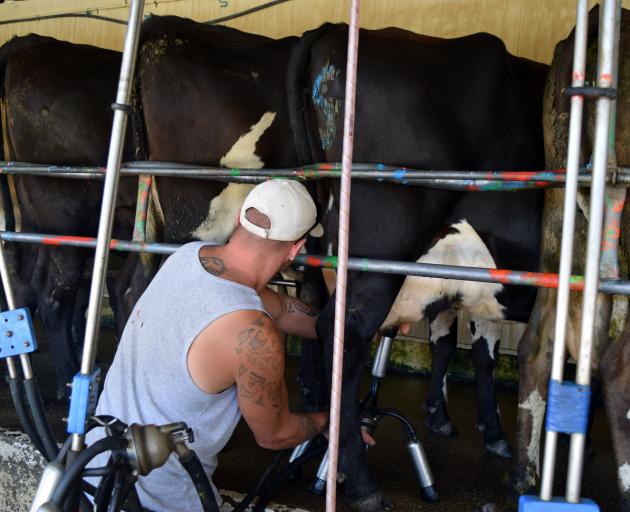 An Otago Corrections Facility inmate milks cows in Milburn. PHOTOS: SHAWN MCAVINUE
Outside the wire of a South Otago prison, inmates work on a dairy farm in hope of a brighter future.

Otago Corrections Facility principal instructor and farm manager Tony Russell said Department of Corrections bought a dairy farm in Milburn and "plonked a prison in the middle of it".

About 135ha remained to operate the dairy farm and run about 350 kiwicross cows.

About 320 of those cows were milked once a day.

Inmates were picked up from the facility at 6.15am, to have cows in the milking shed by 7.30am and be returned to the facility by 3pm.

He had been managing the farm and teaching inmates since the facility opened.

An inmate had never attempted to escape when working on the farm.

"They could drive a tractor down the driveway and keep going but in 14 years, we’ve never had anyone look like doing that."

He felt safer working on the farm than he did walking in central Dunedin at midnight, he said.

The main purpose of the farm was to give inmates a chance to learn new skills so they had a better chance of being employed on release. 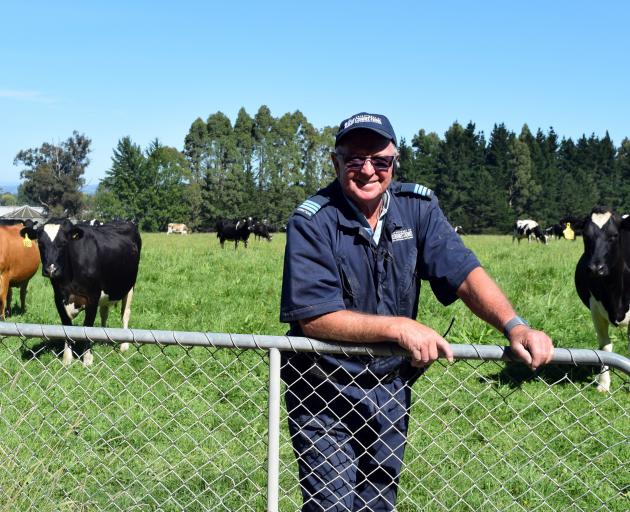 Otago Corrections Facility principal instructor and farm manager Tony Russell relaxes on the dairy farm in the facility in Milburn.

Often the length of an inmate’s sentence — usually between six and nine months — would dictate the level of qualifications achieved.

An inmate could continue a qualification if they returned after release but this was becoming rarer.

"The recidivist offenders are dropping — they’re not coming back as much."

Of the inmates who had worked on the farm in the past 13 years, 10% had gained work in the rural sector on release.

The highest number of inmates working on the farm at any one time was 17.

When Southern Rural Life visited, five inmates were working on the farm.

Fewer inmates were working on the farm for a range of reasons.

The prison population had dropped — and fewer inmates had resulted in fewer staff — and restrictions on who was allowed on the farm had tightened and worker numbers "plummeted" after convicted murderer Phillip John Smith escaped from a Waikato prison and boarded a flight to Chile in 2014.

Although the farm’s main purpose was being a training ground, it always strived to make a profit and produce high quality milk, he said.

"I thought ‘Stuff this’ — working for next to nothing — it wasn’t something I wanted to do, but it’s grown on me."

He was paid 40c an hour as a training incentive.

The work had "opened my eyes to the dairy trade" and he would seek work in the sector on release.

He was gaining qualifications "slowly but surely".

The appeal of the work was it offering something different every day, he explained.

"There’s no way you’ll catch me stuck in an office."

The inmate had come to know the herd well, including one particular cow which steadfastly refused to enter the milking shed until she had been given a pat.

Mr Russell urged dairy farmers to give former inmates a job on release.

"Give them a go — they’re leaving here with a good attitude and good skills."