By Shawn McAvinue
4 Comments
More Southern farmland is set to be covered in forestry.

A Swiss company has been given consent to buy a nearly 500ha farm in South Otago for forestry conversion.

The Overseas Investment Office has approved the sale of the farm in Hillend, about 20km north of Balclutha, to 100% Switzerland-owned company Corisol New Zealand Ltd.

Corisol paid the vendors — Alistair Lovett, Mark Tavendale and A R Lovett Trustees — $4.8million for the farm, which in the consent was described as a breeding and finishing unit. 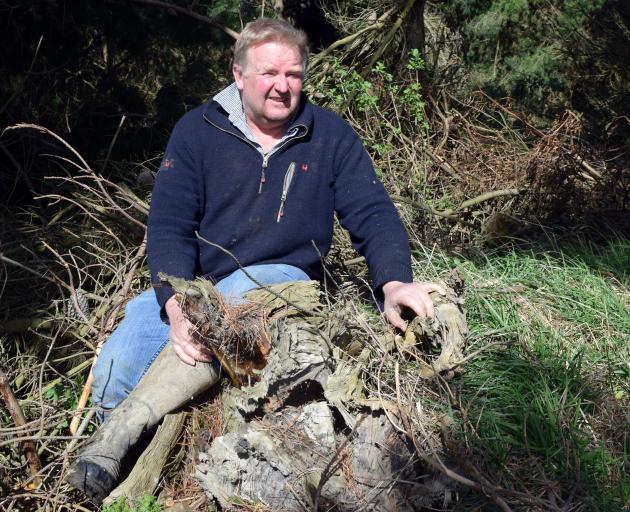 The consent states Corisol intends to subdivide and sell about 71ha of land and its dwellings and covert about 400ha to commercial forestry.

Planting was expected to start in winter next year.

Attempts to contact Mr Lovett and Mr Tavendale, including visiting the farm, have been unsuccessful.

When Southern Rural Life visited, sheep were in a paddock to the left of the driveway and deer were on the other side.

Sheep and beef farmer Stephen Jack, who runs his operation about 10km south of the farm set to become forestry, said the sale was a ‘‘shame’’. 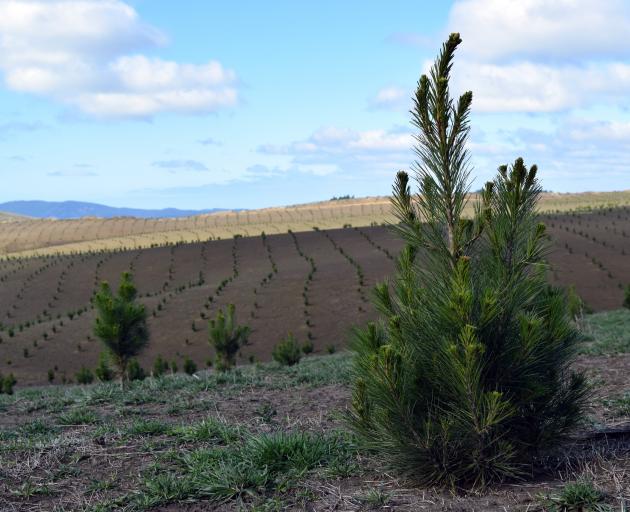 A new forestry block in Coe Rd in Clutha.
He feared the Government had not considered the consequences of its New Zealand Emissions Trading Scheme, which encourages the planting of trees.

Rising prices on the carbon market were a serious threat to ‘‘the fabric of farming in rural New Zealand’’.

Sheep and beef farms and land used for dairy run-off was ‘‘disappearing before our very eyes’’. 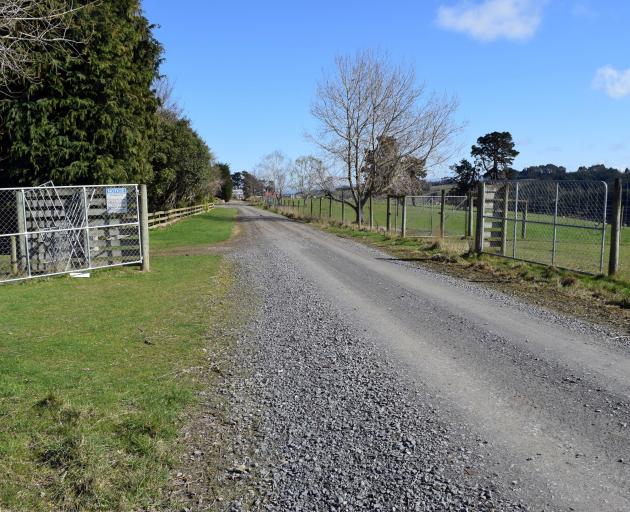 The entrance to a Clutha farm sold to a Swiss company for forestry.

As carbon prices continue to rise, farmers were being offered ‘‘big money’’ to sell their land.

He expected ‘‘huge swathes of the Otago hinterland to be gobbled up by trees’’. 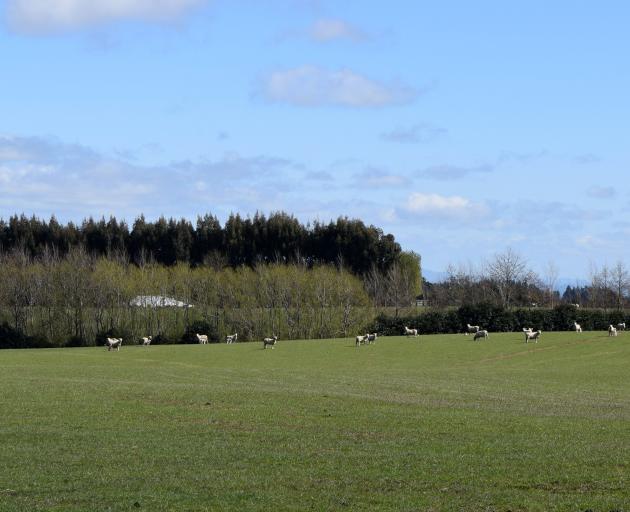 Sheep graze in a paddock in a farm across the road from the forestry block.
The rising carbon prices had prompted him to plant more trees on his more than 400ha farm.

He had considered covering all of his farm in trees.

At the moment, more money could be made from carbon forestry than sheep and beef farming.

The risk of planting the farm in forestry was the Government changing the rules and the carbon income ‘‘disappearing’’, leaving the market with an oversupply of timber.

‘‘As soon as the Government money turns off, pinus radiata might be a tough commodity to market.’’

He had many concerns about more farms becoming forestry.

When a large farm nearby in Coe Rd was transformed into a forestry block, he posted a video on social media describing it as a ‘‘moonscape’’ and a suitable scene for a Mad Max movie.

In the video, he turns around to show some sheep grazing in lush paddocks across the road.

Some of the forestry might never be thinned or pruned, like some neglected commercial blocks in his area.

Although some overseas investors were buying farms for commercial forests, he feared some of the trees would stay in the ground longer than stated on the consent because it would be uneconomic to harvest them due to high carbon market prices.

Farms being converted to forestry would reduce downstream employment opportunities and have a negative financial impact on companies, such as meat processors and rural service providers.

‘‘The only income to the local economy that’s going to come off those places is rates.’’

The sale of the Clutha farm was one of five sales of forestry land or farmland for conversion to forestry in New Zealand to overseas companies approved by the Overseas Investment Office in July, including a 2018ha sheep and beef farm at Mount Trotter, near Palmerston.

Last week, it was revealed Ingka Group — one of 12 different groups of companies that own Swedish furniture and homeware giant Ikea — had been given consent to buy 5500ha sheep and beef farm Wisp Hill Station in the Catlins for a forestry development.

A PricewaterhouseCoopers report ‘‘put paid to claims that forestry automatically costs jobs and income at the expense of hill country farming’’.

The report stated on average, a forest had three times of a value chain impact than a sheep and beef farm.

More than twice as many people were employed in the same area of forest when compared with sheep and beef.

‘‘Rural communities around the world are declining. People leave for bigger cities and towns. It doesn’t need forestry to drive them away. Farms are amalgamating and mechanisation is increasing.

‘‘Even processing of primary products is getting more centralised. There are fewer than 50 meat processing plants or dairy factories. There are more than 130 sawmills.

‘‘Perhaps the perception is that forests don’t appear to require any work, and so can’t be productive. The trees just sit there and grow.’’

This is a govt, scheme which has not been thought through, Carbon farming is a good step but there should be a limit of 20% of the farm allowed to be put into forestry for carbon credits. Good farmland should not be allowed.
In a hypothetical scenario all of the large overseas polluting companies could buy up all NZ farm land and put it into a Carbon Forestry sink to use the credits to offset their pollution overseas .
We would have no agriculture and no down stream industries.
This is a scheme that sounds noble but needs some restraints.

Subsidies for owners of farm land were eliminated in the 1980's under Rogernomics.Now they are back.Forestry provides few jobs compared to sheep and beef farms.As for mechanism,the effect on sheep & beef farming has been matched by machines taking over manpower in the forestry industry over the last 30 years.

It’s interesting to follow the arguments for and against this upsurge in interest in forestry. Firstly let me explain my position. I am a firm believer in capitalism, an international free market believer, I support social programmes to support the underprivileged as opposed to socialist state controls over our freedoms and rights.
It seems that farmers are wanting a $ each way. Firstly they want to stop the govt from interfering how they manage their businesses, eg the groundswell mob, and if they can’t achieve that they want the govt (read taxpayer) to pay for it. Then on the other hand they want the govt to control the management of private land when it comes to planting trees.
You can’t have it both ways, pick a philosophy and stick with it. Either you believe the govt should have control of the means of production, distribution and exchange, in other words socialism, or you believe in private enterprise, free markets and a floating exchange.
You can’t have it both ways.