Taskforce to look at winter grazing 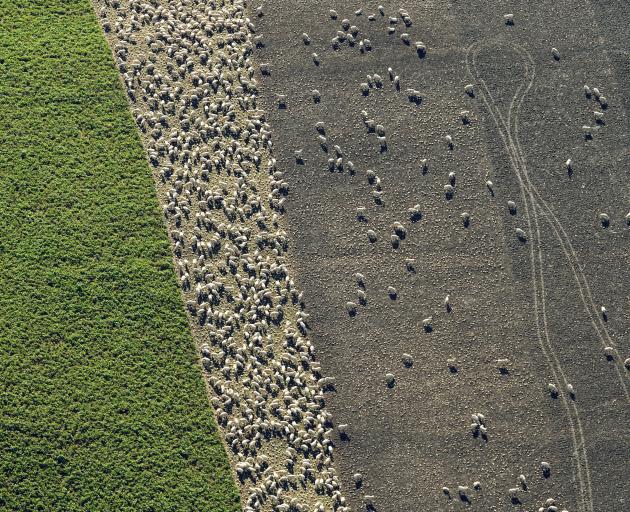 A taskforce group will meet soon to identify winter grazing issues and report back with solutions. Photo: Stephen Jaquiery
A taskforce is being established to respond to animal welfare issues associated with winter grazing practices, which have recently been in the spotlight.

Yesterday, Agriculture Minister Damien O'Connor said images of cows up to their knees in mud, unable to lie down and rest, and calving in those conditions, were unacceptable to both him and the public.

He was bringing together a group of vets, industry leaders and officials to identify the issues and bring him some solutions.

He had asked the group to meet for the first time in the next few weeks and to present back to him with ''first steps'' by the end of the month.

Winter crop grazing was necessary in some parts of the country to provide enough feed for stock at a time when there was not a lot of pasture.

Done well, it provided animals with quality feed to keep them warm over winter. Done badly, it meant cattle could be knee deep in mud which gave rise to ''completely justifiable concerns'' for their welfare, Mr O'Connor said in a statement.

Winter grazing also had an environmental impact, and the Government was working on ways to address that too.

''Unfortunately, it's another situation of a small number of farmers letting the side down and bringing everyone into disrepute,'' he said.

The Ministry for Primary Industries' animal welfare unit had stepped up its compliance activity and was keeping a very close eye on the situation.

She had strongly advocated for a working group to be formed, saying a collaborative approach was needed to assist farmers through a fair transition away from practices that compromised animal health and welfare.

''This is precisely what we have been advocating for. Together we can find solutions to make a difference for these animals, through an industry-wide approach that allows for a fair and just transition where needed.

''It's critical that farmers are supported as expectations change regarding the way some animals are wintered, protecting animals, the environment and New Zealand's reputation,'' she said.

Last week, Environment Southland chairman Nicol Horrell and deputy chairman Lloyd McCallum said there had been a real focus on Southland that week.

''While some will argue the photos and footage shared with media painted the worst possible picture, taken after high rainfall, they do show wintering practices that we as a council will not accept, nor can the farming industry.

''Some farmers need to step up significantly to avoid tarring the whole industry with the same brush,'' they said.

In the last few years, Environment Southland has been working with farmers and industry representatives, and using media channels to ensure the minimum standards of good practice were understood and adopted.

By planning, adopting good practice and seeking advice, farmers should be able to prepare for and mitigate most scenarios.

There was no excuse for ignorance of good practice, or for the rules around winter grazing, they said.