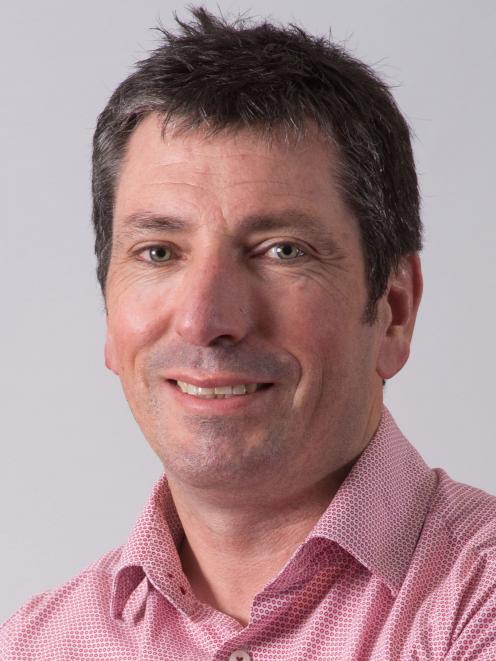 Yesterday, chief executive Sam McIvor said the Government had ‘‘repeated a mantra of ‘right tree, right purpose, right place’’’ but evidence showed that was not happening and it was threatening rural communities and the country’s future economic viability.

An independent study by BakerAg, commissioned by B+LNZ, showed a significant increase in the amount of farmland sold into forestry, driven largely by an increase in the carbon price.

While unable to identify exactly how much of the sheep and beef farmland was intended for pure carbon farming, it was estimated about 26,550ha of the 77,800ha of whole farms sold into forestry since 2017 were to carbon-only entities, based on examination of land titles.

The carbon farming debate has been particularly hot in North Otago. The sale this year of Hazeldean, a 2590ha sheep, beef and deer farm near Tokarahi, to New Zealand Carbon Farming, sparked public meetings and an apology from Waitaki Mayor Gary Kircher for not taking action on carbon forestry conversions earlier.

It dropped to 16,764ha in 2020 - likely as a result of Covid-19 - but rural intelligence suggested it had regathered momentum and moved into new regions, Mr McIvor said in a statement.

B+LNZ said the report also ‘‘busts myths’’ about trees going on ‘‘unproductive’’ land and reinforced the organisation’s view that the integration of forestry on farms was a better way of managing landscapes and meeting climate change targets.

The amount of land intended to change into forestry on average already exceeded the levels of afforestation recently recommended by the Climate Change Commission for meeting Zero Carbon Act targets, Mr McIvor said.

On average between 2018 and 2020, the report identified more than 29,500ha each year was intended to change into exotic forestry, which exceeded the 25,000 ha per annum of exotic pines identified by the Climate Change Commission.

The 29,500ha was from a combination of the plantable area of whole farm sales into forestry and funding to plant exotic trees within farms under two Government schemes.

The Climate Change Commission was suggesting the carbon price would rapidly increase and the sector was calling on the Government to work with it, and the forestry sector, on how forestry offsetting could be managed.

‘‘Without urgent action, the sale of sheep and beef farms into forestry will only accelerate if the carbon price increases, and fossil fuel emitters will continue to get a ‘get out of jail free’ card and not change their behaviour,’’ Mr McIvor said.

A common narrative was that planting was happening on non-productive farmland. The research found 64% of the planting was on low erosion or moderate erosion land, which was often highly productive hill country.

‘‘This idea that wholesale land conversion is happening on hills that aren’t productive, that are prone to slipping away, isn’t borne out by the evidence,’’ he said.

Mr McIvor stressed that B+LNZ was not against forestry and strongly supported the integration of trees on farms.

B+LNZ estimated that transitioning productive land to exotic forestry over the last three years had resulted in a reduction of up to 700,000 stock units (or 700,000 sheep), with downstream implications for processing companies and supplying services.

Asked for comment on the report, Agriculture Minister Damien O’Connor said the Government had always been committed to ‘‘right tree right place’’. It continued to closely monitor forestry planting and it was listening to people’s concerns.

‘‘We have to be careful not to cut across farmers’ rights to make decisions about their land. I note that the report says that during the period 47,000ha of planting has occurred within farming operations.

‘‘That speaks to farmers seeing the value of diversified land use and the potential for both commercial forestry and carbon credit income,’’ Mr O’Connor said.

Government afforestation estimates were based on a combination of land use mapping, nursery sales, and funding within the 1BT programme.

Estimates for what would be planted was hard to do, given the lag between land purchase, approvals and the planting activity itself, Mr O’Connor said.

Previously (for around 20 years) New Zealand experienced deforestation and today the forest estate was around 70,000ha smaller than it was in 2000, he said.

It would appear that many farmers have seen the writing on the wall and are happy to sell up and get out of the meat industry.

Farmers are backing calls to curb meat consumption in the UK following a major report released last month.
The National Food Strategy, which outlines how to improve health and protect the environment made headlines for setting the target to lower intake by 30 percent.
A consortium of farmers within the Food, Farming, and Countryside Commission (FFCC) urged senior politicians to take on board the report’s recommendations.
“…There are also recommendations that might make less comfortable reading for us, but which nevertheless deserve our firm backing.
“They are of course about eating less meat. This is such a sensitive issue, especially when UK livestock farmers are already committed to high welfare and reducing climate impacts. But as anyone who has looked seriously at the numbers knows…the reality is that people in developed countries do need to eat less meat overall.”
- PBN

To me this demonstrates the deepest level of hypocrisy.
Groundswell was calling for an end to Govt interference on how they manage their land.
Now here they are, through their union, demanding govt interference in how others manage their land.
As I see it, Groundswell is demanding the right to destroy the environment and to remove the right of others who want to protect it.
Go figure.

You have no knowledge of Agricultural Politics.Groundswell has no relationship with Beef & Lamb NZ or with Federated Farmers.In fact Beef & Lamb do not welcome Groundswell as they wish to remain as the Link between meat producing farmers and government.

If I have no knowledge of agricultural politics then you are doing a Lord Nelson and viewing the situation with a blind eye.
Federated Farmers leaders from all regions had no difficulty standing up and supporting Groundswell at their protest meetings.
Also B & L NZ have obviously failed to get their message out to their members as many of them, judging from the signs on their vehicles, were clearly fully behind Groundswell.
We all saw them in the news media reports.

Sales to forestry are not because farmers wish to exit producing meat. They are because they wish to retire, and other meat producing farmers cannot afford to pay as much as those who are buying to plant trees. The reason is that tree farming is subsidised via carbon credits. Rogernomics eliminated farming subsidies and now tree farming is being subsidised. That is contradictory behaviour. The problem the world has is not red meat consumption, but too many people.

You are right, tree planting is subsidised and this is not in accord with basic free market principles. So what?
Currently the consensus is that we are in a global climate crisis. Part of the accepted science to control this crisis is about implementing sustainable agricultural practices. The National Party signed us up to international treaties, The Paris Accord, that committed us to act to reduce our carbon footprint. The easiest way for us to do that is to plant trees, the easiest way to ensure it happens is to encourage the practice by subsidies. The subsidy is for carbon control, not tree farming.
Oh, and by the way meat farmers are subsidised to plant trees and fence for riparian planting as well.
Other countries expect us to honour our treaty promises. Already there are signs that if we do not reach the targets that John Key committed us to, they will stop buying our agricultural produce.
Your solution... Kill off the excess people?
The lone ranger of my youth was a solver of problems, an equaliser.

Apparently not all farmers agree with you. Furthermore it is not over population that is the problem but over consumption. We can not cull the population to reduce consumption but we can feed our population a better diet while reducing resource consumption.
A report released this week said,
"Our SDP scenario assumes an achievement of zero hunger by 2050 and a reduction of malnourishment by nearly half by 2030, taking into account the required higher food demand. We further assume that diets gradually shift towards healthy and sustainable patterns with less animal protein as recommended by the EAT–Lancet Commission36 and that the trend of increasing food waste can be reversed. As a consequence, we find no major trade-off between sufficient nourishment for the global population and the environmental indicators associated with food production41,42. For example, agricultural water use can be reduced by more than a quarter by 2050. This brings agriculture, which accounts for the lion’s share of human water use today, in line with planetary boundaries38. The reduced pressure on land also eliminates food price increases seen in the SSP1-1.5C scenario...

What's all the worry about? Once people realise that the cows and sheep have gone and as a country we have got rid of the only profitable industry in NZ I am sure we will manage surviving on what's left. Tree soup anyone?

The ODT reported the other day that forestry/logging was currently producing it's best returns ever. The farmer who hasn't put a few acres into trees each year since 1970 is a fool.

David is the voice of reason.

Voted the comment resulting in the best laugh of the day.