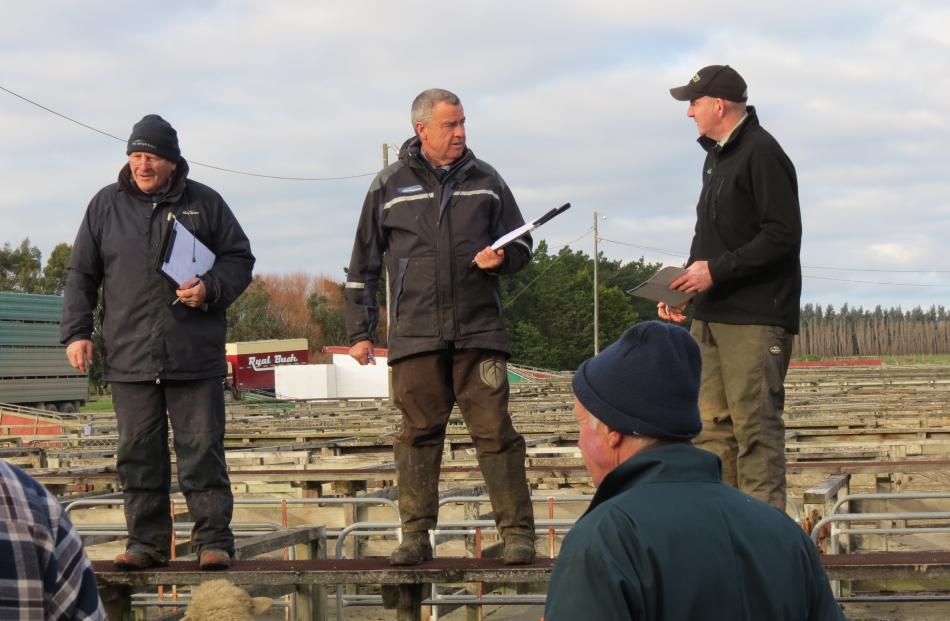 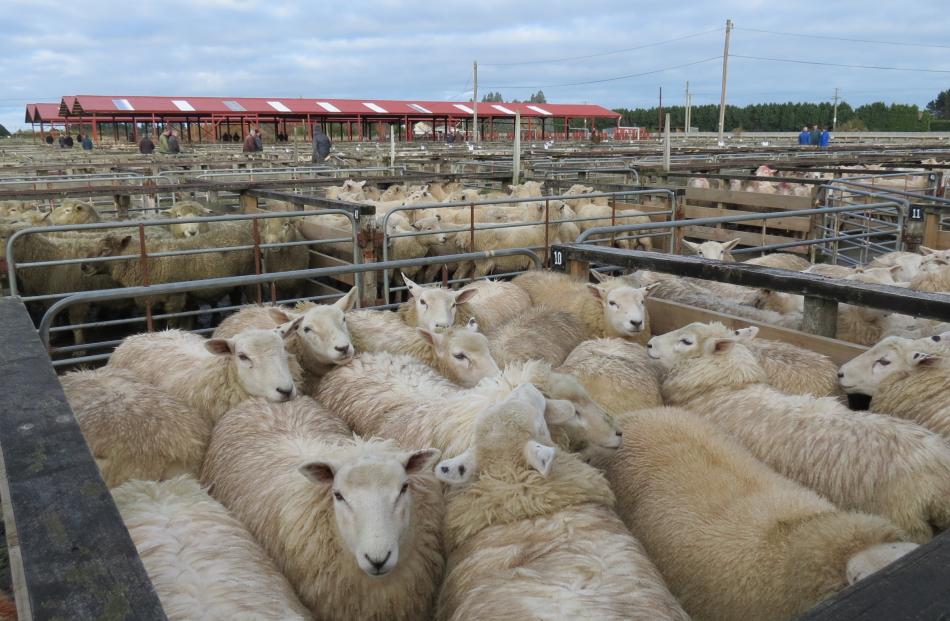 Store stock wait in pens in the Lorneville saleyards near Invercargill last week. 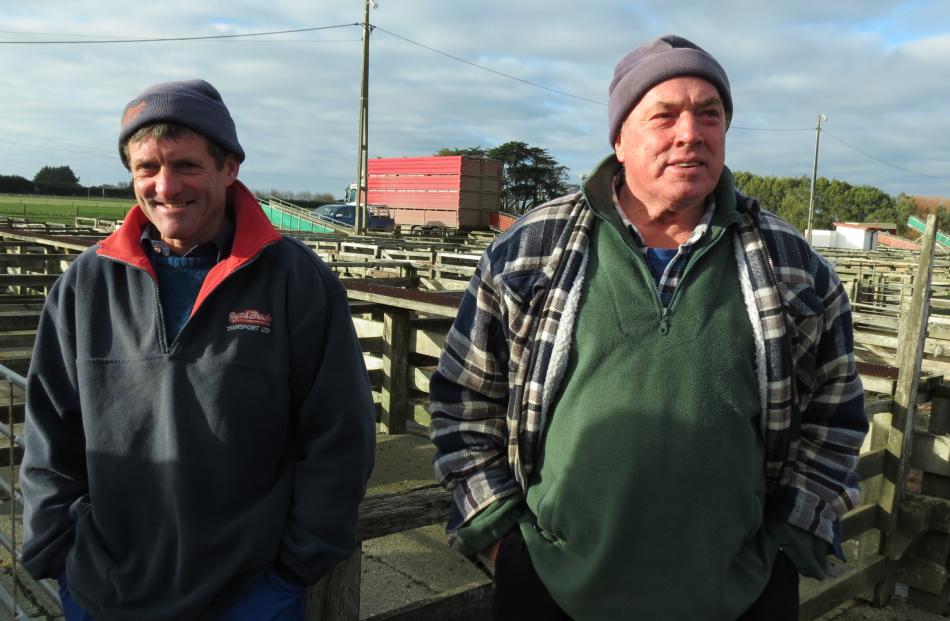 Charlie Smith, (left) of Ryal Bush Transport, chats with Eric Rowland, of Invercargill, as he waits to load stock. 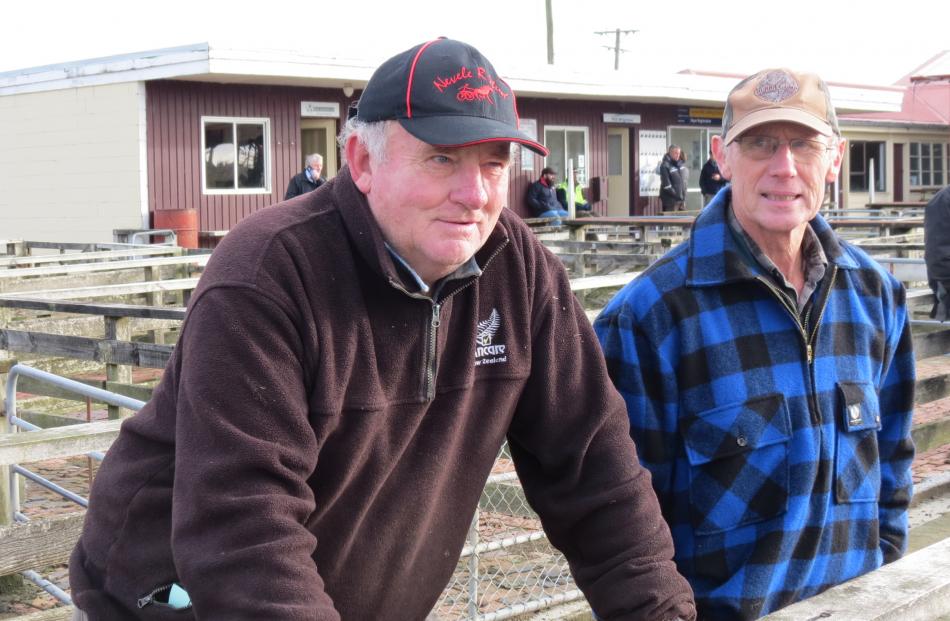 Brendan Fahy (left) and Rodney Botting, both of Woodlands, catch up for a chat. 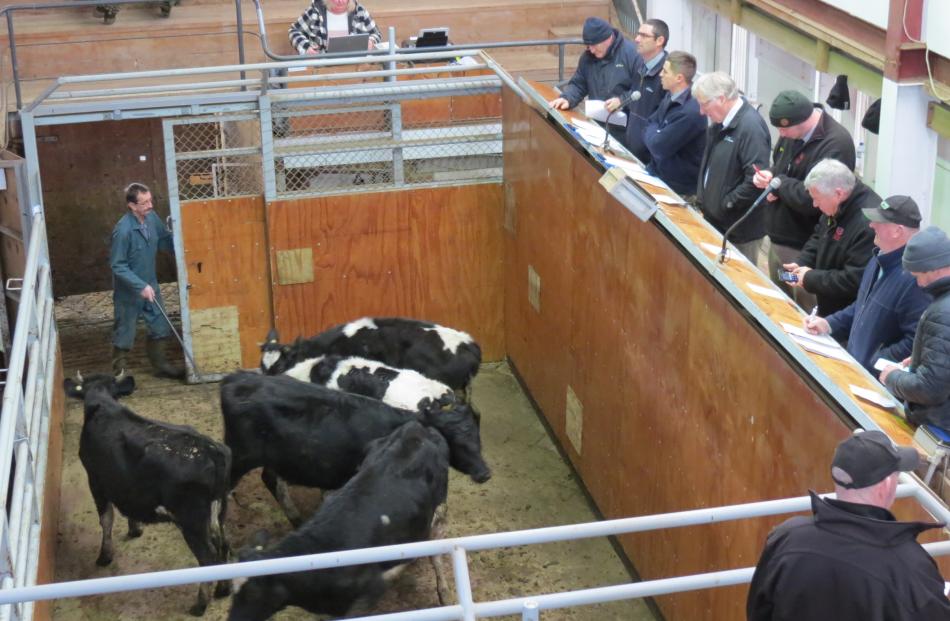 Auctioneers from various companies and a couple of potential buyers watch cattle brought into the sale pen. 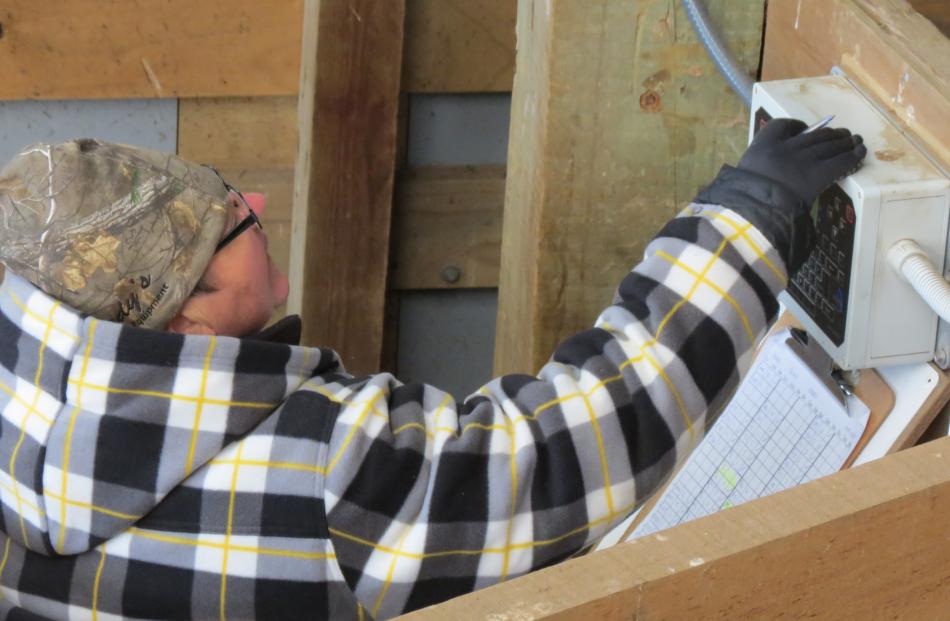 A well-wrapped up Cara Scott, of Underwood, operates the Nait scanner, to ensure all stock going into the sale pen have the appropriate tags. 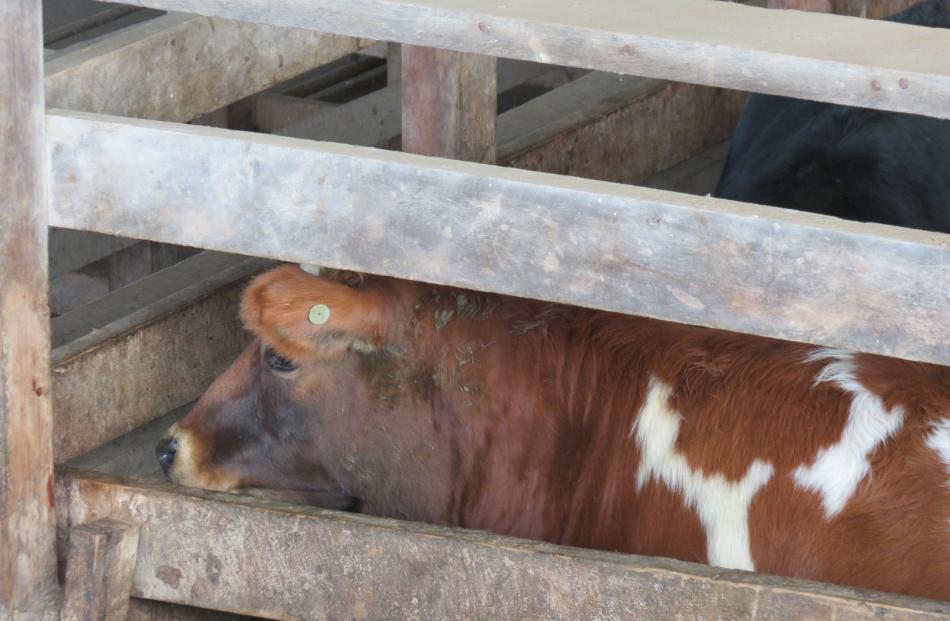 One of dozens of cattle offered for sale peers out of a holding pen.

Southern Rural Life stopped at the Lorneville yards, near Invercargill, last Tuesday [June 18], to have a look at the yards.

Woodlands farmer Rodney Botting said this season's prices for store and works lambs continued to be some of the highest he had seen.

He had farmed for more than 30 years.

This was the third season straight he had seen good prices in Southland, he said.

PGG Wrightson auctioneer Mike Broomhall said the prime top lambs at the sale fetched between $153 and $169 each, while the medium lambs were $139 to $149 per head.

''There are good prices at the moment.

''We are going into winter and people have held on to them for this long, so they have to get good money for them.

''They have been the best prices for two to three years, although it can fluctuate.''

Auctioneer and saleyards director Terry Cairns said he recalled the day years ago when there were sheep in the bedroom of the saleyard's manager's house, which was on site.

''They were shifting some sheep nearby and their gate and door was open, so another mob of sheep rocked in and made a huge mess, as you could imagine.''

He was and still is a saleyards director and had to get in the commercial cleaners and flowers for the manager's wife.