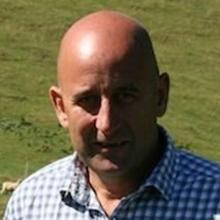 Richard Thorp
Oamaru Meats is still working through the problems that forced it to shut down in September.

The company, owned by China's BX Foods, stopped all processing after access for its beef to China was suspended.

Director Richard Thorp said about 140 staff were stood down while managers worked with New Zealand and Chinese authorities to regain the lost access.

A Ministry for Primary Industries spokesman said the suspension was not related to food safety issues and applied "only to Oamaru Meats and not to exports from any other New Zealand meat establishments".

Mr Thorp said the situation had not changed.

"We're still in a holding phase."

A few staff had been called back in for some repacking work from time to time since the closure, he said.

He understood some staff had found alternative work at the Alliance Group Pukeuri plant just north of Oamaru, but would not know how many "until we make a call on our staff".

Oamaru Meats was genuinely very pleased for those who had found other work, Mr Thorp said.

Meanwhile, the "very small team" left at the site was taking advantage of the opportunity to "review a lot of documents, processes and procedures", he said.

Livestock that was scheduled to be processed by Oamaru Meats had been rerouted to other abattoirs.

Pukeuri plant manager Phil Shuker said Alliance had recently taken on about 40 staff from Oamaru Meats, "and they have fitted into the team well".

"We know this is a difficult time for those employees affected and we are happy to provide them with employment opportunities," Mr Shuker said.

"Alliance has also recruited a number of students for the November-February period.

"Approximately 1000 people are currently employed at Pukeuri, so this is great news for the local community and the regional economy."

Mr Shuker said three chains were processing lamb and mutton at the plant.

"Beef processing set a new record at the end of the season and we have processes and systems in place to improve on that if required.

"This reflects our commitment to strengthening our performance in beef and supporting our farmers shareholders."