Mangapiri Downs organic stud farm’s Tim Gow with Shire stud rams. Photos: Supplied
Imagine a breed of sheep that requires no dagging, shearing, vaccinations or dipping. It is highly fertile, lives a reproductive life of 15 years or more and puts all of its energy into producing meat.

It has been a 30-year labour of love for Tim and Helen Gow and their family at Mangapiri Downs organic stud farm and this year they are busy selling more than 100 Shire stud rams.

The Gow family established their Wiltshire flock in 1987 after seeing them in England a couple of years earlier. 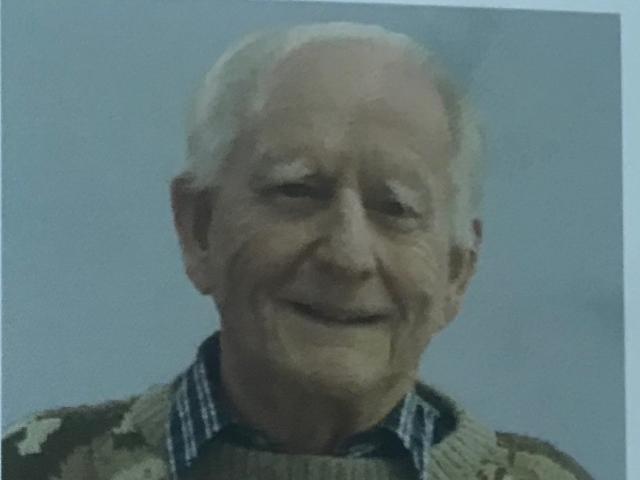 Tim Gow’s late uncle Scott Dolling was a sheep geneticist from South Australia. He gave Tim hugely valuable breeding advice when he was setting up his stud.
‘‘Wiltshire horned are believed to have descended from the Persian hair meat sheep brought to Britain by the Romans as the first British meat sheep,’’ he said.

The breed was imported to Australia in 1952 and when wool prices collapsed in the 1970s, more were imported and some came to New Zealand.

The breed expanded in the 1980s with an open flock policy using the breed’s growth rates and leanness characteristics to develop high-performing Wiltshire poll rams for use as terminal sires, and Mr Gow found the Wiltshire breed great for organics.

Wiltshires mainly shed what fleece they do grow in spring and summer.

Mr Gow said his late uncle Scott Dolling, who was a sheep geneticist from South Australia, gave him breeding advice utilising the hair strain in both his Wiltshire and German mutton (white headed marsh) sheep.

‘‘Over many years, Scott visited us here and realised that the unusual hair ram lambs I showed him in 1998 were just like the old Persian hair meat breed; always hair-covered, with a distinct look to it. 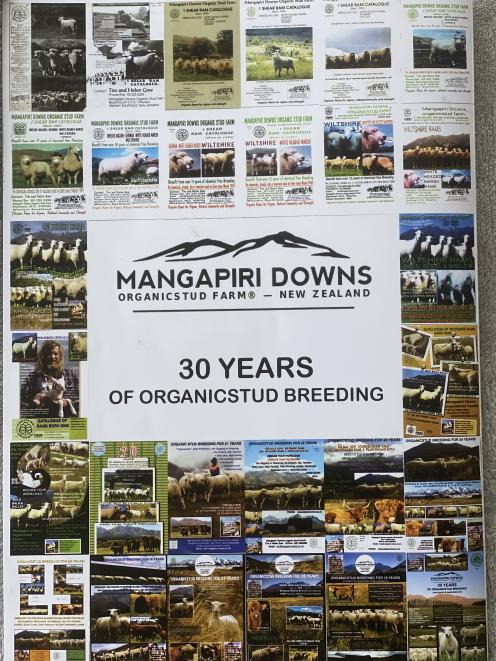 This year marks 30 years of stud breeding for Mangapiri Downs stud farm.
‘‘He analysed the strain in our flock and helped me develop it using the German mutton, which has the Persian hair strain too. We had the largest flock in New Zealand of this imported breed and had found the German mutton strain of white headed marsh the best wool breed for organic meat.’’

Over the many decades, Mr Gow has developed this new Shire breed. It is unique to New Zealand and complements an organic farming system very well, as the breed is known for its vitality, longevity, natural immunity and meat.

Organics is something Mr Gow said must have rubbed off on him at a young age. ‘‘When my father died, I was only 9. Mum was a great stock farmer and she was also a keen grower of organic vegetables using compost.’’

Mr Gow travelled a lot before he bought a block of land from the family in 1980.

‘‘Having high debt, the bank expects you to farm conventionally and do what everyone else is doing. But in 1985 my mum and I travelled through China and I [travelled] through Russia and around Europe with my wife, Helen. We saw organic farming and the development of organic markets. When we got back we found we were disillusioned with conventional farming and worked towards being certified organic in 1989.

‘‘A lot of the modern breeds of sheep are heavily reliant on chemicals to keep them alive; they don’t do well in an organic system. The Shire breed has been the key to us not just surviving in an organic farming system, but thriving.’’