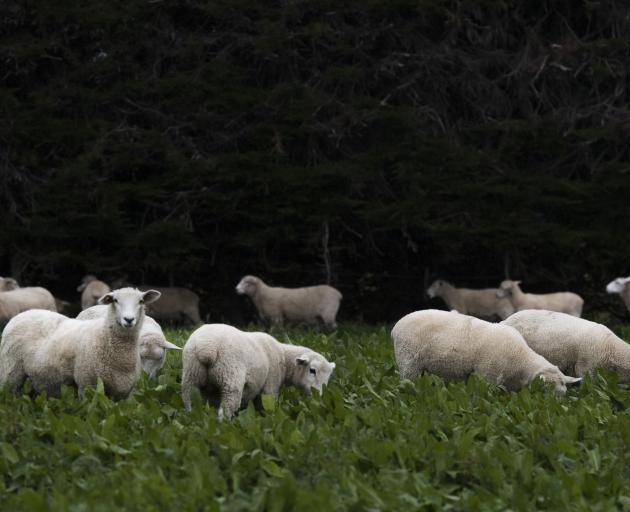 Speaking at a roadshow meeting in Oamaru this week, Mr Surveyor said it was also very pleasing to announce a profit distribution would be made to shareholders.

Last year, the company posted an operating profit of $8million, down from the previous year's $20.2million, and did not make a distribution to shareholders.

Chairman Murray Taggart said the company had made "really good" progress again this year but there was "still plenty to do".

The emphasis in its strategy was changing from the cost-out part of transformation to capturing more value, Mr Taggart said.

The regulatory environment facing farmers felt like a "perfect storm". Alliance Group had submitted on the Emissions Trading Scheme and would also be submitting on the Government's freshwater policy proposals.

As a company, it had been developing its emissions strategy and would do what it could to be responsible in that area.

Where economically feasible, he advised farmers to be proactive and do what they could environmentally. 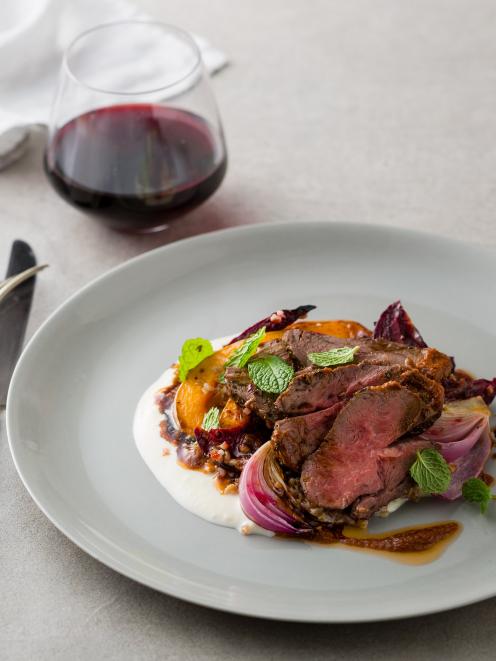 Zaatar-rubbed Te Mana Lamb with pomegranate dressing, feta curd and mint.
It was also important for farmers to have their voice about proposed regulation and legislation.

Alliance Group very much supported care for the environment but that had to be balanced with care for farming families and rural communities, Mr Taggart said.

The world was uncertain; there was the United States-China trade war and Brexit, while some European countries and Japan were on negative interest rates.

But it was "not all bad there". China, Alliance's biggest market, continued to grow and there were "real opportunities".

Mr Surveyor said there had been a huge amount of volatility this year and a lot of disruption in the industry, including in livestock procurement and with plant-based protein. So far, the rise in plant-based protein had no impact on the way Alliance Group was conducting its business.

Acquiring a 50% interest in the Scales Group pet-food subsidiary Meateor, at a cost of $15 million, earlier this year was very important and was a conscious choice to move the business up the value chain, he said.

Discussing its Te Mana and Silere lamb programmes, Mr Surveyor said Alliance now had "irrefutable" evidence it was capable of differentiating red meat to get a premium.

Taking the model learned in lamb, the company would apply it to beef and it would be "stepping up its position" to differentiate beef. It had been behind some companies in beef but that would now change, he said.

Remaining a 100% farmer-owned co-operative was "absolutely" the future of the business. More people were wanting to be part of a co-operative model and Alliance Group was being asked for more capacity and availability for the North Island.

About $1.4million had recently been spent to "de-bottleneck" its Dannevirke plant, increasing capacity there by 20%.

Alliance Group would invest in more beef capacity in the North Island only if it was going to add value to all existing shareholders, he said.

The company was "thinking deeply" about the future of its Lorneville site, in Southland, where a lot of money had been invested in recent years.

A potential capital spend of between $55million and $70million had been discussed to release the capability of the site. It was pondering ways to fund that structure and did not have an answer yet.

The company was also thinking about setting a price that married the needs of the farmer and the co-operative.

A major exercise was now under way to help shape and define what form the next iteration should take, he said.

In providing a forecast market range for quarter one (October to December) and quarter two (January to March), acting general manager livestock and shareholder services Danny Hailes said there was some "pretty good news" for farmers.

African swine fever had had a devastating effect on China's pig herd and had adversely affected other Asian countries, including Vietnam and South Korea. Literally millions of pigs were being slaughtered, Mr Hailes said.

China was a big consumer of pork protein and the "big winner" had been beef. Mr Hailes did not see the situation resolving itself any time soon, saying it could be some years before China got on top of it.

- Nominations are open for this year's director elections. Both Mr Taggart and Don Morrison, retired by rotation, are up for re-election and both are standing.