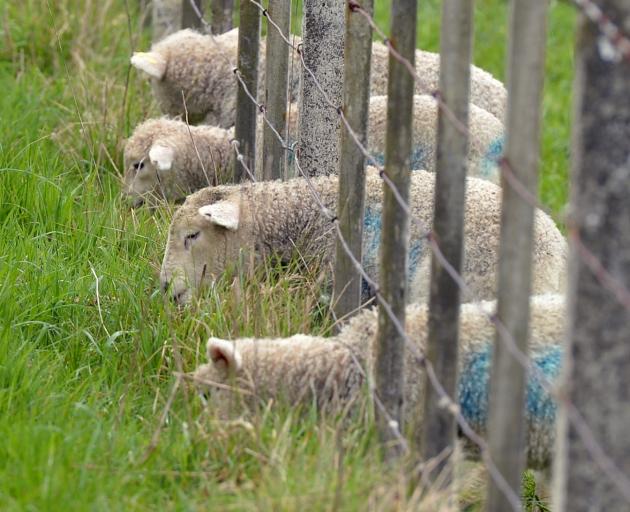 Changes to the British lamb industry as a result of Brexit are expected to impact market supply and demand dynamics. PHOTO: STEPHEN JAQUIERY
The signing of a veterinary agreement between the United Kingdom and New Zealand will provide reassurance to farmers and exporters, Beef + Lamb New Zealand chief executive Sam McIvor says.

Uncertainty has prevailed in the red meat sector since the Brexit vote in 2016. The UK accounted for $560million worth of the sector's exports, dominated by sheepmeat which represented 85% of that total.

In a joint statement with Beef + Lamb, Meat Industry Association chief executive Tim Ritchie said the signing of the agreement, together with recent advice from the UK about the acceptance of EU health certificates post-March 29, meant the sector was assured existing regulations would remain the same.

That would help alleviate some of the immediate concerns held by exporters, Mr Ritchie said.

The veterinary agreement was key to New Zealand's sheep and beef exports to Europe as it established the principle of equivalence of sanitary measures and had reduced many potential trade irritants.

It had improved communication and co-operation on sanitary measures and had streamlined requirements to enable trade. The same would now apply to the UK.

The UK was an important market for New Zealand high-value chilled lamb exports and Brexit fell at a critical time of Easter trade, Mr Ritchie said.

It was important all steps were taken to secure continuity and stability for exporters through the Brexit process, he said.

Other aspects of the trade relationship still needed clarification, including around animal welfare standards recognition and ongoing documentation requirements.

"While we still need to work to get clarity around how our quota rights will be recognised, we support Prime Minister Jacinda Ardern's statement that New Zealand should not be left worse off as a result of Brexit - with our top priority being continuity and stability which is in everyone's interest, including the UK's," Mr McIvor said.

Silver Fern Farms' latest update to suppliers said UK authorities would be accepting consignments which had EU certification and documentation for a period ending six months beyond the Brexit date and would not be instigating additional custom checks at border ports.

That gave the company confidence that product would flow into the UK as usual, which should minimise disruption to chilled arrivals for Easter.

It was still expected product flowing from the UK into the EU would face new certification and documentation, as well as tariffs added to the majority of products.

While that situation was yet to crystallise, it was expected the changes to British lamb would affect market supply and demand dynamics.

One possibble outcome could be that domestic lamb remained on the UK market to compete with New Zealand imports. That could create price tension, driving returns lower.

On the flipside, the lack of product flowing from the UK into the EU - its major market - might create opportunities for New Zealand to supply, although the five-week shipping time made it less able to react with speed to short lead-in times from customers.

Farmers had experienced excellent grass growth, with a subsequent loss in pasture quality, and lambs were not doing so well.

The Easter chilled programme started on January 28 and the company was looking at lamb flows to ensure it was able to get the volumes required while also meeting specifications.

The volume of ewes was lower than normal but there was possibly a rebuilding of capital stock. There was still strong demand for mutton, she said.

As for Brexit, there was already some softening in customer demand in the UK. If the UK could not export lamb to the EU, it would either keep it at home or put it on the global market, Ms Stacy said.