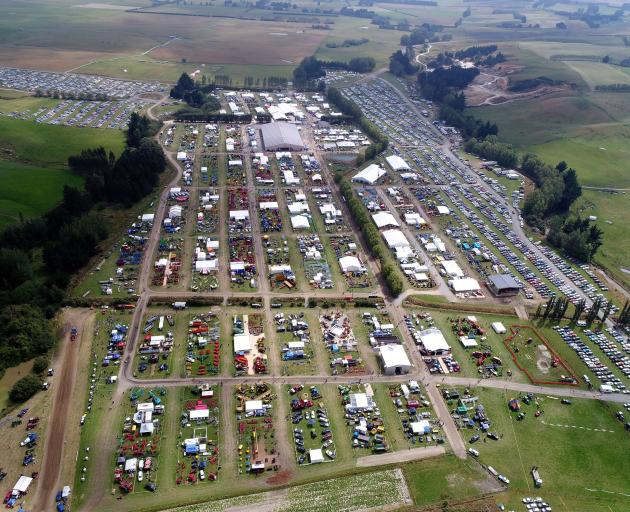 An aerial view of the Waimumu field days. Photo: Stephen Jaquiery
It's nearly a full house for next year’s Southern Field Days at Waimumu.

The event, the largest event of its type in the South Island and second only to Mystery Creek nationally, is held every second year — next year from February 9 to 11.

Trade site bookings were already at 95% and organisers were "pretty stoked", considering the climate caused by Covid-19 over the past year or so.

It reflected there was still positivity in the agricultural sector, publicity officer Justine Williams said.

The Otago-Southland final of the FMG Young Farmer of the Year contest would be held during the event and would be an added attraction, she said.

There would be the usual entertainment including a tractor pull, innovation awards, speed shearing, fencing and digger competitions.

Planning started as soon as the previous field days finished.

The role of the secretary, Jude McNab, was "massive", alongside the huge amount of work put in by the volunteer committee. But the committee had always had a "can-do" attitude, she said.