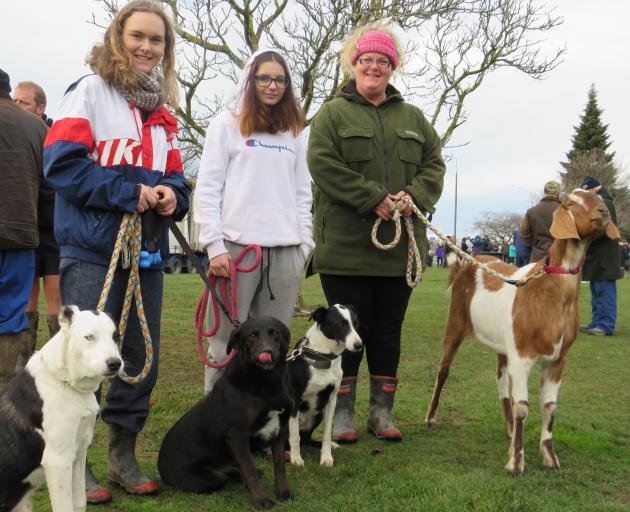 Ellen Jones (left), Tori Cheals (centre) and Jen Bothwell, of Southbridge, along with goat Jeffrey (2) and three canine friends attended the Ashburton protest to support the farming community. PHOTOS: TONI WILLIAMS
Any rural and urban divide was well and truly closed last week when more than 1000 people rallied in downtown Ashburton as part of the nationwide Howl of a Protest.

Farmers, contractors, tradies and supporters lined up in their tractors, utes and trucks along West St, and surrounding areas of the Ashburton Domain to rally against government regulations.

Many were directly affected by proposed legislation but others were there to show their support for the rural community.

The nationwide protest, instigated by Groundswell NZ, raised so much interest in Mid Canterbury it was running an hour behind as vehicles made their way there from northern and southern points from outside town gathering at Ryal Bush Transport on Maronan Rd, and Rural Transport on Northpark Rd before making the slow trip into Ashburton. 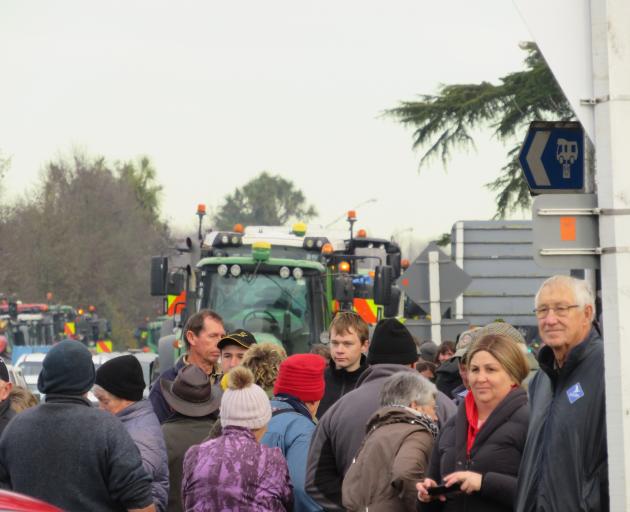 More than a 1000 turned up to the protest in Ashburton on Friday.
Attendance exceeded the expectations of Ashburton organisers Jodan Townshend and Joseph Gillies.

It was the same message nationwide.

A dog howl then followed.

The protest encouraged everyone to bring their tractors, utes, and dogs to towns across New Zealand to protest a range of new and proposed regulations. More than 50 towns took up the mantle.

The regulations included freshwater and winter grazing, significant natural areas, indigenous biodiversity and the unpopular ‘‘ute tax’’— a new rebate scheme, which would place a fee on higher-emission vehicles.

‘‘Groundswell NZ has put a stake in the ground and said enough is enough.

They were calling for a halt to all environmental regulations including freshwater, indigenous biodiversity/SNAs, climate change, high country legislation and remove the ute tax.

‘‘If in one month’s time, August 16, we have not seen sufficient moves by the Government to address our concerns we will be undertaking further actions.’’