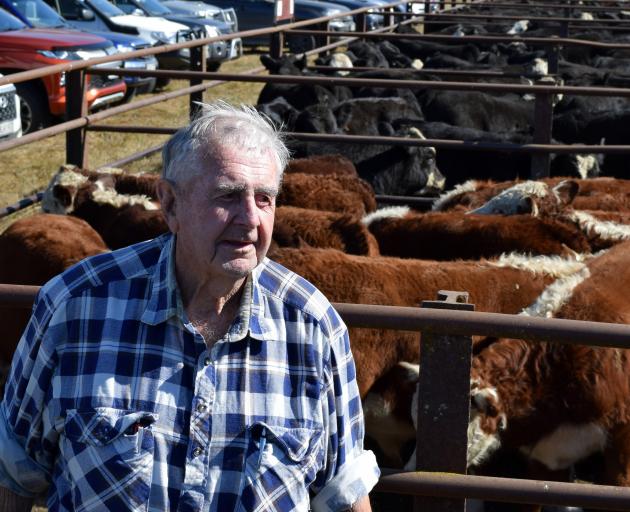 Mr Knight, of Millers Flat, said in the 1950s, the footprint of the saleyards was much bigger and stretched across both sides of Teviot Rd. 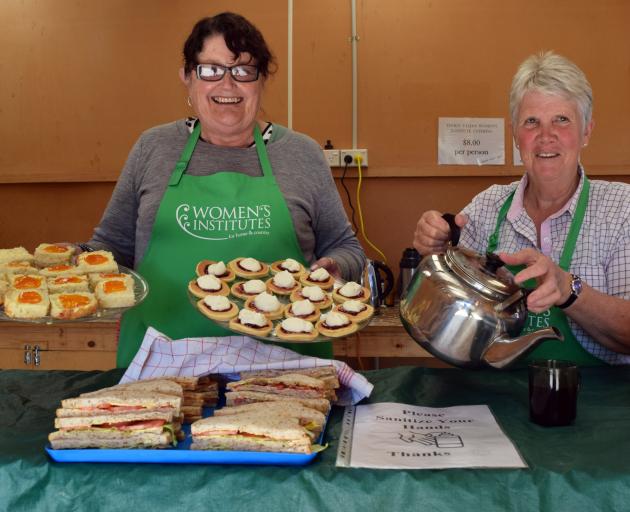 Serving morning tea at the Mt Benger Calf Sale are Teviot Valley Women’s Institute president Gaynor Crabbe (left), of Coal Creek, and Barbara Blacker, of Knobby Range.
The stock inside the pens were skinnier then because of a rampant rabbit population eating their feed.

"It was all store stock and not a hell of a lot of fat stock because there were rabbits everywhere — thousands of the buggers."

He sold his company in 1985 but continued to attend all the events at Mt Benger saleyards, including the calf sale last week.

At the sale, he shouted smoko for his son, Richard, a former Otago rugby player, who manages South Otago Transport in Balclutha. 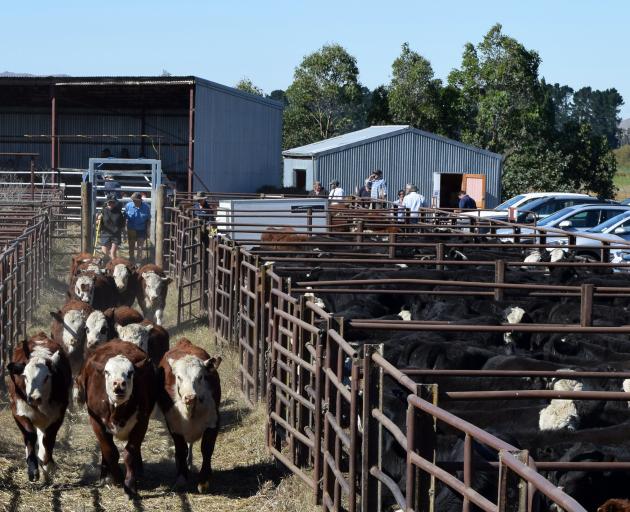 Drovers move a pen of calves at the Mt Benger Calf Sale near Roxburgh.
Teviot Valley Women’s Institute members put on the smoko.

Institute president Gaynor Crabbe said members had been serving smoko at the saleyards for at least 15 years.

For a set fee, diners got a bottomless cup of tea or coffee and a selection of sandwiches, scones and pikelets.

"Where can you get three things for $8?"

All the money raised was given to community organisations, such as St John and the Otago Rescue Helicopter Trust.

PGG Wrightson agent David Lilley said there was good demand for steer calves at the sale.

Prices for heifers were down on last year, with top calves selling for between $550 and $600.

"Heifers were harder going with dry conditions impacting on the market."