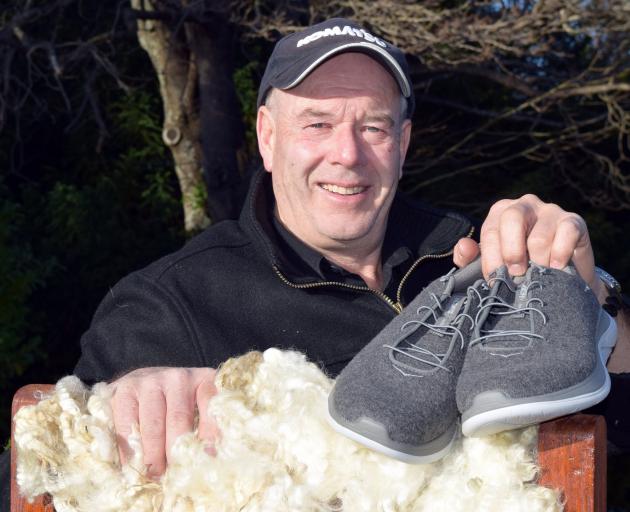 A change is needed because the "ridiculously low" price for strong wool is driving him to use the fribs and dag wool as fertiliser.

"I felt it was better value as fertiliser than selling the stuff." 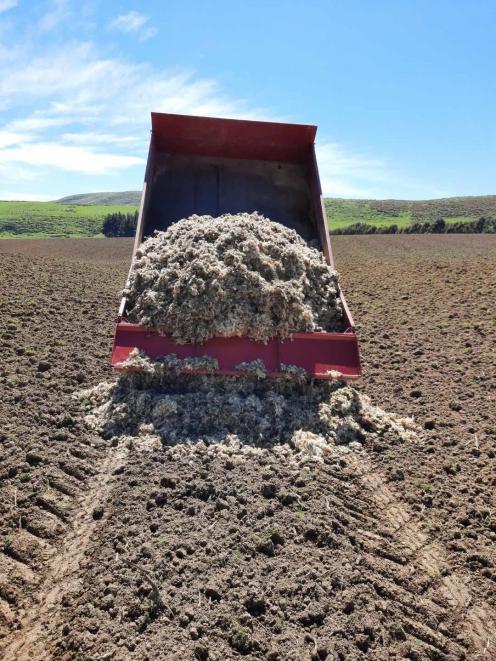 A truck spreads fribs and dag wool for fertiliser on Mark Copland’s farm in Eastern Southland in October last year.
In November, about 2100 farmers will be eligible to vote on a proposed merger between grower-owned export and marketing company Wools of New Zealand and Primary Wool Co-operative to form a fully integrated supply chain business.

Mr Copland, who runs crossbred sheep on more than 320ha at Ferndale, about 20km east of Mataura, gets to vote as a co-operative shareholder and intends to vote yes.

"Selling wool to a company that has no plan is no longer an option."

He hoped the merger would end the fragmentation of the strong wool industry and stop the "squabbling" in the marketplace.

"Finally we will have some cohesion."

He blamed the fragmentation for strong wool growers being paid prices "way below production cost".

"We’ve got to come together — this merger is a step forward in the right direction."

The time was right for wool as it was a natural fibre and consumers were moving away from synthetic products. 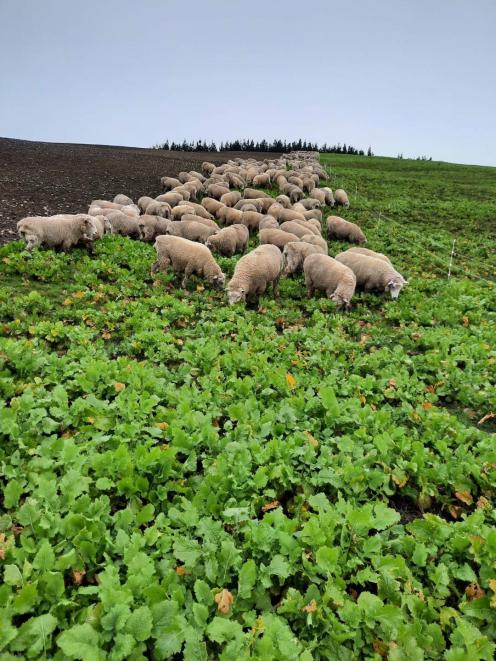 Crossbred Romney ewes eat swedes and turnips on Mark Copland’s farm in Eastern Southland last week.PHOTOS: SUPPLIED
"The tide is turning for the betterment of wool."

Technology had improved so strong wool could be used to create a range of products.

The days of strong wool creating heavy and itchy clothing had passed, he said.

Wool carpet was better for the environment than synthetic equivalents, he said.

He and Charlton dairy farmer Peter Hargest made a submission to the Gore District Council annual plan asking it to use wool carpet in next stage of the redevelopment of some of its buildings.

The council had signalled it would look at wool carpet as an option, he said.

"We will wait and watch."

He was confident farmers would vote for the merger to go ahead because it should have happened years ago, like Fonterra and Zespri had.

"Nothing ventured, nothing gained."

However, the "resurrection" of the wool industry needed to be commercially driven.

He did not want the New Zealand Wool Board to be re-established and for farmers to pay a levy.

The wool board lacked a vision and "smacked of snouts in the trough".

Federated Farmers Otago president and sheep farmer Mark Patterson, of Lawrence, said he was a co-operative shareholder and his vote would be a "strong yes".

The merger was not a "silver bullet" but would be the start of a new structure to improve returns for wool growers.

Wool growers were "frustrated beyond belief" producing a sustainable, natural product which they lost money on.

"If we are going to get out of this we have to take matters into our own hands."

“Growers have been asking for consolidation and now they will get the chance to have their say.

"Together, we can deliver the vision and scale required to make a real difference to New Zealand’s struggling wool industry.”

Primary Wool Co-operative chairman Richard Young said the strategy of the merged organisations would shift from wool as a raw commodity to grower-owned and branded consumer wool products.

"The development of an integrated supply chain aims to improve returns for our growers.”

He said he was waiting for more information before deciding how he would vote.

However, he was a "fan of a nice, strong co-operative".

"Having a fragmented industry hasn’t done us any favours in the last 15 to 20 years."