By Laura Smith
0 Comments
Watching bees burn would have to be one of the most difficult things a beekeeper could do - it is also an experience more Southland apiarists will have to face.

It is the consequence of the spread of destructive bee-killing disease American foulbrood (AFB). 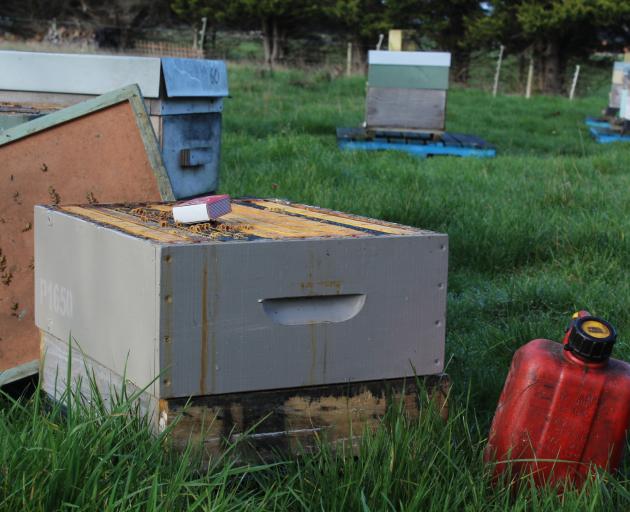 He said through his seven seasons as a beekeeper, he had never seen the disease in Southland before this year.

The Southland Bee Society first encountered AFB at a Limehills location in January, he said. 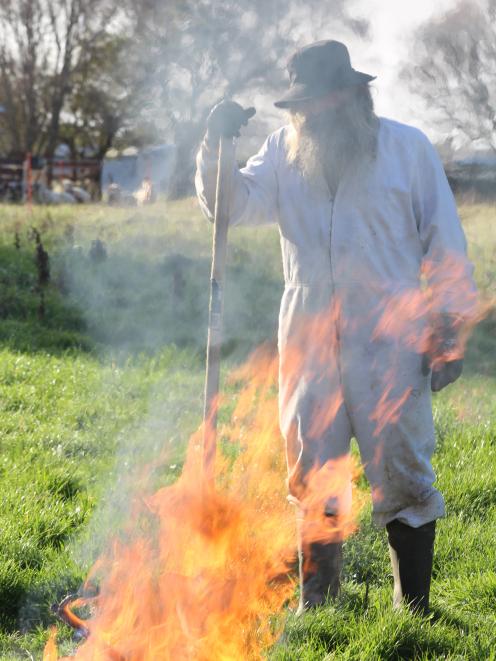 Southland commercial beekeeper Geoff Scott demonstrates what to do with an American foulbrood-infected hive - burn it.
AFB can prove devastating - both financially and emotionally - it would take about two and a-half years to see a return in profit from starting a hive from scratch.

American Foulbrood is one of several pests that cause issues in the apiculture industry. Nationally there were 2936 reported cases in the past year.

In Southland, there were 87, and while the national numbers have remained constant, American Foulbrood Pest Management Plan national compliance manager Clifton King said there had been an increase in the region.

''We're currently investigating to see what might be causing that ... we don't currently have a clear answer at the moment.''

He said it was beekeepers and their practices that were responsible for controlling the disease from spreading, with 14,481 registered hives in Southland, and said it was important for people to know how to recognise AFB and respond.

Although there were multiple reasons why it might be spreading, possible factors could be unregistered beekeepers and unmonitored hives

or hobbyist beekeepers not knowing how to identify the disease, and therefore unknowingly contaminating other nearby hives. 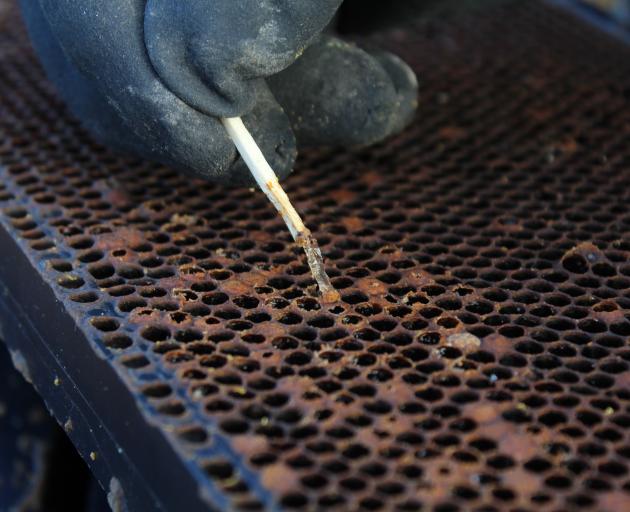 The ropiness test for AFB.
The Southland Bee Society will host a meeting on July 17 and wants people to attend to learn about the disease, including how to identify and deal with it.

Mr Scott said they would offer to check hives for free - ''because that will benefit all of us''.

The meeting would be held at 6.30pm at 177 Don St, at the 2nd NZEF RSA opposite the Invercargill Medical Centre.

Mr King said an Invercargill AFB recognition course would be held on September 8, and people could learn more on their website: afb.org.nz.