Aquifer scheme off and running 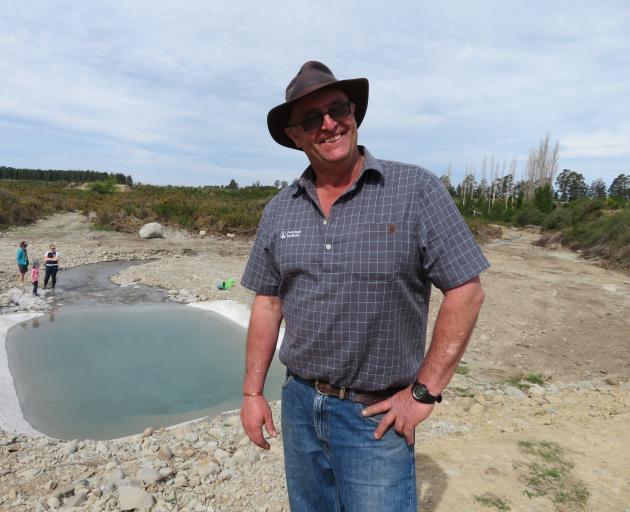 Peter Lowe at the opening of the Hinds managed aquifer recharge site. Photos: John Keast
A switch was flicked, Rangitata River water bubbled in a basin, then slid along a man-made creek bed in the dry South Hinds riverbed.

It is there it will do its work: increase flows in the Hinds River - often dry in its middle reaches - replenish underlying aquifers, feed newly planted native plants, enhance a wetland and, it is hoped, enhance bores used to supply water to Mayfield.

The water was released last week as part of the work by the Managed Aquifer Recharge Governance Group's project to boost aquifers, dilute nitrates and lift river and stream flows.

The group's central site is near Tinwald, and it operates several much smaller sites, but the release into the South Hinds may yet be its crowning glory.

The water - up to 200 litres a second - is consented but unused Ashburton District Council stockwater.

It is released from the Rangitata diversion race near Mayfield.

The diversion race has a control gate system near the South Hinds. In an emergency, if the radial gates at Klondyke blew out, the water in the races could be caught and released through siphons - and the water is drawn off there into a concrete settling basin before flowing into the stoney bed of the South Hinds riverbed.

Hundreds of native plants have been put in there, and sanctuaries created for lizards. 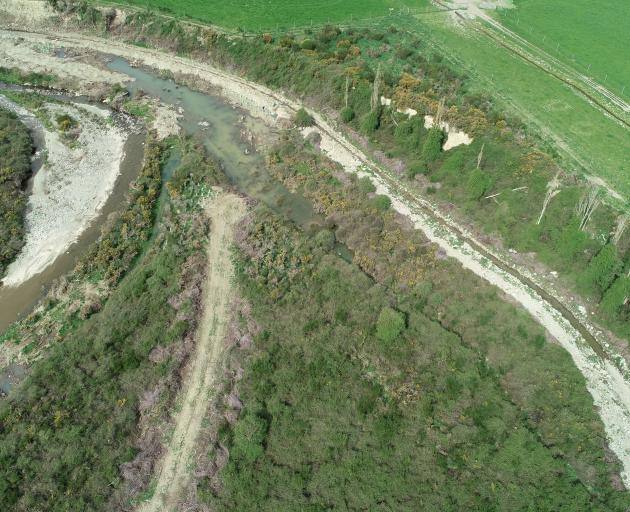 Rangitata River water bubbled in a basin, then slid along the man-made creek bed in the dry South Hinds riverbed as part of the managed aquifer recharge system.
The community-based governance group is working with Environment Canterbury, Rangitata Diversion Race Management Ltd, Te Runanga o Arowhenua and the Ashburton District Council in the project.

Governance group chairman Peter Lowe said the project ticked many boxes and of all its sites, the one at South Hinds was likely to be the best.

The primary objective of the Hekeao/Hinds River Project is to increase the reliability and flows of the Hinds River to improve ecological and cultural values while also increasing natural recharge to aquifers.

The water will also link with a wetland and it is hoped eels will move into the area.

Another design feature arises out of Te Runanga o Arowhenua's interest and overall benefit in re-establishing native species on the flood plain.

This area is now covered in broom, gorse, blackberry and muehlenbeckia.

The area has been seed-bombed and planted physically and it is hoped to reclaim 24ha of river flat. Seed was sourced from Te Runanga o Arowhenua.

The area is also home to three lizard varieties and existing rock piles have been extended and lizard food varieties planted.

A wetland between the two recharge areas also has the potential for eel and other species.

The governance group has permission to use up to 500 litres a second of Ashburton council water.