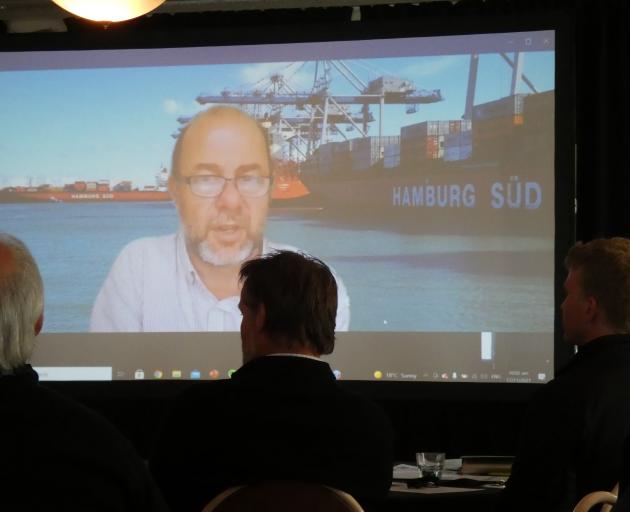 Shipping lines are painting a grim picture of gridlocked sea deliveries for exporters, with little relief in sight from high charges.

New Zealand’s isolation has made shifting material into and out of the country more difficult during Covid-19 and this is being compounded by demand outstripping container vessel numbers.

The reliability of arrival schedules has dropped to about 10% of previously, with transit times stretching out and delays lengthening as containers sit in ports waiting for connecting vessels.

A major shipping line is understood to have more than 10,000 containers in Asia waiting to come to New Zealand.

Hamburg Sud New Zealand general manager Simon Edwards says the challenging events of the past 18 months had not been seen before.

He said every shipping line in the world was feeling the heat.

‘‘We do not expect significant change in the fundamentals in the next 12 months to what we’ve seen operating the last 12 months. So essentially what we’ve got we’ve got to get used to.’’

A return to air travel soon will result in more belly space for airfreight, but some goods which shifted to shipping will continue with sea crossings.

Port congestion will prevent ships from working to tight schedules next year with land infrastructure and labour shortages unlikely to be fixed overnight, he said.

‘‘In the New Zealand to the US West Coast trade we would normally operate 52 sailings a year. This year by the time we finish December we will probably only operate around 37 or 38 voyages in that trade lane. That’s a 28% reduction in capacity and it’s not because the ships are smaller it’s just they’re not turning up as frequently.’’

He said they were frustrated with skyrocketing freight rates, clogged ports and worker shortages.

‘‘It’s exceptionally discouraging for our exporters to see years of sweat equity eroded and the inability to export our products from this country. This is becoming more damaging when the same overseas purchasers of our products review their relationships and look to source from other countries closer to home.’’

By the time most ocean liners reach Australia they are already behind schedule and the journey to New Zealand just extends this.

‘‘Sometimes they don’t even come to all ports, they blank out ports which causes great angst again and sometimes they even bypass us altogether, but that’s not quite as common.’’

He said ongoing industrial action by unions in Australian ports was not helping.

That had forced container ships to wait up to 18 days in Sydney, nine days in Melbourne and eight days in Brisbane.

In anticipation of more bottlenecks, container carriers had ordered 619 new vessels. The problem was many of them would not hit the water until late 2024.

Mr Edwards said it was all very well having more ships, but port services need to expand as well.

He did not see bargaining negotiations being resolved on the Australian waterfront any time soon.

He said this was initially compounded by a labour shortage at the Port of Auckland, during its automation project, but average container ship waits were now down to two days instead of 12-15 days.

About 65% of New Zealand imports went to Auckland or Tauranga ports. It was vital that import containers were turned around promptly because 60% of exports were handled outside these two ports.

Mr Edwards said this coincided with an ‘‘incredible’’ rise in shipping demand when courier and e-commerce business spiked.

‘‘International travel stopped and that was a key one for us ... The byproduct of parking up of all these planes in various locations around the world because tourism basically ceased is that the aircraft belly space for goods also disappeared.’’

The movement of perishable goods in refrigerated containers would eventually slow down as air travel was restored, but not for some time yet, he said.

Mr Edwards said there used to be 500 to 800 container ships available for charter, but they had all been soaked up by cargo demand and longer transit times.

As a result, every component of shipping had become more expensive and that would continue well through to 2022, he said. 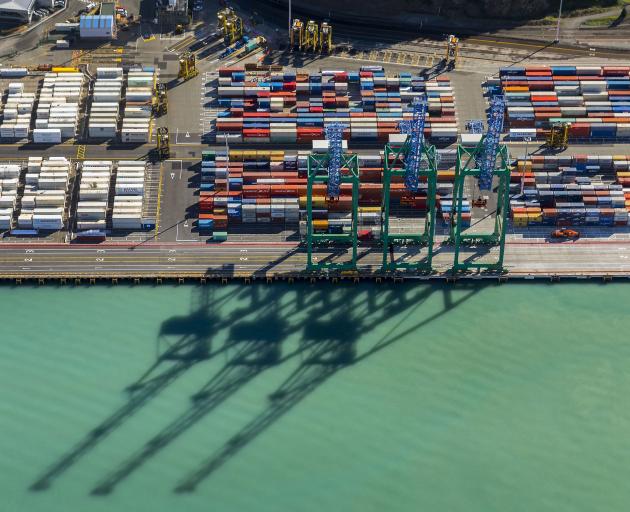 Lyttelton port is boosting its container terminal facilities as the squeeze goes on port services globally.
Lyttelton Port Company’s container operations manager Simon Munt said container growth was up 15% at the port from the corresponding time last year, despite normal vessel calls being down to 80%.

He confirmed the ‘‘massive peaks and troughs’’ in the container yard were a headache for planning worker rosters.

This lowered productivity and put pressure on trucking teams, importers and exporters.

Mr Munt said delays were a big factor in driving prices up, but importers and exporters needed to be aware that while they seemed high, shipping space was very competitive.

Over the next few years the council-owned port was planning to invest in future-proofing improvements, to the tune of ‘‘circa $300million to $400million decisions’’.

About 10ha in reclaimed land after the earthquakes was going into an $85million expansion of the container terminal. Projects included more storage, a truck lane and a straddle workshop to lift the port’s capacity by 20%.

Mr Edwards saw major issues ahead for at least two years in the United States, as it grappled to free up container movements in crammed port terminals and solve a truck shortage.

At the moment it took a ‘‘ridiculous’’ 40 days to get a container to Los Angeles, with just 15 days absorbed by sea travel. Another 40-50 days were needed to move them on the rail network to Chicago, and Mid West areas.

The only country Mr Edwards believed had the capacity to quickly add port and depot infrastructure was China.

The UK was expected to bounce back faster than the US, but Covid-19 was causing massive disruptions in South America, Mexico and Latin America and South Africa, while India was showing signs of beginning to ‘‘implode’’.

China was known to react quickly to hotspots by closing ports down.

‘‘China can be like a game of Tetris at rather short notice trying to get cargo to and from there,’’ Mr Edwards said. ‘‘The good news is they have lots of alternative ports.’’

Mr Edwards said that might seem strange coming from a shipping company, but seed exporters were probably best to work with more than one line to reduce the risk in this environment.

Mr Munt suggested exporters found ways to remove lumps from the supply chain that could include connecting to the rail network or inland depots at Rolleston or Ashburton.

Mr Pugh said seed exporters were trying to find ways to improve their situation, but much was outside of their control.

He said a New Zealand registered shipping line or agreements with shipping lines to haul products to other ports and speeding up regulatory times were worth investigating. Companies sharing container bookings could help, he said.

‘‘We need to be flexible and open to new ideas of new ways of working and aware we can’t just ring up today and expect our goods to be on the ship tomorrow.’’