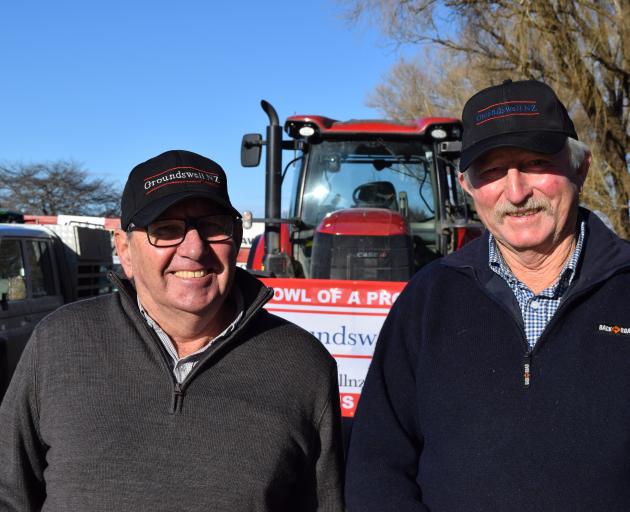 Groundswell NZ co-founder Bryce McKenzie (left) and Laurie Paterson attend the Howl of a Protest in Gore in July. PHOTO: SHAWN MCAVINUE
There will be a bark-up on the steps of the Beehive today.

The group previously created an online tool for supporters to write to Mr O’Connor, "to tell him to do his job and stick up for rural communities" and they will be delivering the hard copies of those letters.

Mr McKenzie and Mr Paterson will be on the steps of Parliament at 3pm and there will also be tractors, farm utes and farm dogs.

Groundswell invited Mr O’Connor to receive the letters but he advised he would be away. Act New Zealand and National’s agricultural MPs indicated they would attend.

Last Sunday, Groundswell held its second major protest, the "Mother of All Protests", to continue to oppose what it called unworkable regulations. A third protest was planned in Wellington in February next year if the Government did not address the issues it had raised, the group said.

Speaking on rural radio show The Country yesterday, Ms Ardern said she was in regular contact with the rural sector; it was just not necessarily in her diary.

While she talked with Federated Farmers, DairyNZ, Beef + Lamb NZ and representatives from the horticulture sector on a regular basis, she was yet to meet Groundswell, she said.

"That’s where I sit with my engagement, rather than necessarily individuals from different protest groups."

Groundswell’s concerns were already covered in these talks with primary industry leaders, whether they were officially booked in the diary, or in a more impromptu capacity, such as a phone call, Ms Ardern said. 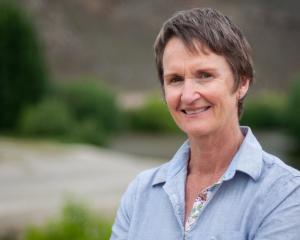