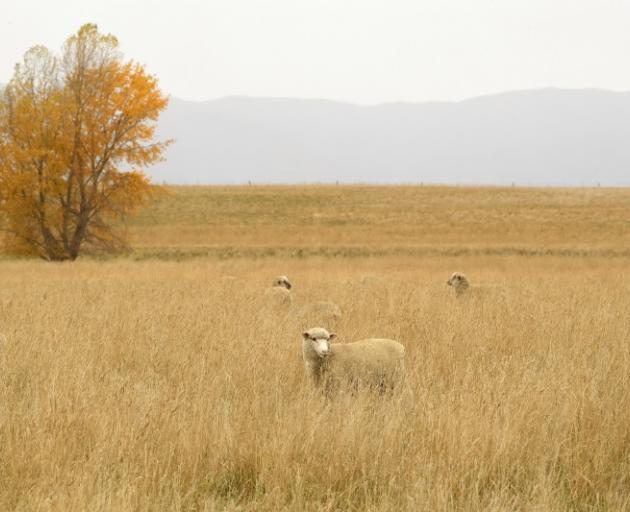 Browned off...Sheep graze in a paddock near Danseys Pass. This year’s winter is expected to be warmer than usual. PHOTO: STEPHEN JAQUIERY
Otago and Southland farmers may be in for another warmer-than-average winter this year.

Niwa National Climate Centre scientists are forecasting temperatures and rainfall are equally likely to be “near average or above average” in the southern region over the next three months.

“Oceanic Enso-neutral conditions will very likely persist over the next three months.

“Rainfall and thunderstorm patterns in the global tropics are expected to be associated with more westerly-quarter winds than normal — from southwest to northwest — around New Zealand.’’

While sharp cold snaps were inevitable during the winter months, overall the forecast was looking good, he said.

‘‘As we approach this winter season, it looks like most of the rainfall will happen on the western side of the regions.

‘‘That will leave the east side a little less exposed because of the westerly wind flow regime that is expected over the next three months.’’

He said the past two winters had been particularly warm.

Last July was the second warmest July on record.

‘‘Interestingly enough, the year before that, the July headline was a warm mid-winter for most of New Zealand. So there’s a bit of a theme.

‘‘Overall, while there will be some cold snaps from time to time, the chances of a warm winter this year will be higher than a cold winter.’’