The hills are alive... 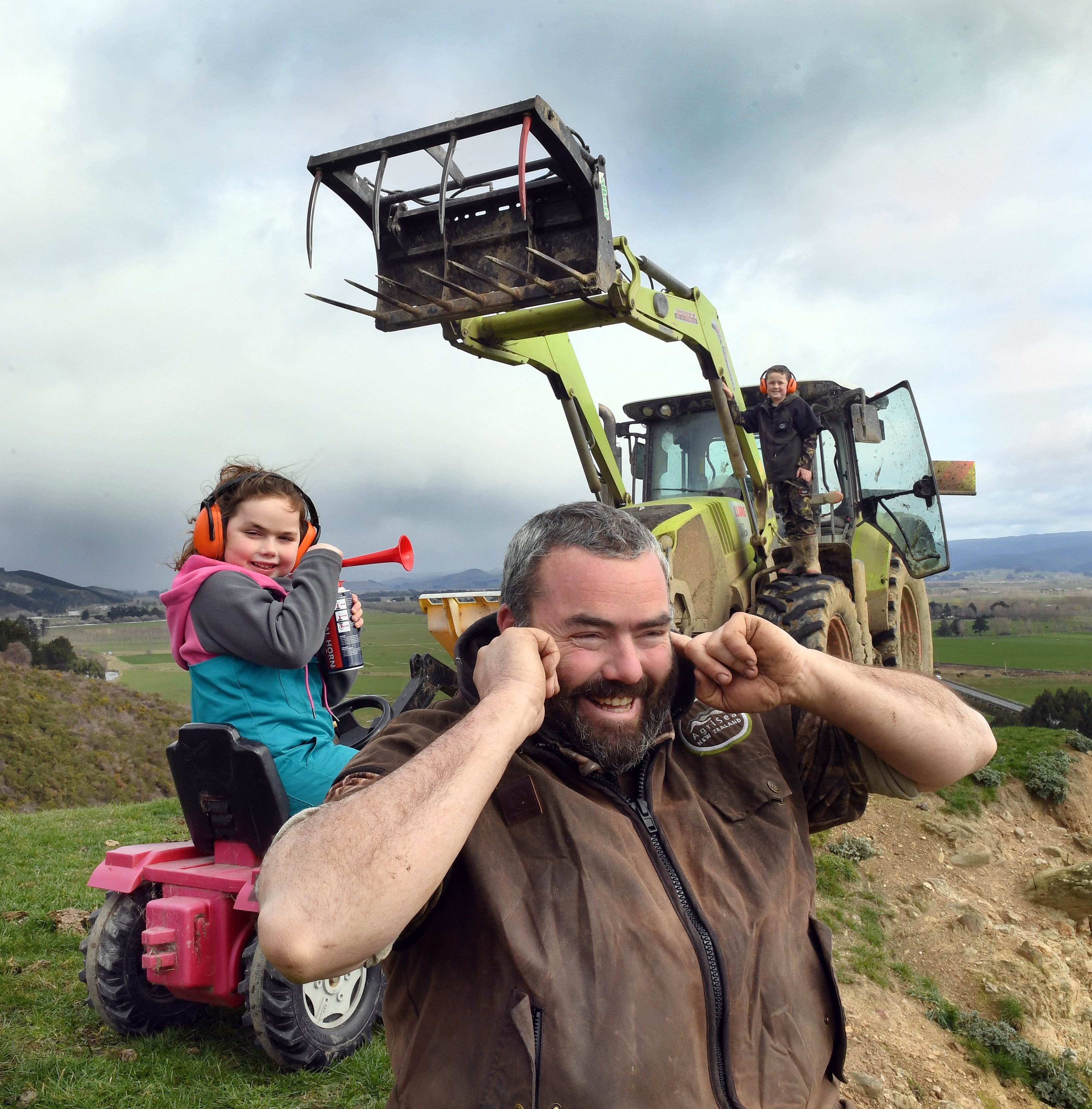 It was more a case of the hills, rather than the highways, being alive with the sound of tooting.

Earlier in the week, rural group Groundswell NZ called for a show of two minutes’ support ‘‘by every car, bike, truck, train - anything with a horn’’ tooting at 12.30pm in support of its campaign against what it says are unworkable regulations.

But, with the move to Covid-19 Alert Level 4 lockdown on Wednesday, the group reminded people they needed to stay in their bubble and could not travel into towns to toot-up.

If they still wanted to be heard, they were encouraged to toot in their bubble while being considerate of neighbours and animals and obeying all Alert Level 4 rules.

The tooting action, called Can You Hear Us? was to be repeated every Friday for the following three weeks, before what Groundswell NZ has described as a ‘‘major nationwide protest event’’ in November.

Maybe this farmer should instead be making a noise for the children around the world who are and will suffer due to the effects of climate change.
Almost half the world’s 2.2 billion children are already at “extremely high risk” from the impacts of the climate crisis and pollution, according to a report from Unicef. The UN agency’s head called the situation “unimaginably dire”
"Unicef urges governments and businesses to listen to children and prioritise actions that protect them from impacts, while accelerating work to dramatically reduce greenhouse gas emissions.”

Hi Pat,
The weight of that halo must be giving you a sore neck?
Your climate change comments are not directly relevant to the issues raised by these farmers' protests. Show us proof that Unicef can accurately predict next month's weather? Yet they are happy to predict long term weather patterns, pollution levels, and 'direness'.

China,USA,India,Russia,Brazil,Japan in total produce 60% of Greenhouse emissions.NZ produces 0.17% which is immaterial & it is pointless taking the view that is is high per capita.The UK is the same land area but NZ population is 7.5 % of the UK thus the result.If NZ reduces agricultural production it will be replaced elsewhere to meet world demand,which is primarly from China which is by far the biggest greenhouse emmitter.The problem is the world population increasing which has a resulting increase in demand for consumables.It will result in the destruction of the world in due course.

The past 70 years of industrial development and intensive agriculture have badly degraded natural systems. There is now a belated, but welcome, recognition that we can’t go on producing the food we need by continuing to wage war on nature, and a growing interest in recarbonisation through regenerative agriculture, agroforestry, organic farming and even rewilding.
In essence, recarbonisation opens up an extraordinary prospect of rebuilding soil fertility, restoring forests and woodlands, transforming the marine environment and protecting precious habitats and biodiversity. This all has to happen anyway: it just happens to be an equally powerful way of addressing the climate emergency. - Jonathon Porritt

How symbolic, a farmer sticking his fingers in his ears.

Ha funny! And turning his back on the land erosion happening behind him.

It's Lexi and Lane I feel sorry for, no river swimming for them.

NZ is a hilly country and is prone to erosion. As for swimming in rivers, I would rather children swim in swimming pools which are heated to some extent and are patrolled by lifeguards.
Growing up in Southland I knew no-one who swam in a river. Too cold, danger of holes, undercurrents & unsafe footing. Lakes are cold and dangerous. Wise trampers cross rivers in threes linked to each other.

I hope he isn't getting any tax concessions for his protest equipement. Farmers have it far to good when they can waste time and money like this.

Hey Grizz, what did you eat for dinner tonight? Did you grow it? Or one of the farmers that you are complaining about?
Do you say the same thing about nurses & teachers when they strike/protest for better conditions?...