Michael Simpson holds Womrks Wonders, the dam of the weanling sold recently at Karaka, and Anna Miles holds Joan's Girl, the dam of the Te Akau Racing's Harlow. Photo: Sally Rae
When Anna Miles leads a potential young racehorse around the sales ring, she always thinks of her grandfather and how proud he would be.

As a young girl, Ms Miles would accompany him to race meetings at Riccarton, as he owned racehorses.

She became captivated with "the colour, the sound, the excitement and the thrill" of thoroughbred racing and that passion eventually turned into a career.

Through much hard work, Ms Miles and her husband Michael Simpson have transformed 12ha of bare land on the outskirts of Waimate into a boutique equine facility.

The cutely named and beautifully landscaped Pear Tree Farm specialises in sales preparation, agistment, spelling and weaning services and has been making a name for itself in thoroughbred circles.

Most recently, the couple were believed to be the first South Island vendors to make the trip north with a weanling for the New Zealand Bloodstock May sale at Karaka.

It was a massive undertaking to take a weanling such a distance and go into a market that was an unknown.

But they were rewarded when they sold the Proisir colt for $40,000, the result being in the top 10 of sales.

Ms Miles was delighted with the outcome, while her husband laughed that he was "just relieved".

"It was very exciting because it really did say that there were a number of people that agreed with our assessment of the horse, which was nice.

"We give our horses every chance. We did everything we could. We didn't feel we had left anything out," Mr Simpson said.

The couple both came from horsy backgrounds. 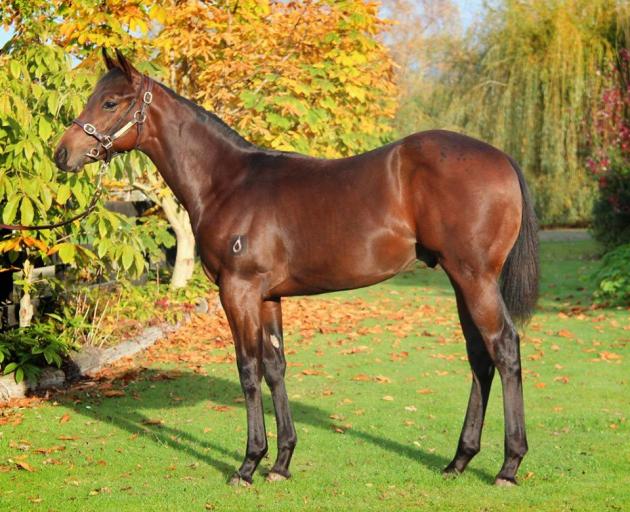 In between, she worked at the Valley Stud at Waikari, run by John Slade, which gave her a great insight into the stud side of the industry.

Mr Slade encouraged her to apply for the New Zealand Thoroughbred Breeders Scholarship to attend the Irish National Stud's thoroughbred breeding and management course in 2001.

While she had been working on studs gaining lots of practical aspects, the lectures at the National Stud from some of Ireland's industry leaders meant she was getting the theory to back that up.

She also made some lifelong contacts and, at the course's completion, she was awarded the gold medal for top student of that year.

After her first year in Ireland, she was offered a job breaking in 2yr-old horses in Italy. She rang Mr Simpson - the couple had met at university - and he had 24 hours to decide whether to accompany her.

While there, she applied for a job at another stud in Ireland and the couple started travelling backwards and forwards between the two hemispheres.

Eventually, they tired of living out of suitcases and started looking to put down roots.

The bought a block of land at Waimate in 2005 and shifted a house on to it the following year.

They wanted somewhere centrally located, close to the main road and with a reliable rainfall so they did not need irrigation.

Their location - while not near major thoroughbred racing centres - had not been a barrier, as they now had clients from Auckland to Invercargill. They could also operate without massive overheads.

Hard work has been a key factor in the couple's success but the Pear Tree Farm dream could have all been lost, had it not been for one very difficult colt.

In 2011, Mr Simpson, then aged 35, suffered a stroke and his wife found him lying on the floor. At that time, the couple were preparing for yearling sales.

They were fortunate they had a "really nice" colt - who was also very difficult - that they sold for $56,000 six weeks after the stroke.

"He was why we're here. He was a very, very difficult colt. I was the only one who could catch him. He was hard work but that's what we owe the place to, really," Ms Miles said.

The stroke meant Mr Simpson was unable to return to work so the money from the sale set them up financially. Otherwise, they acknowledged they could have lost their property.

As he recuperated, Mr Simpson could not do much with the horses but, then aided by a walking stick, he could muck out - even if it took him all day.

"It's been a funny change of life," he mused while also acknowledging that he was very lucky.

Now his focus - along with horses - was on Side-Project, a small business he has established making tables and cheeseboards from old cattle yard rails.

The couple attended spring markets and fetes and it was a nice change from the pressure of horses, Ms Miles said.

It also fitted in well with their horse calendar, following on later in the year from sales preparation and then weaning.

Weaning was something the couple both enjoyed. Ms Miles loved the challenge of "working with a baby that knows nothing" and equipping it with the skills it needed to be a race horse.

When they first established Pear Tree Farm, they saw a gap in the market for agistment and, while that had proven very successful initially, the industry had changed.

They got into yearling preparation for the South Island sales and discovered they were quite good at that.

Now racing as Harlow, the filly won her first start and has been dubbed a serious prospect.

A few years ago, they looked at the financial implications of rearing calves on the property but they realised that there was "just no fun" in that.

The horses they had sold all started with one horse - they had never put any more money into that fund.

Ms Miles bought a colt for $700 and sold it for $7000 the following year. While not huge money, it allowed them to "pinhook" another young horse and so that had continued.

"The first $700 has certainly worked for us. That's the real fun," Mr Simpson said.

As for their future goals, having now bred their first winner, the next step was to breed a stakes winner. And they wanted to keep producing winning horses so that others could enjoy the industry.

They agreed that staying "small and nimble" had helped with their operation, which meant they could be flexible to change and try to evolve with the challenges of the industry.

New Zealand racing stakes were so low at the moment it was difficult for both trainers and owners. It was only passion that was driving it, Ms Miles said.

However, she hoped New Zealand Thoroughbred Racing could show leadership and make some changes, hopefully backed by the Government.

Quality New Zealand-produced horses were being sold to Australia and Asia and not staying here to race, so there was no excitement in the industry here. Anyone with a good horse had to sell it, she said.

Ms Miles is vice-president of the Waimate Racing Club, which will host its last meeting at the Waimate race course on June 9, after NZTR scrapped the track as a galloping venue.

Although disappointed, the couple were taking a pragmatic and positive approach, saying it was the beginning of "another chapter" for the club.

"The decision's been made. It's the start of the transformation of the industry, we all hope, because it's this or it's all over. We really have to embrace these changes," Mr Simpson said.

The Waimate Cup was worth $25,000 and Ms Miles hoped it would attract some of the South Island's top staying horses.

Entry to to the meeting was free, there were activities for children and the couple hoped the event would draw a large crowd.

The couple had been fortunate to have been associated with, or worked with, some great people and they had taken the time to learn from them, she said.

They worked well together and enjoyed working together. They also endeavoured to have a work-life balance.

Ms Miles, who does some relief teaching at Waimate High School, also runs the voluntary South Island foster foal service, a role she took over two years ago.

Initially, it was just for thoroughbreds, but last year she got in touch with the standardbred breeders association and it was relaunched.

It was often a very emotional and stressful time. People would often phone crying, having lost their much-loved mare or much-awaited foal.

"It's certainly a service you don't want anybody to have to use.

"The best outcome is you wouldn't hear from anybody all season, but that's not how it goes."