Stag sale expected to draw buyers from far and wide 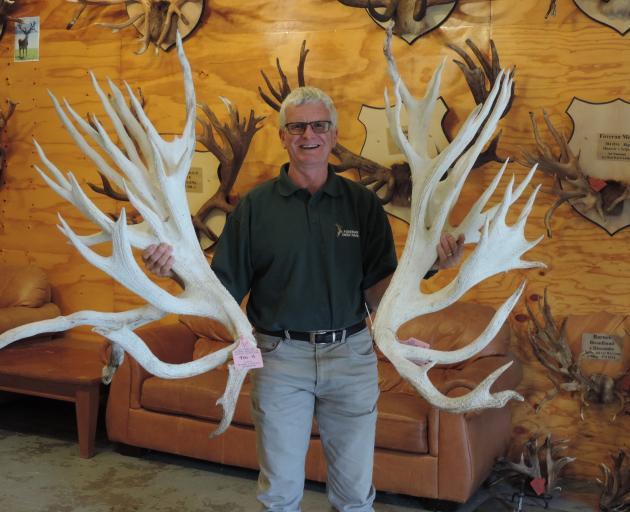 Stud manager Barry Gard, who has been at the South Canterbury property for about 30 years, says he selects the stags for the sale during velveting — the ones that catch his eye and look like they will grow out well.

The selected mob is then refined to about 50 animals, mainly 3- and 4-year-olds.

‘‘We’re looking for a nice shape in the antlers and nice clean bottom tines — something that looks like it will produce a lot of points.’’

Antlers were a strongly genetic trait, he said. 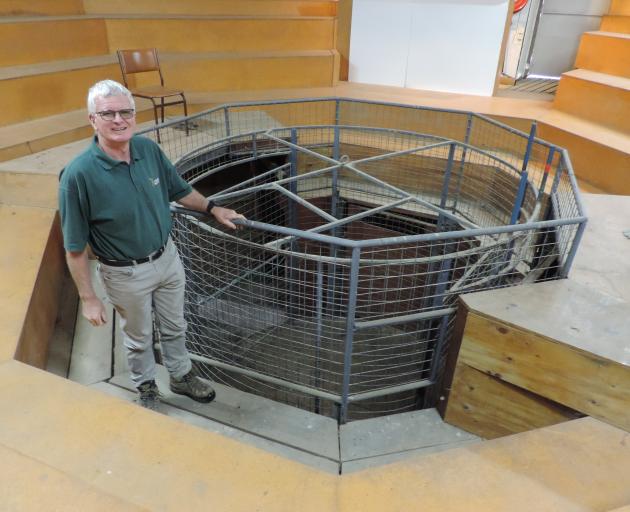 Barry Gard demonstrates the cage inside the Foveran selling arena. Two deer are loaded in at ground level then a garage hoist raises the platform until the deer are fully visible to the people sitting around the ring. The cage is turned by hand to give everyone an equally good view. The device was invented by Foveran Deer Park founder, the late Bob Robertson. Photo: Sally Brooker
The line-up includes a spiker with more than 40 points of antlers.

The 3- and 4-year old stags would have had their velvet cut and had sufficient maturity to be mated with hinds. If they were mated too young, it could affect their own growth.

‘‘The main focus is on selling breeding stock.’’

Velvet was another income stream, sold to Korea and China for use in medicinal products. 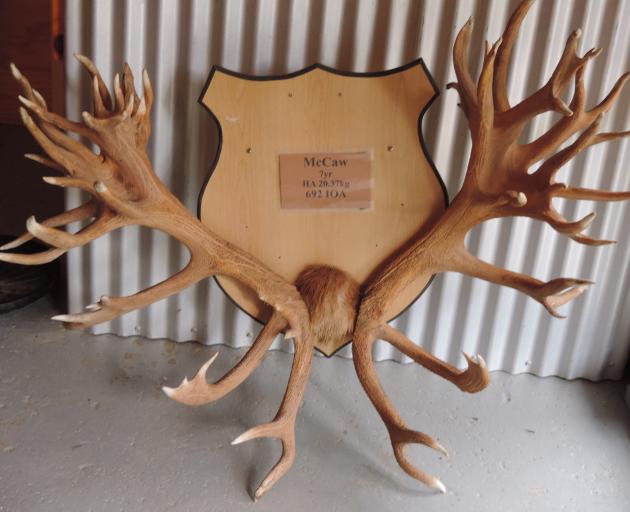 Foveran stud manager Barry Gard holds the 22kg antlers grown by 4-year-old stag Cane, who is still on the farm. Photo: Sally Brooker
‘‘We velvet about 500 stags a year.’’

Foveran occupies 2646ha — river flats merging into hills. It receives about 450mm of rainfall a year.

The land was still being developed. Nearly 300ha was now irrigated, using water harvested when the Brothers Stream flooded and stored in a ponding area, or under an Environment Canterbury consent from a bore next to the river.

Winter feed crops were grown on the property. Fodder beet had been precision-drilled for the past few years — mainly the softer varieties to suit the deer.

Kale and swedes were also sown.

‘‘We use kale where we have a weed problem. Kale suppresses them.

The gateway to Foveran is unmistakable. Photo: Sally Brooker
‘‘We make all our own winter supplements. We’re self-contained.

‘‘It helps with biosecurity.’’

The sheep and cattle were usually run separately from the deer.

‘‘All the deer have got a six-generation pedigree recorded,’’ Mr Gard said.

The stud started with German bloodlines and crossed them with English genetics through embryo transfer and artificial insemination.

Foveran had also sourced genetics from other places in New Zealand. 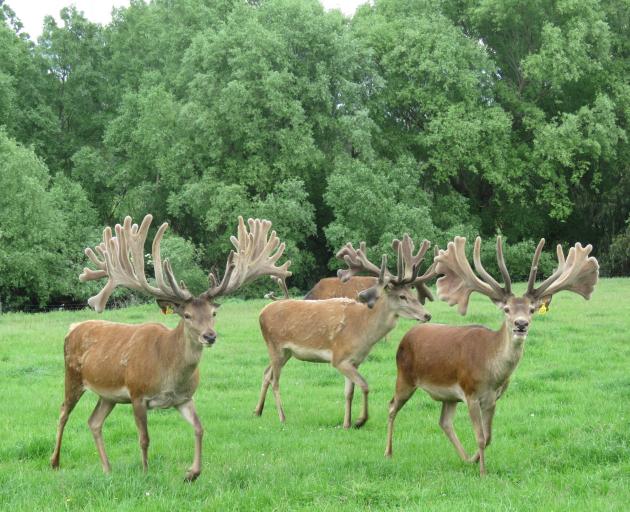 Deer enjoy the pasture and shelter provided at Foveran. Photo: Supplied
Its own stock was so highly sought after that its selling arena, which could seat 200 people, was ‘‘hardly big enough’’.

There had also been overseas inquiries for its semen, ‘‘but we have not gone down that track’’.

There are four full-time staff on Foveran, two of them running the deer unit.

An understanding of animal behaviour was important with deer, Mr Gard said.

‘‘They’re not an animal that likes to be on their own.’’

They have a hierarchy among themselves — the hinds as well as the stags. With the latter, the biggest was not necessarily dominant.

‘‘Most don’t have antlers before the roar, to avoid fighting and accidents.’’

New Zealand was at the forefront of designing yards to streamline deer handling, he said.

He had visited deer farms in England and Foveran had hosted deer farmers from other countries, Mr Gard said.

Foveran has a hill block devoted to trophy hunting as a separate business. About 25 people visited between March and July each year, many going on to hunt chamois and tahr in the Southern Alps, Mr Gard said.

Deer farming in New Zealand was ‘‘in good heart’’.

‘‘Prices are more stable than they used to be.’’

The number of participants had dropped away since the boom times.

‘‘There are people coming on, but not overall growth.’’

Work was being done on developing markets for venison, but a lot of people probably tried it in the early days and found it too tough, Mr Gard said.

Farm-raised venison was much more tender and highly nutritious.

Foveran had had Lincoln University students helping out during the busy summer period, when velvetting took place. Breeding began in March, fawns were born in late spring, and weaning was at the end of February.

Deer occasionally gave birth to twins, but that was not discovered until the fawns were DNA-tested.