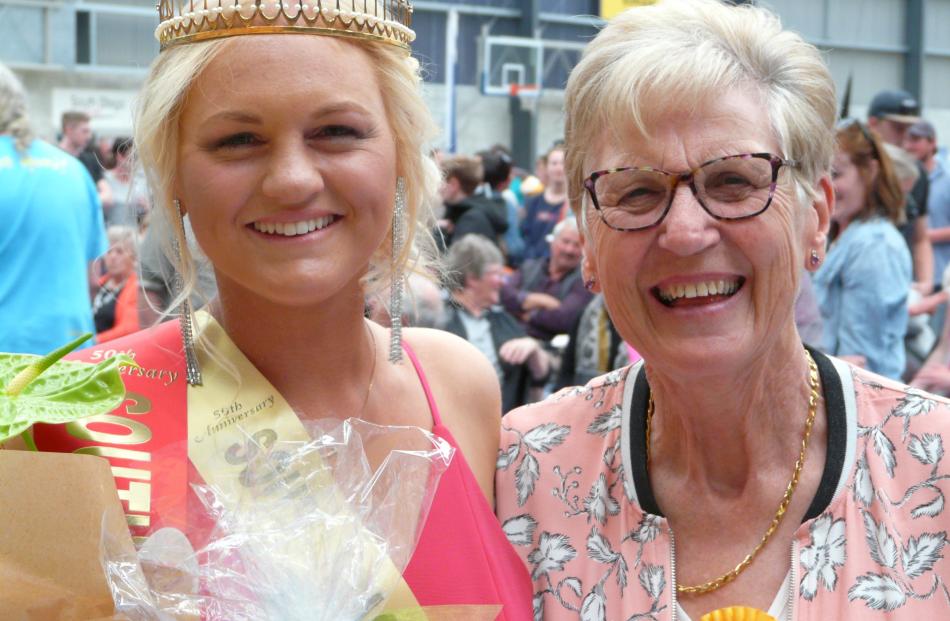 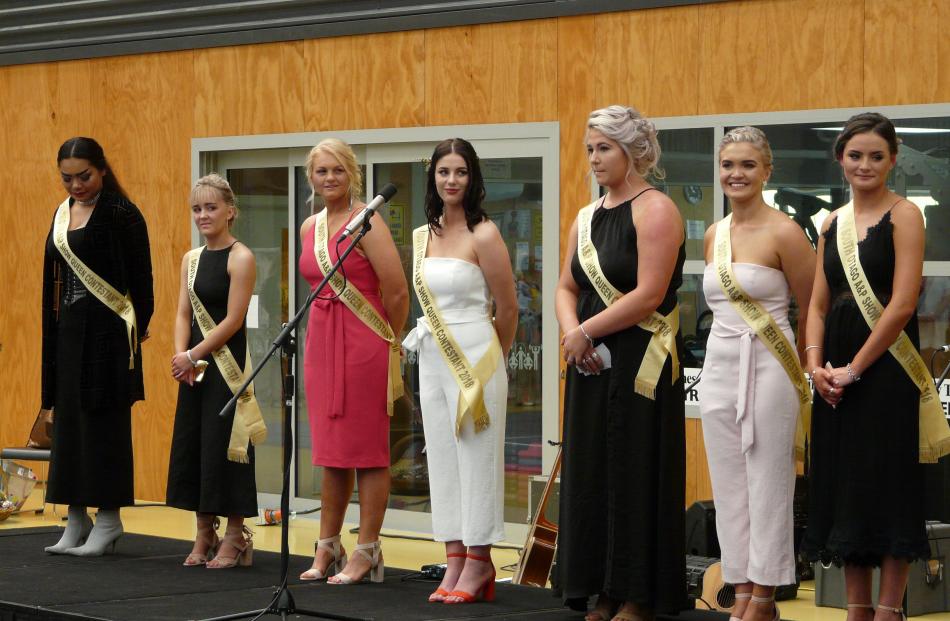 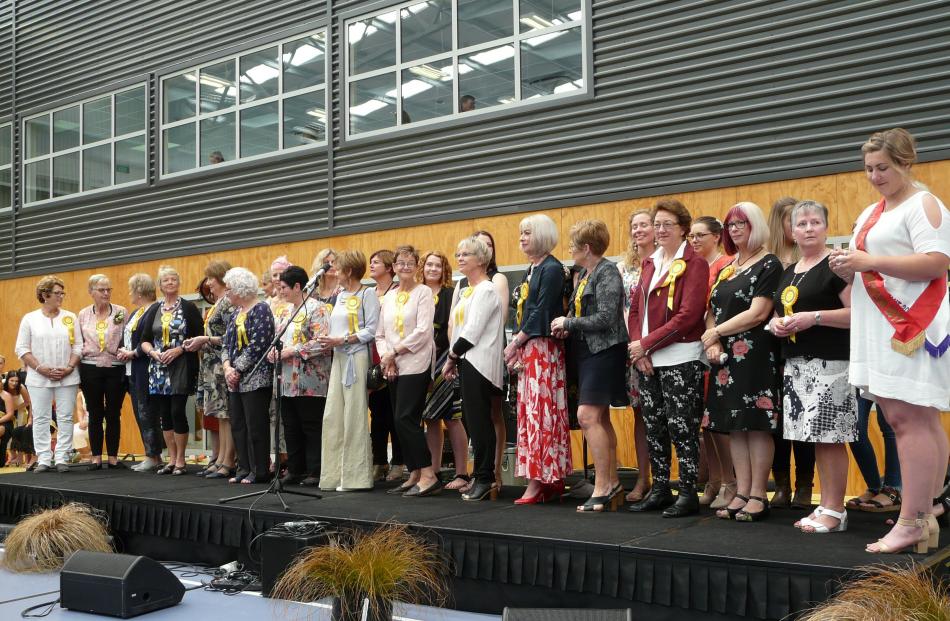 The South Otago A&P Show Queen competition marks its 50th anniversary on Saturday with a gathering of 30 former contestants and winners. 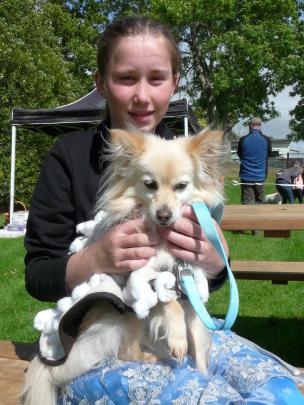 Polly the Pomeranian cross, disguised as a sheep, and owner Kate Jackson (12), of Owaka, compete in the fancy dress class of the pet section. 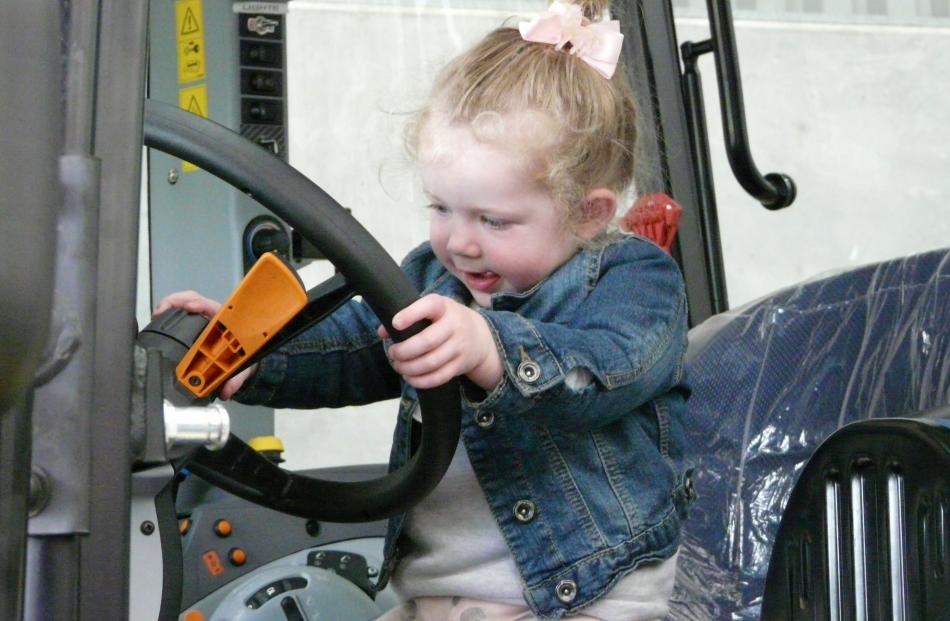 Elliette Anderson (1), of Balclutha, takes the helm of the police tractor.

It was a case of "royal jelly" nerves on Saturday, as the 2018 South Otago A&P Show Queen contestants stepped on stage and battled their butterflies.

Extra pressure to shine may have been felt this year, as it was the 50th anniversary for the traditional show element, which started as "Miss Pastoral Queen" in an inaugural NZ Wool Board-sponsored outing in 1968.

Present then and now was eventual queen that year, Annette Meyer, of Alexandra, who said the contest remained recognisable, despite evolving down the years to remain "relevant".

"Like today’s girls, we were all very excited and perhaps a bit nervous, but we never had to perform speeches in front of an audience. I recall we met the committee and judges informally over lunch, and things were hashed out that way."

In a sponsorship tie-in, she said 1968’s contestants were obliged to wear woollen garments, despite the warm and sunny conditions.

"I wore a very fine, long-sleeved woollen dress. It was actually very nice to wear, and not too hot."

Mrs Meyer said she felt privileged to be able to return and contribute to the contest’s 50th anniversary at the weekend.

"It’s nice to see the girls upholding a great Otago tradition. They’re a credit to the young women of today."

"All our contestants this year have commented how important it is to keep these traditions going, and how valuable Show Queen is for personal development and growth. They’ve had an amazing time and been a lovely bunch of girls."

The 21-year-old, who hails originally from Maungaturoto in Northland, described winning as "unreal".

"It’s so cool. The whole experience has been amazing. All the girls are so lovely, and I’ve met some really good people."

Miss Coates encouraged others to maintain the tradition next year.

"Any girls wanting to have go, do it, sign up. If it doesn’t challenge you, it won’t change you."

After heavy rain and surface flooding on the society’s showgrounds last week, it was a "huge relief" to have the show go ahead at all on Saturday, treasurer Katy Button said.

"It’s been a manic week, having only made the decision to come indoors here at the Cross Recreation Centre on Thursday morning. It’s a credit to all our volunteers and participants that it’s gone as well as it has today.