Lessons for us all in farmers’ adaptability 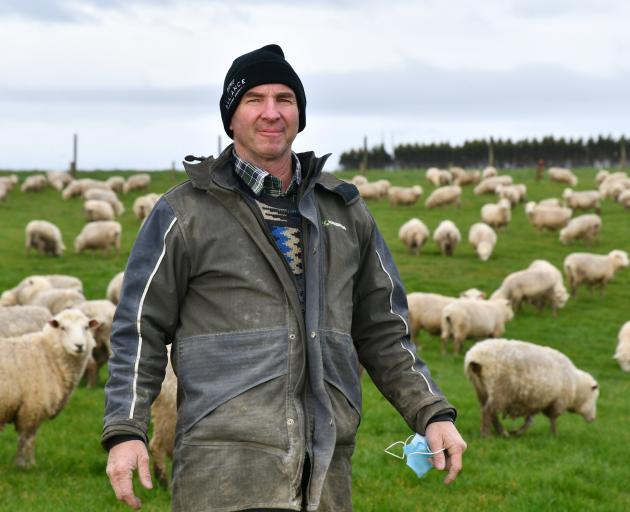 Conversing in a mask and sitting an acceptable 2m away does not put much of a dent in David Rose’s positivity.

The former president of Southland Federated Farmers and life member of the organisation reckons he has a glass-half-full kind of outlook on life.

He might have been wearing a mask, but it was not hard to tell when he was smiling.

Mr Rose has some sheep on grass and others on swedes.
With the knowledge my questions hinged on what it was like to farm under lockdown conditions, he started our conversation like this: "I guess the first thing I’d like to say is farmers are can-do kind of people."

They were used to having to change the way they did things, and so, it was something they dealt with easily.

"We just find a way through it." 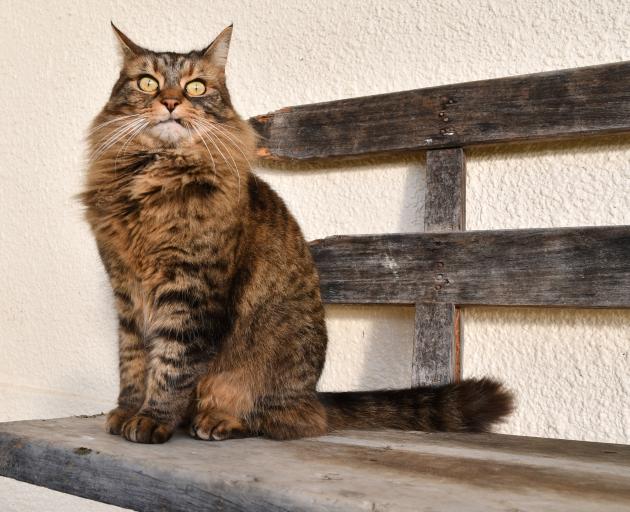 Farm cat Stella keeps David Rose company at his Southland home.
Adaptability was something he respected, and while urbanites worked to do just that in town, life in his bubble had not changed much, given the time of year.

Mr Rose acknowledged it was a big bubble.

“We feel quite a bit of sympathy for our town cousins, some of them locked up in their homes. We’re lucky to have open space ... in saying that, it doesn’t matter what the weather is doing, we have to be out there.”

The last few months had been wet, more so than normal — Mr Rose said between May and August last year, there was 267ml of rain, while this year there was 407ml.

Rain, sunshine or snow, lambing and calving kept farmers on the go. 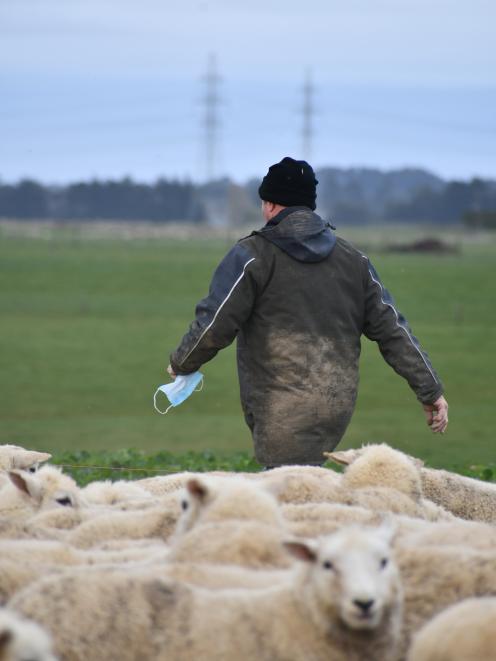 Access to supplies could be an issue resulting from the lockdown, but so far, he had not had a problem.

He attributed that in part to last year’s lockdown.

“The only thing I’ve noticed is you've got to spend a bit more time on communication and booking things in, rather than spur of the moment.”

Mr Rose knew of some in the dairy industry struggling to get magnesium, and there were also challenges in finding enough staff, but he said everyone did what they could.

It also presented difficulties with exports.

“It’s great our industries and meatworks managed to keep going last time, review their systems and keep going when around the world everything was shut.”

If there was a blockage, it would mean too much stock on farms, which was stressful and hard to deal with.

For when things went left-field, he stressed the importance of networks and connections.

“Just touching base with your neighbours.

“It’s that, pulling together if you have a bit of a crisis.”

A problem shared is a problem halved.

Mr Rose has several mobs of sheep on different feed.
His advice to anyone, in town or on the farm, was to share what they were feeling.

“When you bottle it up, it can be a black hole.”

Farmers were presented with challenges regularly, but adaptability was a must to move from plan A to plan Z, he said.

He gave the example of moving animals off winter crops after too much wet weather.

“You’ve just got to make those calls.”

Stock wellbeing was of high importance, and farmers cared more for their animals than most people realised, he said.

“When the weather picks up, it’s the best job in the world being out lambing. It’s amazing.”

Adaptability was a skill he believed was needed in handling what situations the pandemic threw our way.

Optimism was ideal as an accompanying tool.

“It’s a new reality. Get vaccinated is the message.”

Fully vaccinated, he felt it was clear it was what people needed to do.

“Here’s the thing: as a farmer, I know what vaccines do.”

He said after having their backs against the wall, the farming community had shown their resilience and renowned practical attitude by getting on with the job.

“The timing of the Level 4 Lockdown was unavoidable, but it couldn’t have been much worse for the farming sector.”

“Farmers’ voices need to be heard and the public need to have their say on issues like immigration, land use and biodiversity and water supplies, as well as tax.”