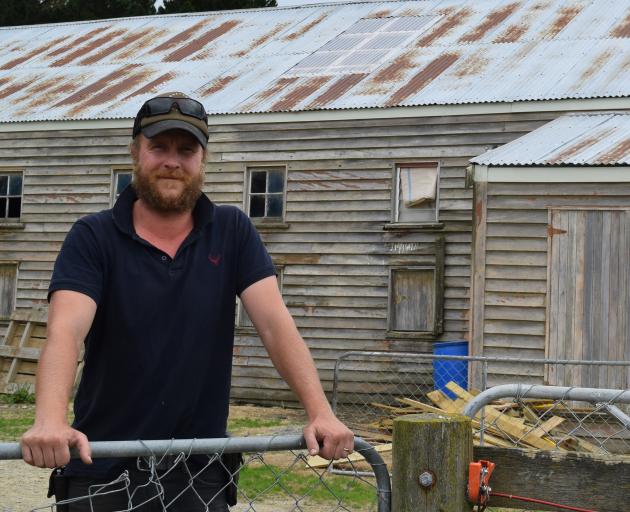 Shaun Bradley. PHOTO: SHAWN MCAVINUE
Cancer survivor Shaun Bradley is set to shear sheep to help Southerners battling the disease. Shawn McAvinue catches up with the West Otago farm manager as he prepares for some hard mahi on Waitangi weekend.

His employers, Nelson and Fiona Hancox, will host the second 24-hour shear-a-thon on Wohelo Station in Moa Flat on February 5 and 6.

The event would raise funds for the Southland Charity Hospital in Invercargill.

The Southland Charity Hospital Trust was established in 2019 to provide healthcare for people living in the Southern DHB area, who would otherwise be unable to access treatment through the private or public systems.

Winton man Blair Vining died of bowel cancer in 2019, after calling for cancer care to be equitable for all New Zealanders.

The "Shear 4 Blair 24-hour shear-a-thon" on Waitangi Weekend would allow the public to shear sheep next to the four men shearing for 24 hours — Brayden Clifford, David Gower, Eru Weeds and Cole Wells.

Mr Bradley (30) plans to spend the final two hours of the event shearing the last of the 9500 Romney ewe lambs on a stand beside the four men.

"It’ll be special to do it for the boys who did it for me."

Mr Bradley collapsed days after he and his wife, Olivia, welcomed their daughter Charlotte to the world in April 2019.

He was diagnosed with stage four B cell Non-Hodgkin’s lymphoma. 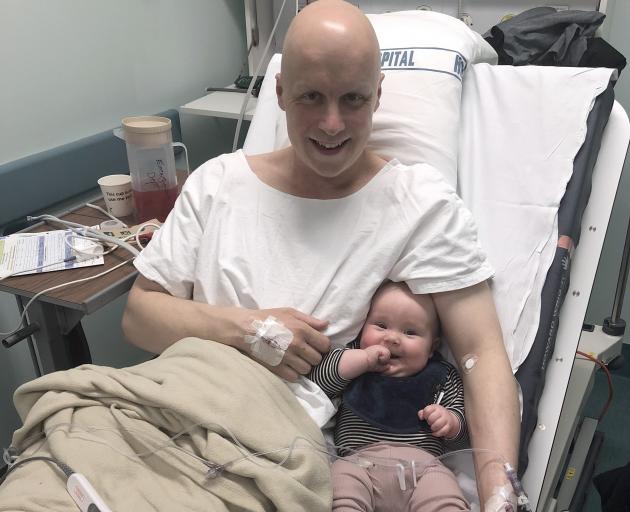 West Otago farmer Shaun Bradley holds his daughter Charlotte (then 6 months) as he waits for brain surgery in Christchurch in 2019. PHOTO: OLIVIA BRADLEY
The cancer had spread across his body including his lungs, pancreas and kidneys.

He hoped about six months of chemotherapy had "nailed it" but on returning to work, sharp pains in his head would nearly floor him.

A doctor told him there was a 0.02% chance the cancer had spread to his brain "and it did — a golf ball sized tumour grew in three weeks".

The doctor prescribed more intensive chemotherapy and told him it would either work or he would be dead in a fortnight.

He hoped for the best but prepared for the worst including writing letters to loved ones.

"It was a terrible two weeks," he recollected.

After the chemotherapy, he had a bone marrow transplant in Christchurch.

At that point, the muscle on his body wasting away due to the nine months laid up in hospital beds and taking a cocktail of drugs.

He returned to work about a year ago, defying the doctors who told him he would struggle to do a physical job again.

"It’s pretty cool. I’m getting around a wee bit slower but it’s not bad."