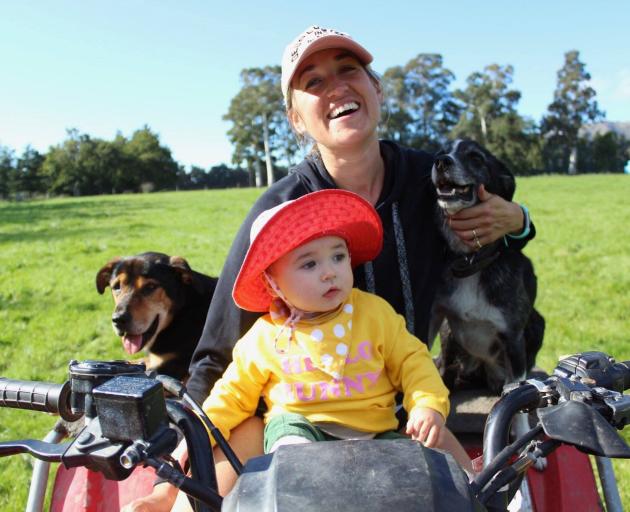 She is excited about speaking at the Women's Enviro Evening in Clinton later this month, saying meaningful change had to come from grassroots, or "the ground up''.

That had a domino effect and, if everyone did their "own little bit'' then it all added up to something big, she said.

The evening, which will be held in the Clinton Town Hall on Tuesday, July 30, has been organised by local woman Sandra Campbell.

Mrs Campbell, who with husband Chris is in an equity partnership on a 500-cow dairy farm between Clinton and Balclutha, attended a food and fibre conference in Christchurch a few years ago.

She left feeling enthused both about their own business and also about sustainability. The aim was of this month's meeting was to bring top speakers back to community level and make it accessible, she said.

Brought up on a hill country sheep and beef farm in North Canterbury, Ms Clark-Hall attended film school in Wellington after leaving school and worked in the film industry.

Returning from a stint overseas, she studied at broadcasting school and became a videographer for Sky News, spending time in the press gallery in Parliament.

While she always had an interest in agriculture by virtue of her background, her aim at one stage was to be a war correspondent.

While working in Wellington, things came up about agriculture and she spent time talking to people in Federated Farmers and ended up being head-hunted to work in public relations for the rural lobby organisation.

She was there "in the thick of the dirty dairy'' campaign - debate around water quality had started prior to that which she had covered as a journalist.

The sector was quite reactive and that was where her interest in social licence all started, she said.

From Wellington, Ms Clark-Hall moved to Canterbury to be with partner George Johns and got a job at Ravensdown doing public relations. 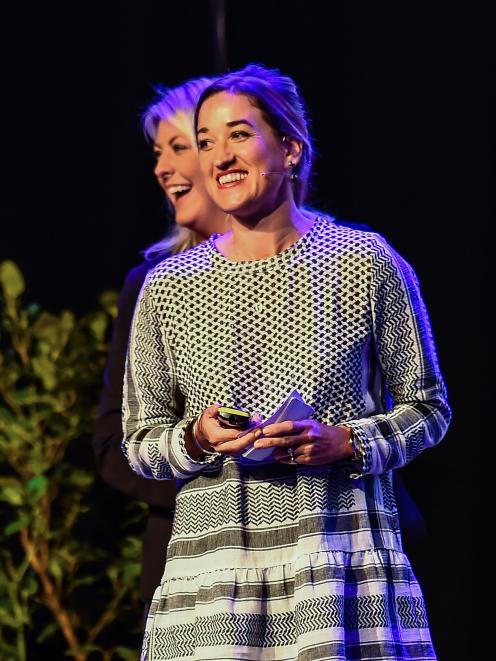 Penny Clark-Hall speaks about social licence to operate at a Boma New Zealand conference. PHOTO: BOMA NEW ZEALAND
The couple, who recently married, live on Mr Johns' family farm at Culverden, which comprises a sheep, beef - including an Angus stud - and dairy operation.

There was much debate through both her work and personal licence about whether social licence was "an actual thing'' and whether there was an urban divide, she said.

She was keen to develop some leadership skills and Ravensdown sponsored her to do the Kellogg rural leadership programme. A big part of that was so she could study social licence and it was to prove to be a pivotal experience.

In her report, Ms Clark-Hall said the topic of social licence had become more mainstream in New Zealand in the past five years as the primary sector had grappled with what appeared to be public discontent with its environmental, health and safety, animal welfare and employment performance.

The term social licence was first defined by a mining executive in 1997. James Cooney was the vice-president of external relations for Placer Dome Inc, a Vancouver-based Canadian gold mining company coming under increasing public criticism after its failings in its Philippines mine. The company ended up burying a village and was eventually sold up in parts in 2004.

The term Social Licence to Operate had since become more mainstream and was used over a wide range of industries, such as agriculture.

There were a few key findings from her report and the major thing for her that came out of it was that social licence was built on trust.

That trust breaks down when values were not aligned; to rebuild that trust, it was around stakeholder engagement and that came down to not just interacting and engaging with the people that agreed with you.

It was about being brave and and engaging people who did not agree, creating better relationships, understanding and solutions so that it was inclusive, and before it got to the lobbying and public perception driving legislation.

Agriculture had "missed the boat'' concerning that, as it had not understood that and the primary sector went through the five phases of grief, she said.

That was a key pattern for other industries to watch out for in terms of of how react to being challenged.

There were some key recommendations in her report around being transparent, brave, owning your failures to build that trust and having respect and empathy for stakeholders in your community, rather than disregarding them, "putting your head in the sand and thinking you can operate in a silo''.

The earning of a social licence was "really not that complicated''. "It all boils down to relationships and the trust capital within them. The process gets simpler still if an industry keeps itself engaged and understanding its stakeholders in a meaningful way from the beginning and consistently from then on.

"Having a finger on the pulse of where their stakeholder values and concerns lay is a form of insurance against any future threat to your operation be it legal, physical or commercial.

"For New Zealand's primary sector, knowing where we've come from and where we are now through industrialisation, modernisation, politics, corporatisation, dependency and the digital age of information, we can assess what actions might be warranted to earn a safer level of social licence than what we currently have,'' she said.

From her research, Ms Clark-Hall decided she did not want to waste the work she had done and she would use it as a platform to create a consultancy service to help agribusinesses and small corporate farmers.

At the moment, a big part of what she was doing was talking to businesses and conferences about educating people about social licence.

Continuing to work at Ravensdown, while also being the mother to 13-month-old daughter Eva, it was a busy life.

But she was fortunate to have a strong support network and that Eva - who was known as the "Kellogg baby'' as Ms Hall-Clark was pregnant during her Kellogg research - was a "chilled out'' child.

Finding something that you were passionate about meant that she was so excited about what she was learning so that it did not feel like it was hard work, it was also enjoyable.

It was such an empowering feeling gaining knowledge and learning and that "makes you feel amazing''.

The recommendations from Penny Clark-Hall’s Kellogg report on Social Licence to Operate. To build New Zealand’s primary sector from a question of legitimacy and passive acceptance, the sector needs to.—