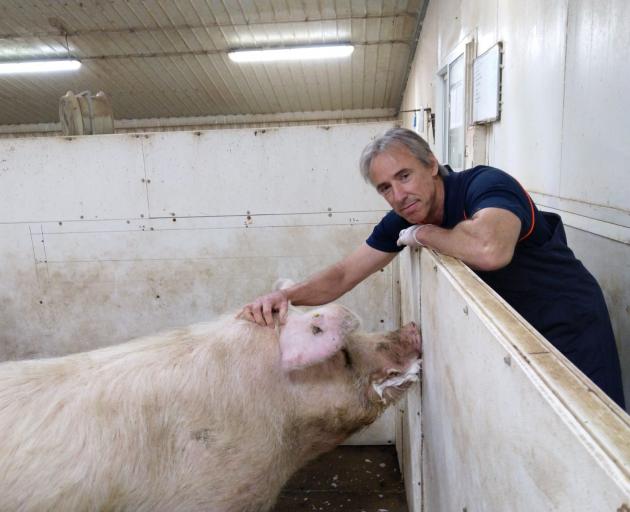 ‘‘It certainly took me by surprise, but it was also nice that the industry decided to show that they appreciate what I do for the industry.

‘‘It’s a small industry and it has its dramas, but I consider myself fortunate to be able to work in the industry.

‘‘It tends to attract good, salt-of-the-earth people on family farms, so it’s good to work with those people.’’

The Zimbabwe-born pig vet moved to New Zealand in 2000 after working as a vet in several countries, including the country of his birth.

Based in Kaiapoi, Dr Welch is one of just three specialist pig vets in New Zealand, serving close to 100 commercial pig farms spread throughout country.

He services farms throughout the South Island and in the North Island, primarily as a consultant vet.

‘‘Bruce’s knowledge of pigs and pig care is unparalleled and his input and influence is evident in every aspect of pig farming in New Zealand.

‘‘He is also closely involved with the current review of the welfare code.’’

Completing a North Canterbury double was Courtney Gloistein, of Kilgour’s Farm, who was named ‘‘2021 stockperson of the year’’.

The award carries a $500 prize and the winner is selected from trainees who have completed the national certificate in pork production level 3, the qualification for people involved with the care of pigs in a pork production unit.