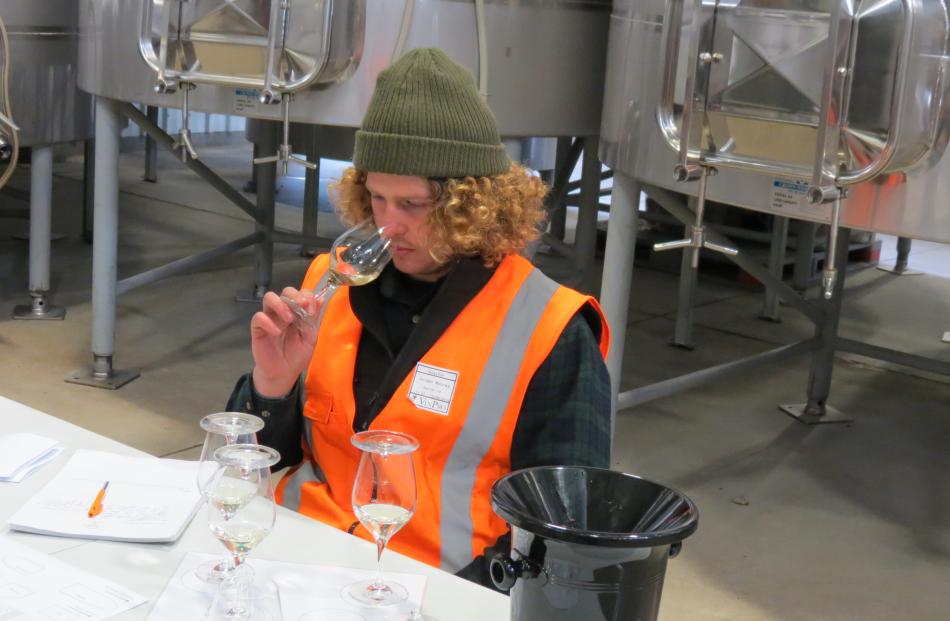 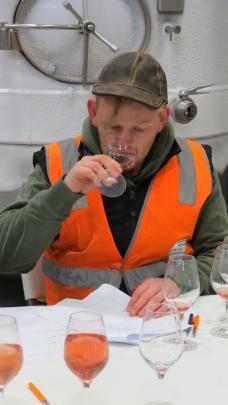 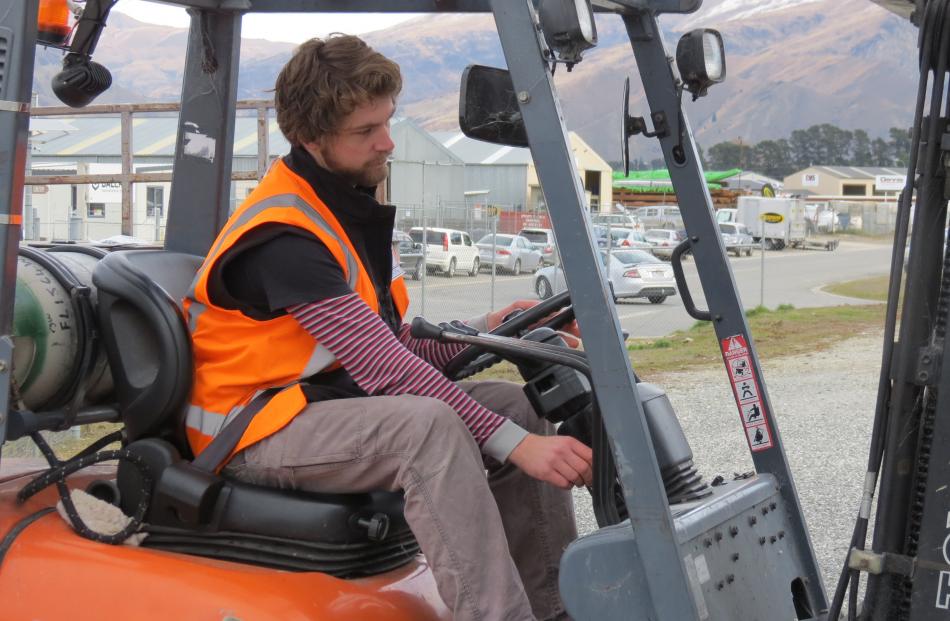 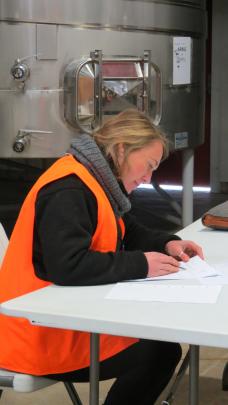 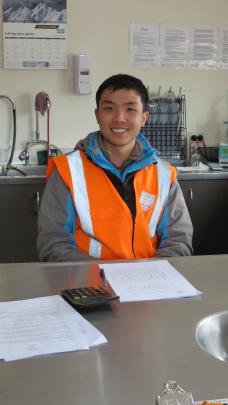 Although Jordan Moores, of Felton Road, placed second in the Tonnellerie de Mercurey Central Otago Young Winemaker of the Year competition, he will represent the region in the national finals later this year.

The New Zealand Young Winemaker of the Year competition will be held at the Nelson Marlborough Institute of Technology on September 17.

Ben Tombs, of Peregrine, won the regional competition for the second year in a row on August 15 at VinPro, Cromwell.

However, he has been selected for the Burgundy exchange programme and will be in France while the finals are on.

They also competed in the Vin Olympics, which was a "head-to-head'' rolling barrels, dragging hoses, labelling bottles, making up cardboard boxes and throwing bungs into buckets.

There was an evening function at Bannockburn Hotel.

At 24, Mr Moores has been a vineyard worker with Felton Road for one year and five months.

"I work between the vineyard and the cellar,'' he said.

He grew up in Wellington and studied for his bachelor of science degree in microbiology at Otago University, followed by post graduate work in oenology at the Eastern Institute of Technology, Hawke's Bay. 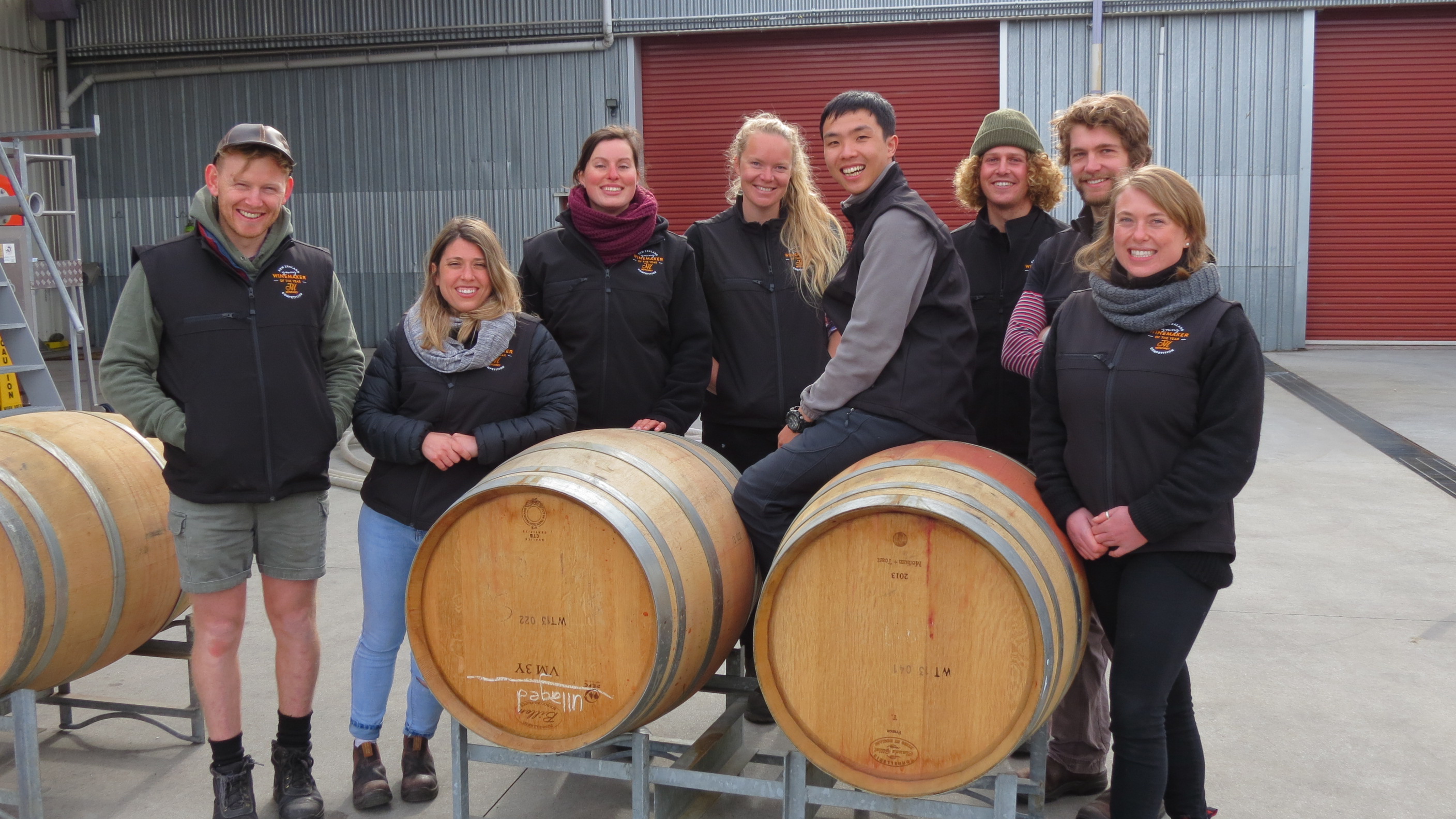 "I love the creative process. Every year is different.

"I wasn't really interested in the white walls, white lights and white coats [of microbiology] but the breadth of colours in the world of wines drew me in,'' he said.

What appealed to him was once the wine was finished, it reflected the decisions made earlier in the year.

"It is fascinating,'' he said. "That hot sun just before harvest, what we did in the cellar, the hard work.''

He said winemaking was more subjective than objective and while the basic methods were the same, the "pinache or je ne sais quoi'' of the individual winemaker was reflected in their unique wines. The Central Otago region had a supportive wine community.

"Felton Roadhas given me some amazing mentoring.''

As part of his preparation for the competition he spent time in a laboratory and also did extensive reading and wine tasting, as well as talking to people in the industry.

Mr Moores has received offers of help from many people within the industry to help prepare him for the national final and Mr Tombs has also offered to go over his experiences in the South Island competition the previous year.

The winner of the national final wins a trip to Burgundy.