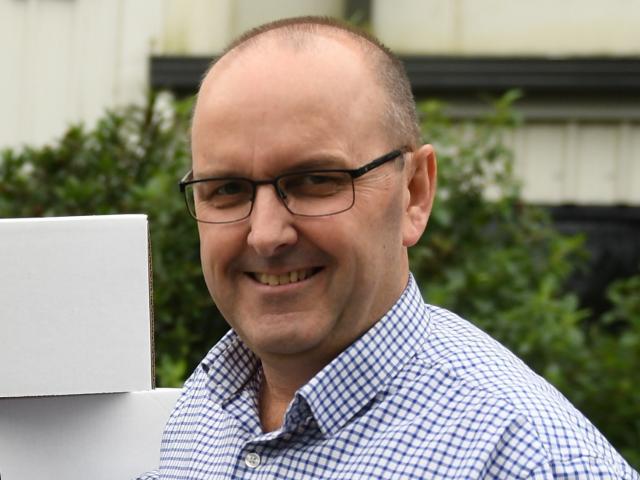 Grant Howie
Meat production at a 100-year-old Dunedin company has ceased and 13 staff have been made redundant but the owner of The Craft Meat Company says the business will live on.

The decision came after meat producers’ profits were cut by rising costs due to a global shortage of protein triggered by the African swine fever epidemic, owner Grant Howie said.

‘‘[It was] the most gut-wrenching thing I’ve ever had to do,’’ Mr Howie said of the decision to axe staff.

‘‘This was a business that my wife and I got into and was going on really well until ... African swine fever came along.’’

The 13 permanent staff, all of whom have been offered or taken up new jobs, were told in December the meat production would stop.

Mr Howie, who is a 30-year food industry veteran and a former executive with Silver Fern Farms, bought Fishers Meats in 2018 with his wife, Sherie Howie.

In October 2018, the Craft Meat Company launched plant-based ‘‘No Meat Mince’’ and relaunched it last year with a hemp protein recipe.

Mr Howie, who was reluctant to discuss the future of the company due to commercial and legal sensitivities, said he was working on keeping the plant-based meat part and other avenues of the business afloat.

‘‘There are ongoing operations at the Burnside facility, including all the plant-based meats,’’ he said.

‘‘I’m actively making, trying to make the different bits of the business continue [such as the] likes of the plant-based meats and I’m right in the middle of all that — that’s why I don’t want to get into too much detail.’’

Asked whether he was going to sell or had already sold what remained of the business, Mr Howie would not comment.

The company was continuing a cold store operation at the Burnside facility and was also processing Cardrona merino lambs for the food service sector, Mr Howie said.

The African swine fever led to costs that meant the company could not sustain its meat production.

‘‘You only have to look at the volatility in beef, sheep meats and pork because the world is short of protein because of the African swine fever ... hundreds of millions of pigs have died.

‘‘Passing on those cost increases just had a negative impact on my sales to the extent where some of the cuts of meat that I was needing as raw material just simply weren’t available any more.’’

Mr Howie had confidence in the plant-based meat market, in the past calling it ‘‘arguably the biggest trend in Western food’’.

He said his focus in recent weeks had been on securing future employment for the 13 workers, rather than keeping the 100-year-old company going.

‘‘The sense of history was way in the background compared to getting future jobs lined up for my team.’’