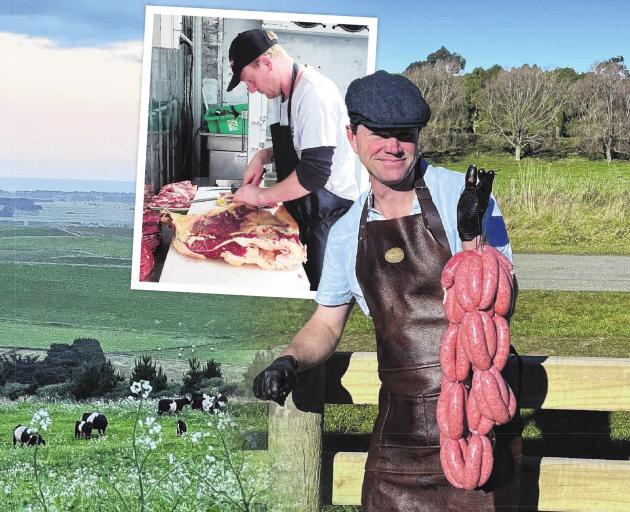 The meat gets cut up in a facility on a 64ha farm the brothers live on with their families in Morven, about 15km north of the Waitaki Bridge.

"I’m the farmer and Eddie is the butcher," Adam said.

"The Galloway breeders are quite excited because they haven’t had a commercial outlet for their meat and we are trying to change that for them."

Only six farmers in the South Island breed enough purebred Galloway cattle to be able to supply the brothers the 100 cattle they need annually to meet current demand.

After the cattle were bought, they were fattened on farms in Waimate and slaughtered at abattoirs in Ashburton or Gore throughout the year to ensure a constant supply.

Of six farms supplying Galloways, five were in Otago and Southland.

Creating a business model around a breed considered by many as "weird and wacky" which lacked numbers in New Zealand had been interesting.

"If we grow, we are going to need more. We are basically cleaning out the people who have got them and there’s no spare capacity."

A herd of Belted Galloways graze on a paddock of regenerative pastures in Morven. PHOTO: SUPPLIED
In New Zealand, the Galloway breed was used as a service bull in the dairy industry or as a "nice fluffy-looking animal for a lifestyle block".

The Scottish breed was more highly regarded as a beef breed in other parts of the world than in New Zealand.

"New Zealand farmers haven’t got into it, they are more preoccupied with Angus and Hereford but we’ve decided to go down the Galloway route."

He considered Galloway meat to be "as good as, if not better" than meat from more common beef breeds in New Zealand.

The meat had health benefits compared to other breeds, he said. The origins of the Galloway breed could be traced back to the Vikings, he said. Galloways had a thicker coat which meant it formed less white fat than other breeds to keep warm.

A lot of the fat in Galloway meat was intramuscular and the marbling provided flavour.

International studies had shown it was higher in omega fatty acids.

"Galloway beef is renowned for being some of the healthiest beef we can eat."

He was on a mission to "school up" the New Zealand public on the quality of Galloway beef.

A drawback of the breed for farmers who want to grow as many beef cattle as they could, as quickly as possible, was the Galloways being smaller and growing more slowly than other beef breeds.

"That’s why farmers have shied away from it." 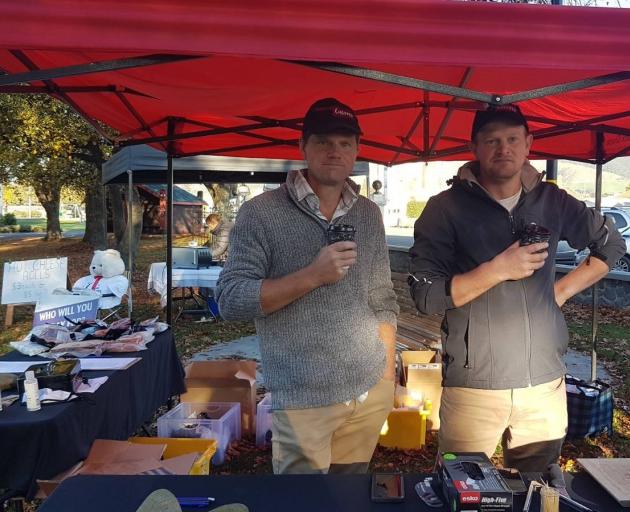 Chopped Butchery co-owners and brothers Adam (left) and Eddie Rivett sell Galloway meat at Waimate Community Market. PHOTO: SUPPLIED
Galloways generally needed to stay on farm for longer than other beef breeds to get to a slaughter weight.

"They are a two-winter animal."

He believed anything which takes longer to grow, produces a better product, such as a native tree producing better timber than an exotic species, given time.

Another reason the brothers chose to showcase the Galloway breed was because it had a smaller environmental impact than other cattle breeds, such as causing less pugging and eating less in winter, due to its thicker coat.

Galloways would eat any type of feed, which suited a trial regenerative agricultural system on their farm.

"A Galloway will mow down anything because that’s how they used to get through in Scotland — they had to learn to eat everything, or they didn’t survive."

He had some reservations about regenerative farming but he was willing to give it a go because something needed to change, especially as fertiliser prices rose

Consumers were getting more discerning about how their food was produced so he believed demand for Galloway beef would continue to grow, he said.

The brothers sold their meat online and at farmers’ markets in Waimate and Oamaru.

Farmers’ offers to supply them more common beef breeds to butcher and sell, such as Hereford, Wagyu and Angus, had been declined.

"You can get Angus in the supermarket, you can even get it in McDonald’s — we are trying to do something a bit more unique."