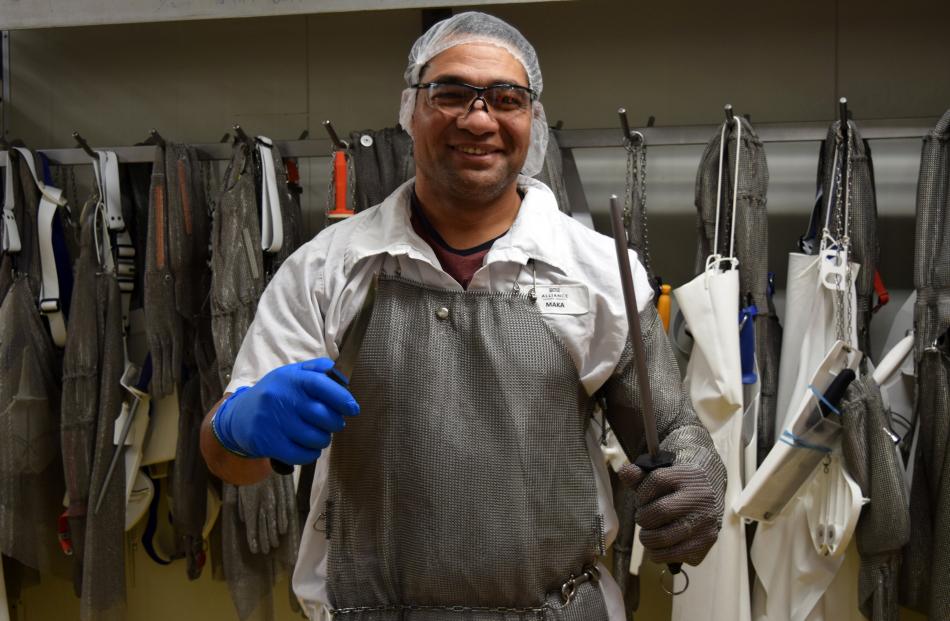 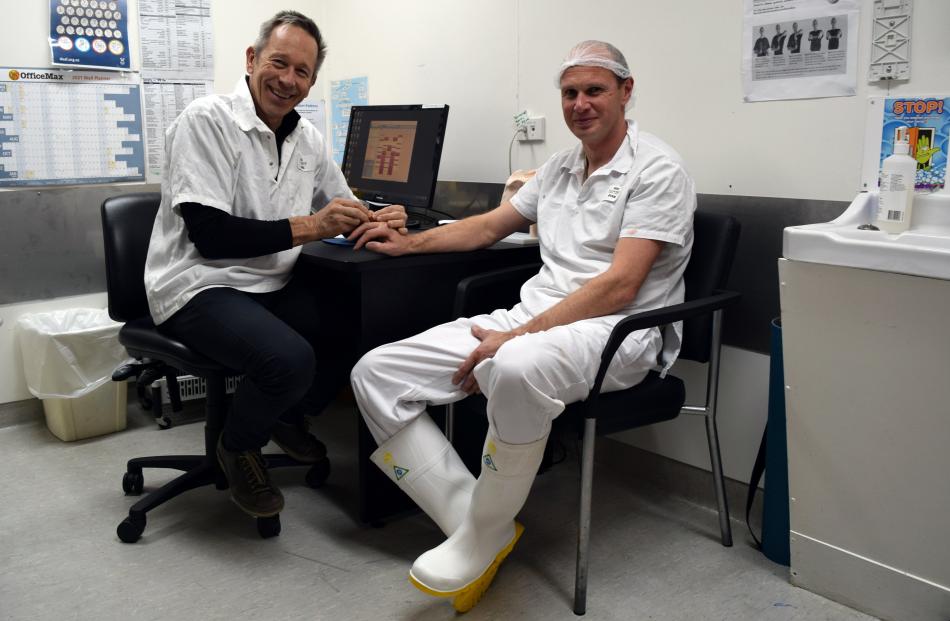 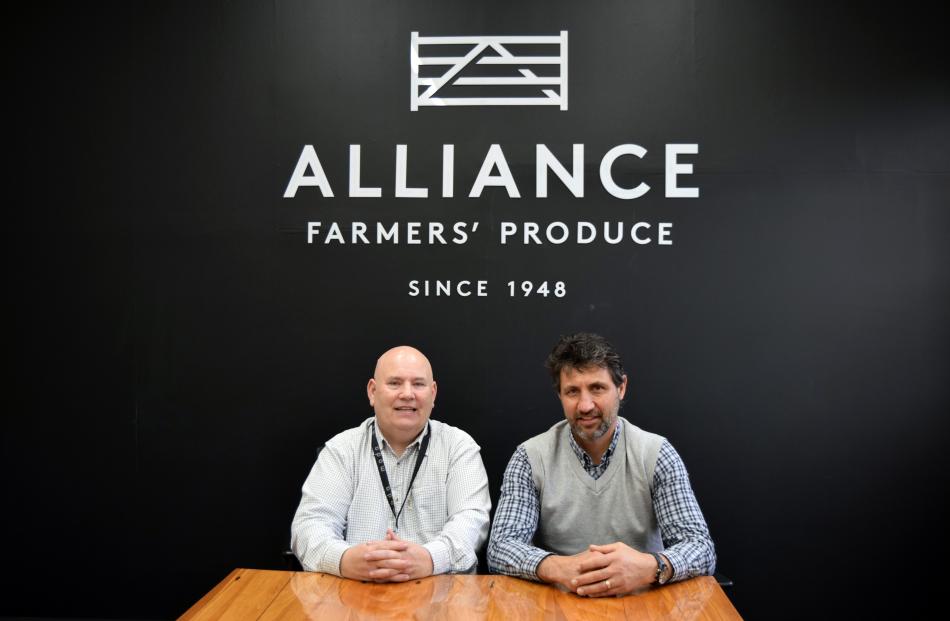 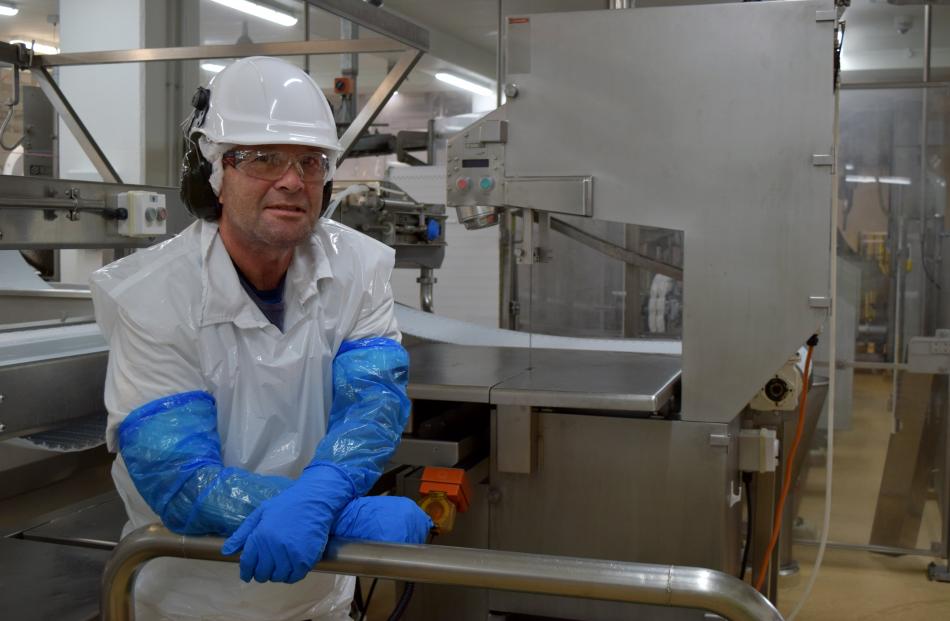 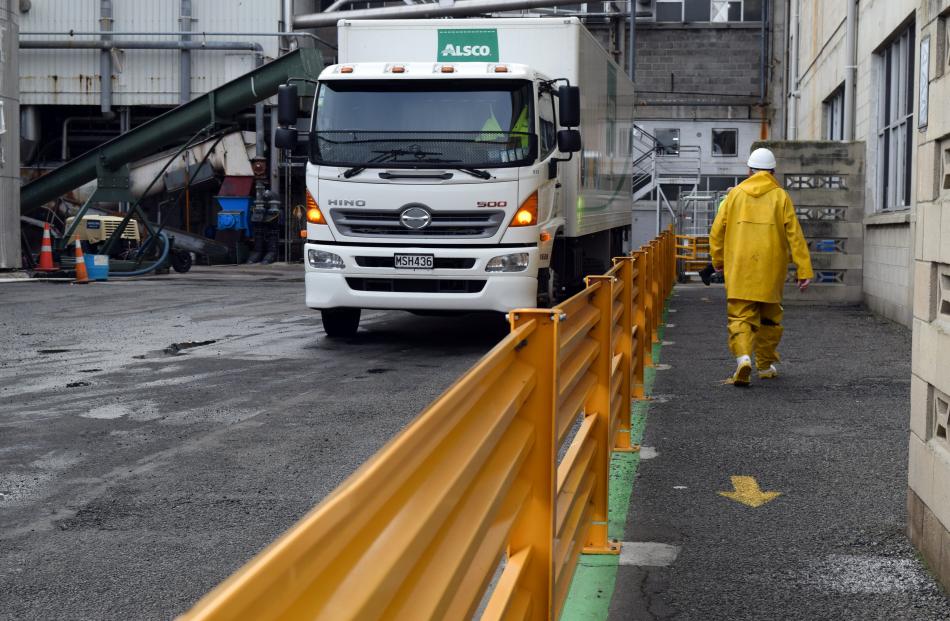 Alliance Group has invested more than $1.2million on installing safety barriers to separate pedestrians from traffic at its Pukeuri plant near Oamaru.

ACC claims for injuries sustained in meat processing plants have taken a dip. Reporter Shawn McAvinue visited Alliance Group's Pukeri plant to see the changes being made to improve health and safety and reduce its injury rate.

Alliance Group Pukeuri plant manager Phil Shuker takes it personally when anyone gets injured at the meat processing plant, about 8km north of Oamaru.

The days of telling staff "to take a concrete pill and harden up" were over, he said.

Nearly 19 injuries were sustained for every 1million hours worked at Alliance sites across New Zealand.

The injury rate had fallen 80% in the past five years, he said.

He believed injuries were avoidable but it was a "long journey" to reach a goal of "zero injuries".

Alliance has made a "major investment"in the past two years to reduce the number of staff suffering sprains and strains and being cut by knives.

More chain mail armour had been bought for staff to wear to reduce cuts.

Now, enough chain mail was provided to cover all of a butcher’s arm, not just the lower arm.

If an artery in the upper arms was cut, a person could "bleed out" in eight minutes, Mr Shuker said.

Mr Shuker said another investment was installing BladeStop bandsaws in the plant.

Dunedin company Scott Technology created the machinery to reduce the risk of serious injury by mechanically stopping the blade when the unit sensed the operator had come too close to the blade.

The BladeStop bandsaws stopped sawmen cutting off their fingers, he said.

"I’ve run plants where people have lost fingers and trust me, it’s not nice."

Staff usually were injured during a "momentary lapse" in concentration.

Alliance group Pukeuri plant sawman Andrew McLaren said the blade on the new bandsaws stopped if the gloved hands of the operator got within 5mm of it.

Before the new technology was installed, sawmen got cut by not turning a machine off before attempting to free meat stuck on the blade.

Sawmen were also cut by a blade when they were talking to someone rather than concentrating on their work.

"A lot of it is just human error - the saw is doing its job correctly. If you’re yapping, that’s when it’s going to happen."

All staff were taught the correct way to use a saw and were expected to follow protocol, Mr McLaren said.

"There are shortcuts but they’ve been shown the company way and if they cut themselves - it’s on their head - because they are doing something silly."

Mr Shuker said the plant employed full-time knife sharpening tutors, who taught sharpening skills and checked the sharpness of knives, because a blunt knife required a butcher to use more force and increased the chance of them injuring themselves.

At a clinic at the plant, three nurses worked shifts and a doctor and and physiotherapist regularly visited.

Oamaru Physiotherapy Clinic co-practice principal Mike Stewart had a contract to work at the plant two days a week.

Mr Stewart said he had been contracting as a physiotherapist at the plant since 1989.

When Southern Rural Life visited, Mr Stewart said he was restoring the movement to a "fat and swollen" finger joint of A-grade beef butcher Ryan Stringer.

The fine joint needed good function to give Mr Stringer the power required to grip a knife again.

Mr Stringer said his finger was injured when a cow kicked him last month.

"I was with a trainee and I saw the cow’s leg coming up and I put my hand out and it bent my finger back."

INVESTING IN SAFETY: Of the 726 new claims made to ACC for work-related meat processing injuries last year, 21 were from Otago and 80 from Southland. Most of these claims involved soft tissue injury, with hands/wrists, fingers/thumbs and back/spines also featuring predominantly. Looking back on the past decade, the number of new claims in Otago is slowly decreasing, while Southland is remaining more static. The total cost of work-related meat processing ACC active claims in New Zealand

Free counselling was available to all staff.

Mr Shukur said he needed counselling after a young man working at the site was injured.

"I struggled with the injury so I went for counselling."

He was happy to advocate for the value of counselling and to seek support when it was needed.

The counselling service was also open to family members of staff.

"That’s our complete commitment because we have to support our team members."

Alliance had a mental health programme to encourage staff to ask for support at an early stage.

Some staff were trained to be "connectors" to recognise signals of staff struggling with mental health issues and to offer to link them to support.

"We firmly believe if we support people through challenging times, then when they come out the other side, the investment will come back."

On site, every department stopped twice a day, for a minute each time, for stretching exercises.

The company offered its staff a range of free health services such as prostate cancer screening and cervical screening tests.

Alliance wanted to provide support so when staff retired — many working for more than 50 seasons — they were healthy enough to enjoy it.

Measuring any improvement of holistic wellness in staff was difficult, he said.

"But what we can say is it’s not from a lack of trying."