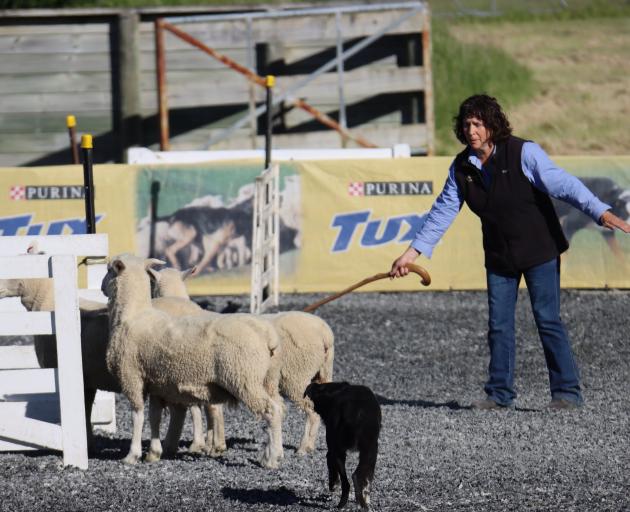 The top two placegetters will compete in the South Island semifinal at the West Otago A&P Show today.

The Tux NZ yarding challenge event was organised by the Gore Sheep Dog Trial club with help from the Greenvale and Maitland club on behalf of the Southland Sheep Dog Association.

The two day trial, which also included the Trans-Tasman Challenge, was held at Glen Islay Station near Mandeville.

Southland Sheep Dog Association secretary Maria Horrell said there were 145 entries, significantly higher than in the past few years.

‘‘This year, they’ve just come out of the woodwork — perhaps ’cause they’re not allowed to go anywhere else.’’

Challenge marshall Trevor Roughan said the trial was held at Glen Islay Station because it had the quantities of dry hoggets needed.

The 450 hoggets were worked with dogs for several days.

The sheep were mostly well behaved but during the final were not as easy to work.