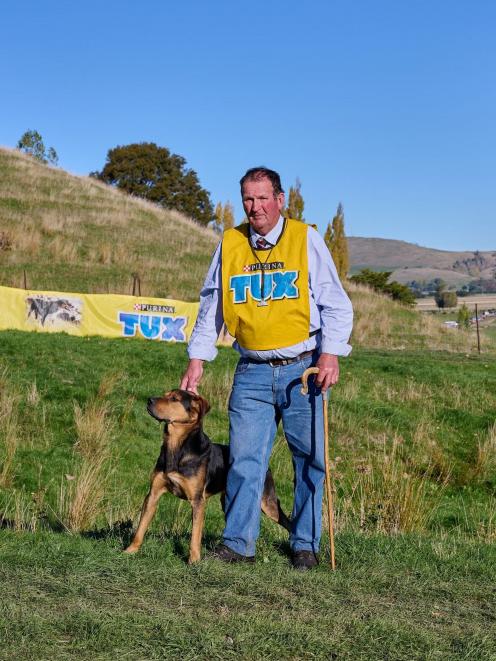 Grant Plaisted, of Waikari, and Mike "Bones" Evans, of Greta Valley, have been travelling up to the North Island sheep dog championships together for years, but have never brought back the silverware — until now.

The straight hunt final was won by Mr Plaisted and his dog Coke, while Mr Evans and his dog Dawn won the short head and yard.

"I’ve been competing for a long time, and Bones and I are from ‘sister clubs’ [Waikari and Omihi], so we always go up together," Mr Plaisted said.

"Three years ago the two us went to the North Island, in Taranaki, and we discussed if we were ever going to get into one of those run-offs," Mr Evans said.

"That year we didn’t even get on the board."

While Mr Plaisted won a Canterbury huntaway title last year with Coke, and has been placed in the South Island championships, Mr Evans has never won a major title in 52 years of competing. 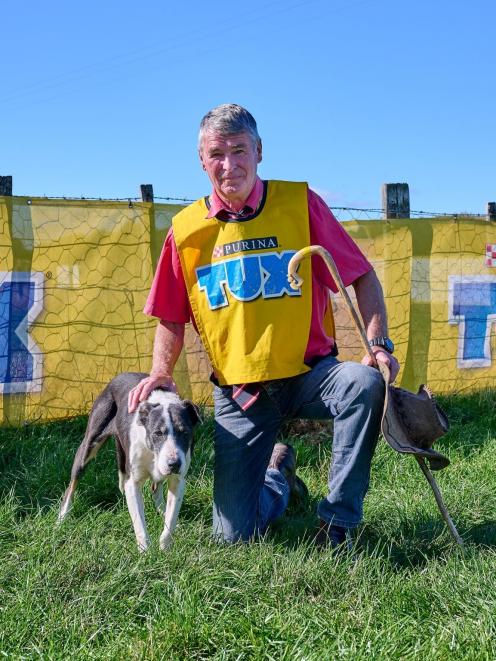 Mike Evans, of Greta Valley, and his dog Dawn won the short head and yard at the North Island sheep dog trial championships last month. PHOTO: SUPPLIED
"I had to make a speech and I said ‘this like the Academy Awards, but this one is harder to win’," Mr Evans said.

"I’m still pinching myself. I don’t know how I managed to pull it off. This is a bucket list moment — you do this maybe once in a lifetime if you’re lucky," Mr Evans said.

The former Greta Valley Tavern publican said retirement had allowed him more time to work with his dogs.

He bought Dawn after his good friend and fellow dog triallist Gary Woods, of Leithfield, near Amberley, died unexpectedly in 2017, Mr Evans said.

"They say you can’t teach an old dog new tricks, but I didn’t know Gary’s calls, so I had to start from scratch with Dawn."

Dog trialling ran in his blood as both his father and grandfather were dog triallists and his father’s dog Haig was immortalised as the dog in the statue at the Church of the Good Shepherd at Lake Tekapo.

"It’s not just me and Dawn that have done this thing [winning the title], it’s my wife, the neighbours feeding the pups and friends who have helped out," Mr Evans said.

Mr Plaisted first got into dog trials as a youngster, after being exposed to it at field days run by rugby clubs and schools to raise funds.

"I talked the old man into giving me a dog and I’ve been doing it ever since and I’ve been competing at the top level for 40 years."

After living in the North Island for 40 years, Mr Plaisted returned to the South Island to manage sheep and beef farms at Lees Valley, near Oxford, and Double Hill at Scargill, near Waikari, before retiring.

"I’m meant to be relaxing but I do quite a bit of casual farm work, which keeps the dogs busy.

Both triallists will be lining up in next week’s South Island and New Zealand championships in Gore, where Mr Evans and Dawn will compete in the short head and yard and the long pull, and Mr Plaisted and his two dogs, Coke and Herb, will compete in both the zigzag and the straight hunt.

"You look for a good hunt where the sheep don’t stop. But there’s a lot of luck involved," Mr Plaisted said.

"You’ve got to get the weather right and when the sheep have the sun on their backs they tend to behave better.