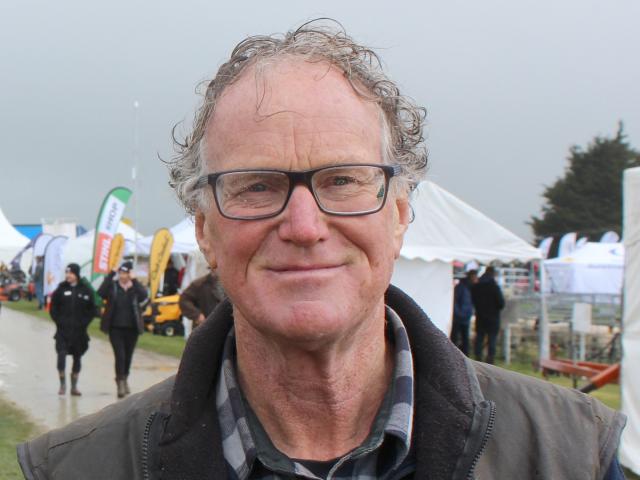 Paul Mutch
The signs are up and planning is well in hand for the fourth annual Otago Field Days.

They take place at the Palmerston Sale Yards alongside State Highway 85 on October 4 and 5.

Since the signage was installed last week, there has already been feedback, chief executive Paul Mutch said.

''The Sale Yards is a wonderful site,'' he said.

It has excellent access from a main highway and is just west of the SH1 intersection in Palmerston.

There is plenty of space to host a wide array of exhibits on flat land, and convenient car-parking is available in adjacent paddocks.

''What we've really learned a lot about is the meaning of the term 'on-site','' Mr Mutch said.

''We can develop a lot of systems for farming and support industries.

''It's personalised. That's how you get it the way you want it.

''On-site, individuals can have their experience tailored. We're focused on that now. That understanding is vital.''

The field days have developed considerably since they were first held at the Palmerston showgrounds in 2016 as the East Otago Field Days - a new venture from the Palmerston and Waihemo A&P Association.

A charitable trust has been formed and a team of volunteers aligned with it to run them, Mr Mutch said.

''We knew we needed a new entity right from the beginning.''

The trust would be an efficient way of operating and would add meaning to what the field days were doing, he said.

The organising committee has always sought feedback from field days participants and acted on it.

''We said 'let's do the changes now, get it established','' Mr Mutch said.

The Otago Field Days have an advantage over their Kirwee and Waimumu counterparts of offering a presence to rural goods and services providers every year, not just biennially.

They were attracting many exhibitors from South Canterbury as well as throughout Otago much further afield.

The field days gather a lot of people with similar interests and experiences in one place, giving many businesses and community groups the sort of access that would otherwise be impossible, Mr Mutch said.

That had been seen with the Health Hub at previous Otago Field Days, which had now gained support from the Southern District Health Board.

Likewise, technological advances in farming and new environmental initiatives could be explained face-to-face to a receptive audience.

Entries were on a par with last year so far, but many more were expected before the gates opened, Mr Mutch said.

The field days will be open to the public from 9am to 4.30pm both days. Admission is $10 for adults and free for those aged 16 and under.