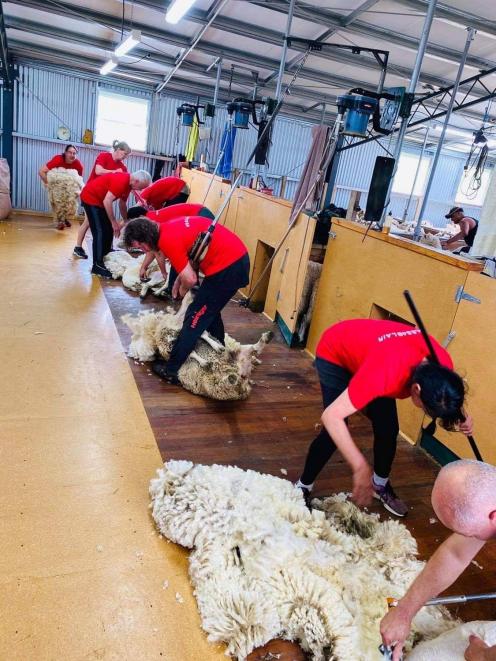 If there are bales with black wool taking up space in someone’s shed, they are happy to accept them as

The wool will be processed and turned into insulation for the Southland Charity Hospital, or sold, with funds used to pay for various items such as wool blankets for the charity’s beds.

The hospital is being built in memory of Southlander Blair Vining, who died from cancer in October last year.

Mrs Cameron said she and the others had been delighted with the response so far, although they were yet to add up promised donations for a final tally.

The campaign had been expected to wind up at the end of January, but as the main shear was still under way, the deadline for donations might be extended to late February, depending on demand.

"We want a big push.

"People often leave things like this to the last minute."

They were happy to accept bellies and short pieces as well as black wool, which can be used in insulation.

"Many people have little bits of fleece they don’t know what to do with it, so they can give it to us."

The campaign has the support of New Zealand Wool Scourers Ltd.

"In fact, we have had amazing support from the whole industry."

Mrs Cameron can be contacted on 027737-7218, through the Bales4Blair Facebook page or through wool brokers.