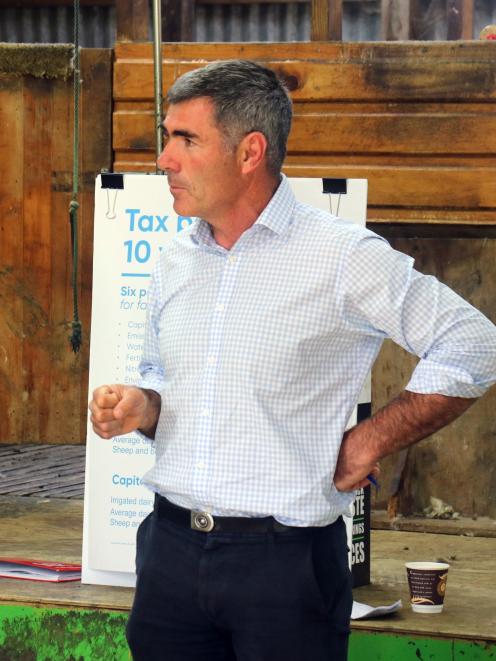 In July, he will replace independent chairman Bruce Wills, who has held the role since Apiculture New Zealand was established in 2016.

Mr Wills said Mr Guy would be a welcome addition to the board.

“Nathan’s commitment to New Zealand’s primary sector, his understanding of the challenges and opportunities faced by the apiculture sector, and his ability to connect with key stakeholders here in New Zealand and abroad will be welcomed by the industry.”

Mr Guy’s time as minister had allowed him to gain experience and knowledge in biosecurity and honey regulations, as well as international markets and consumers.

Mr Guy spent 15 years as an MP and nearly nine years in governance as a minister of the Crown, with five years as the primary industries minister.

Mr Wills is no slouch himself in the leadership stakes, as the former national president of Federated Farmers.

Mr Guy said the bee industry played a critical role in the agri-sector, contributing more than $5billion to the economy, through honey and bee products and pollination services.

“There is huge opportunity to grow the sector’s value to New Zealand and I look forward to working with the board, its members and industry to continue their work consolidating a sustainable future for the apiculture sector.”