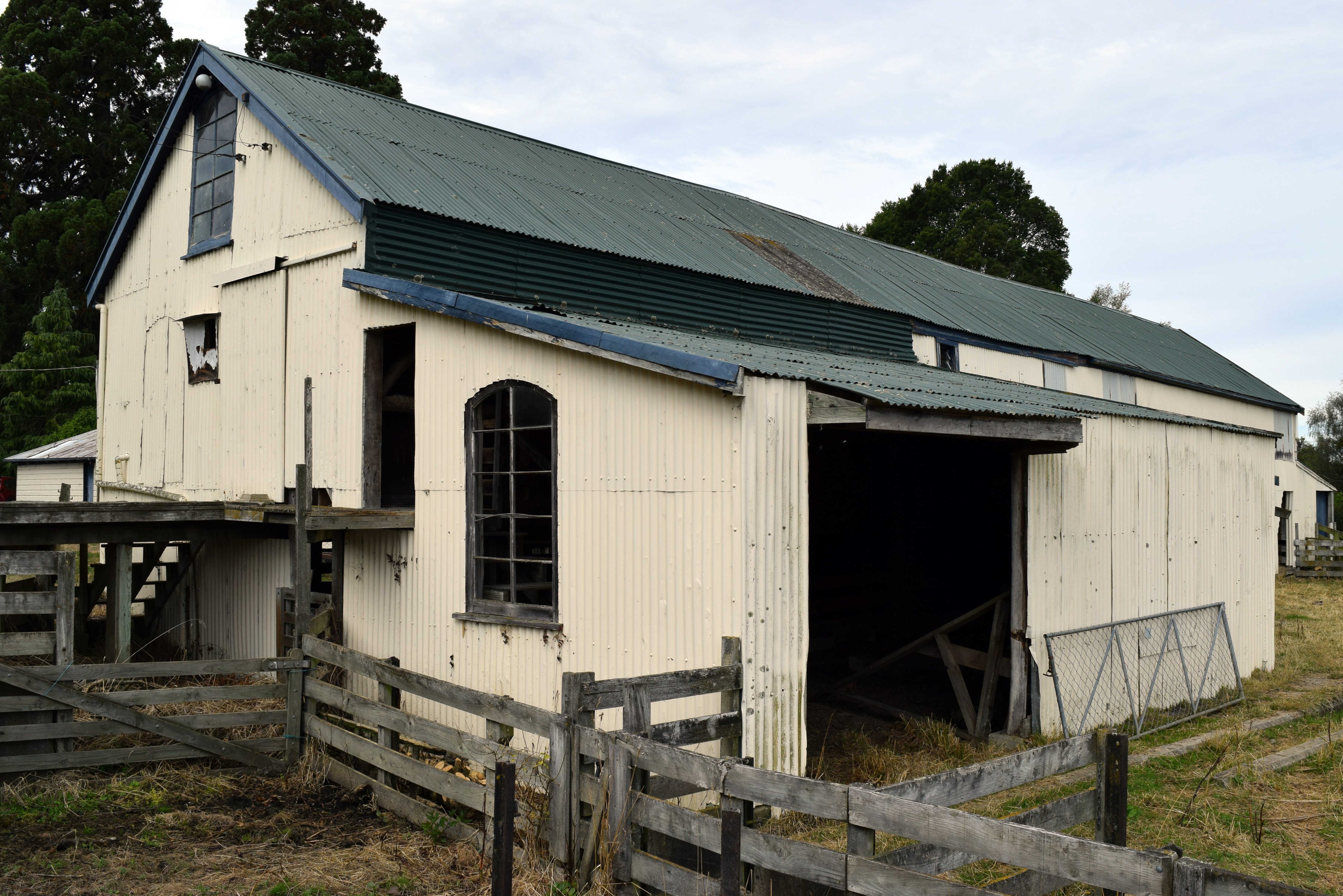 The woolshed on Salisbury Estate in North Taieri. Photo: Shawn McAvinue
One of New Zealand’s oldest woolsheds is set to open its doors.

Salisbury Estate owner David Jennings, of North Taieri, said the woolshed on the estate would feature on the Historic Homes of the Taieri fundraising event.

When the estate was owned by businessman and politician Donald Reid in the late 19th century, it comprised more than 2400ha, he said.

Up to 1000 sheep a day were once shorn inside the woolshed on the farm, Mr Jennings said.

Mr Jennings bought the estate in 2010, which now lies on nearly 7ha in Wairongoa Rd.

The woolshed was used when shearing his flock of 20 Arapawa sheep.

The flock ‘‘naturally lose their fleece’’ but he recently paid a contractor to shear the wool so it could be given to a local spinning and weaving group.

He believed the woolshed, measuring about 225sq m was built in the early 1870s, because the manufacturers’ stamp on the corrugated iron could be traced to a firm in London, which was exporting at that time.

‘‘It’s one of the oldest buildings in New Zealand.’’ 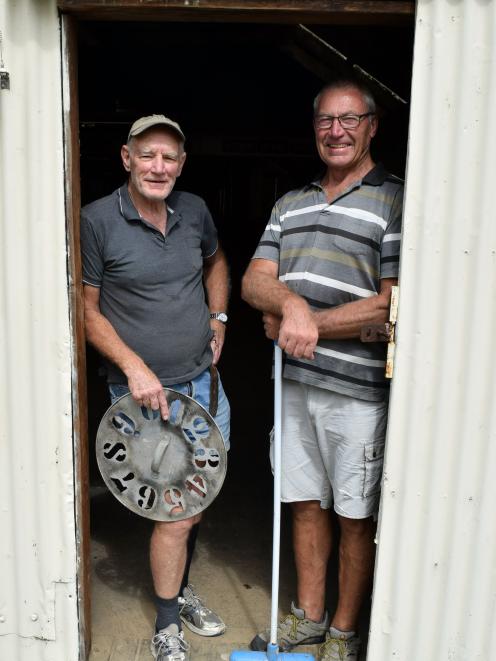 Cleaning the woolshed on Salisbury Estate in North Taieri are Rotary Club of Taieri member Colin Brown (left) and treasurer Neil Hodgkin, both of Mosgiel. Photo: Shawn McAvinue
The woolshed had been maintained and was in a good condition and had many unique features.

A concrete race outside the woolshed features pieces of railway track.

A brick forge on the ground level of the woolshed was once used to create shoes for Donald Reid’s team of Clydesdale horses.

The house on the estate — which Heritage New Zealand has graded as Historic Place Category 2 — was enlarged to the design of Victorian architect Robert Arthur Lawson in the 1870s.

Three ‘‘ornate’’ windows salvaged during the renovation were installed in the woolshed.

Rotary Club of Taieri member and Historic Homes of the Taieri convener Colin Brown said the 15 stops on the tour included a visit to the ‘‘majestic’’ 1861 stone cottage Glen Lyon and a taste of water from Wairongoa Spring.

The money raised from the tour would be given to four local charities, he said.