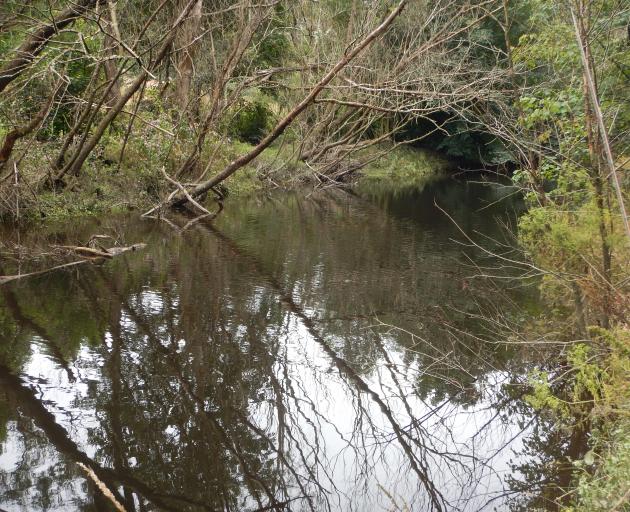 Because the ground is still saturated in many catchments, it only takes a short burst of rain to raise levels again — so it is a good idea to check river levels before setting out on a fishing trip.

This has been especially true this week: isolated thunderstorms raised river levels for a day or so before water levels dropped back to normal.

Even rivers that are close to or at normal levels may be misty due to the amount of silt carried into the system, even by brief showers.

Mistiness can be a hinderance when it comes to spotting fish but once you have found them, it make them easier to catch as they will be less wary. 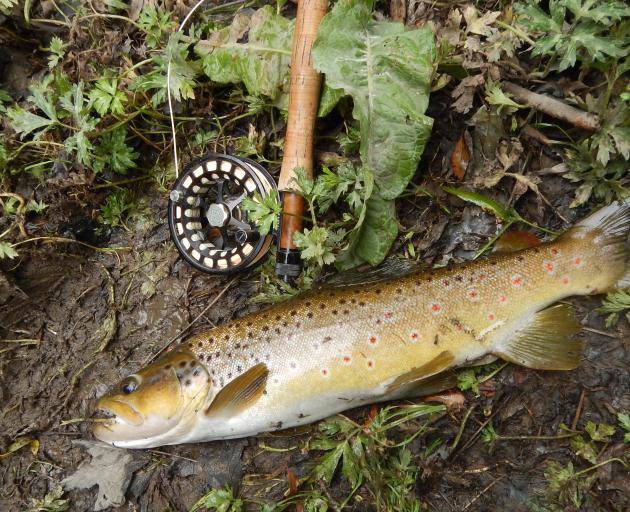 A 1.5kg brown trout.
There are lots of options for fishing this weekend, although the usual cicada bonanza has not taken off yet and may not do so unless we get an extended warm spell.

Rivers will be the best bet.

The upper Taieri looks good and the Waipahi is in perfect order.

The lower Taieri is in good order for spinning but needs to drop a bit for the fly.

The Clutha is still high and murky as there has been recent rain in the Alps, keeping the feeder lakes high.

On the lower river, finding a relatively slow-moving area could still provide a good option for fishing an evening rise.

At the end of last week I visited the Pomahaka. It was at a good height for fishing but a little misty.

Nevertheless, I was encouraged by a couple of rising fish where I parked the car.

I walked downstream to fish back up and in four hours fishing only saw six fish, all of which saw me first, were out of range, were in otherwise impossible positions or a combination of the aforementioned annoyances.

The lower Waitahuna had looked to be in good order when I crossed it earlier in the day, so that is where I went.

The flow was good and the water, although peaty, was clear enough to see the bottom in a metre of water.

I covered several hundred metres of river and did not see a sign of a trout.

The river had been up at least 4m recently, going by the tide mark on the banks, so maybe the trout were not back to normal.

Yet another move, this time to the Tokomairaro.

I saw a fish straight away and then several rises.

There were several trees fallen across the river and piles of flood debris; the low-growing willows did not help either.

Risking life and limb — and a few flies — I managed to cover a few fish. Most of them obliged and I even managed to net them, only getting slightly wet.

Hopefully the next outing is a bit easier.