Dunedin agritech company OmniEye is set for a big year and is aiming to go international.

OmniEye co-founder and chief executive Greg Peyroux said he and Benoit Auvray used their expertise in machine learning, artificial intelligence and software design to create facial recognition technology for sheep in 2019 but the market was not ready for it.

To find a ready market, Mr Peyroux spent lockdown in 2020 making hundreds of calls to farmers asking about industry issues so artificial intelligence technology could be developed to address it.

"Lameness in cattle was the clear winner ... once we got our teeth into lameness being a massive issue, there was no looking back."

The OmniEye locomotion camera was created and installed as a pilot on Pamu Landsdown dairy farm in Romahapa, about 10km south of Balclutha, about 18 months ago.

The technology scans the 650 Kiwi Cross cows as they leave the milking platform on the 320ha farm. 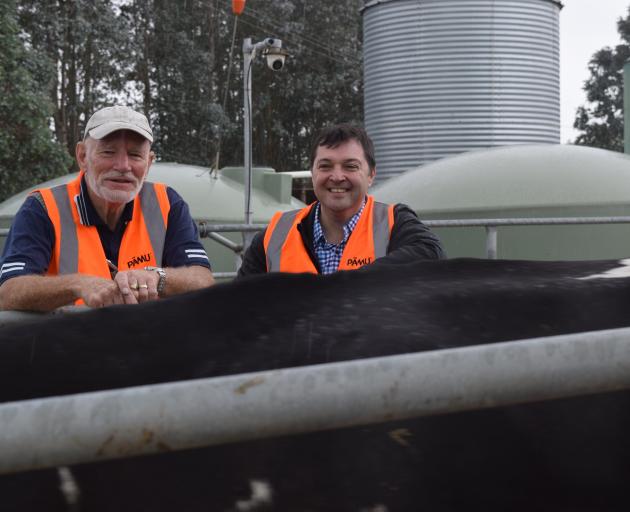 The camera maps 27,000 data points across every cow each time it leaves the milking shed twice a day.

The real-time data is available on a computer for the farmer to make decisions by detecting lameness early, giving them the ability to draft them off and treat them, which reduces costs and improve production.

The technology deciphers the natural "gait" of each cow, so if it had a naturally strange walk, it would not be incorrectly identified as lame.

"The camera can pick that up much better than a human can."

The technology was on 11 dairy farms in New Zealand, mostly in Canterbury, and the number was set to grow this year.

Although the technology had the potential to map beef cattle, horses, goats and sheep, the focus would remain on dairy cows because it was the biggest market.

OmniEye board chairman Colin Brown, of Mosgiel, joined the OmniEye board in July last year to gear up the company for further growth.

He founded TracMap and grew it to become one of the country’s largest agricultural GPS businesses, before taking it offshore.

The appeal of OmniEye was unique technology solving a major problem.

Board members were recruited to "flesh out the knowledge base around the table".

The technology was priced to make economic sense for farmers to use it.

The aim this year was to find solutions for any "teething problems" and then scale up the operation.

One of the first steps the company would make this year would having OmniEye being an "incredibly valuable management tool" to be able to detect lameness, body condition scores and broken tails of cows on dairy farms across New Zealand.

"Step two is to take it international."

OmniEye plans to introduce the technology to Australia and the United States dairy industries this year, he said.