Plan to put pipeline out of sight soon 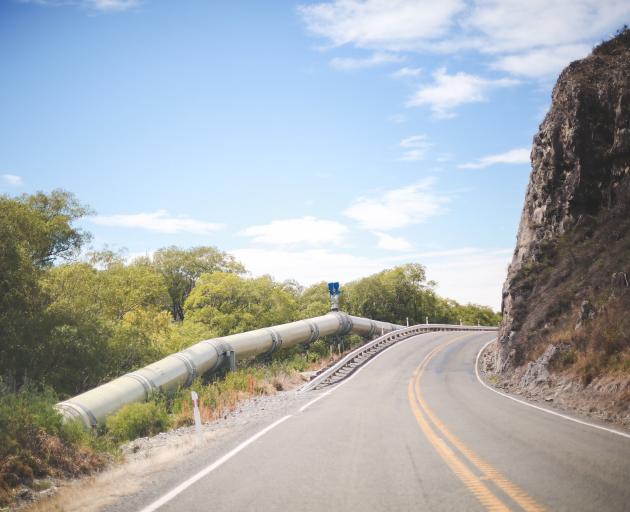 The company was issued an abatement notice by the Waitaki District Council in August last year, after criticism the pipe spoiled the State Highway 83 scenery and blocking the view breached the company’s consent.

However, it was later cancelled and a new notice was issued directing the company to reach project milestones by September this year.

Chairman Jock Webster said the company asked for more time to complete the work to satisfy all parties.

"We asked the district council to extend the abatement notice for another year so we didn’t have to shut it off during the irrigation season, which would have been very debilitating on the farmers in the district," Mr Webster said.

The system would now be shut on April 1 next year, which was "earlier than what some farmers would like", to ensure the pipe would be moved underground by mid-September.

"We need that amount of time and so by next September it’ll look very different."

A small portion of the pipeline would remain above ground, but it would be below road level.

Contract work would be carried out by Monadelphous, and a couple of issues including leaks and technical issues at the pump stations would be remedied in the "off season".

"Generally the scheme is going very very well and there’s huge savings in the amount of water that’s being used and it’s much simpler to operate and very good from the farmers’ point of view."

The company previously received a $3million loan from the council, and repayments would begin next year.