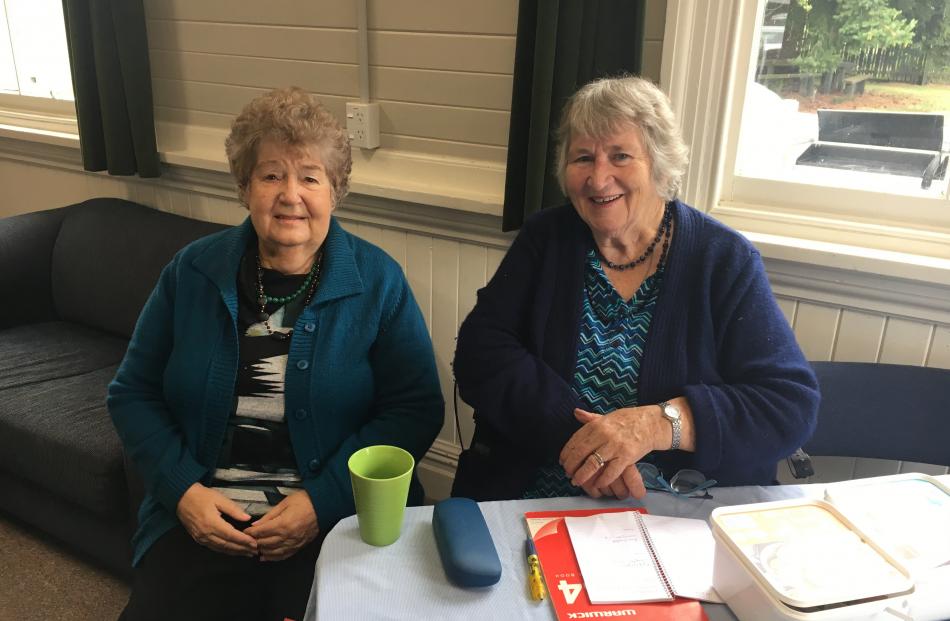 Judith Earl-Williams (left) and Frances Smith have been volunteering for more than 50 years as part of the Sheffield Combined Churches effort to cater for the Sheffield Ewe Fair. PHOTOS: DAVID HILL 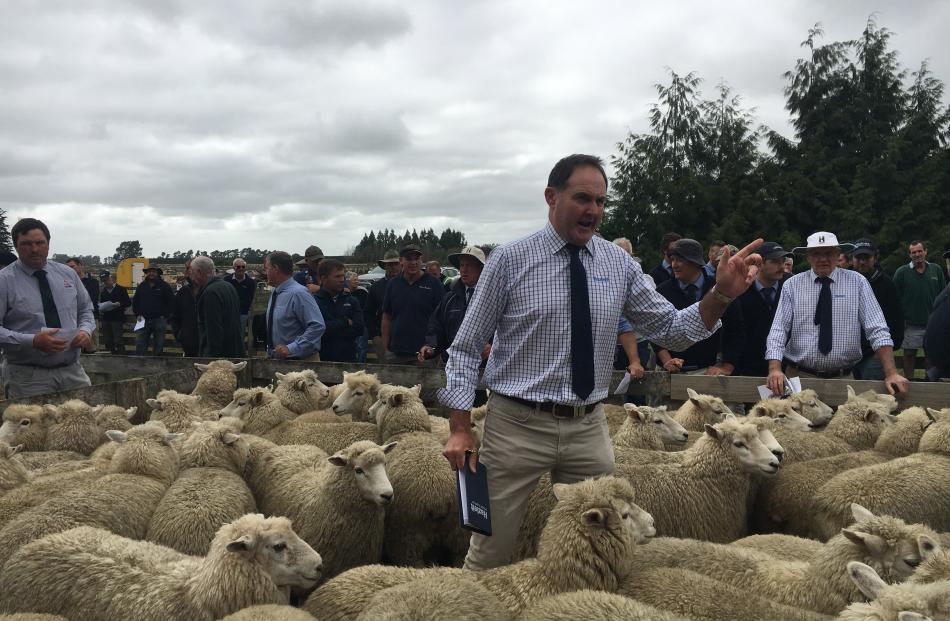 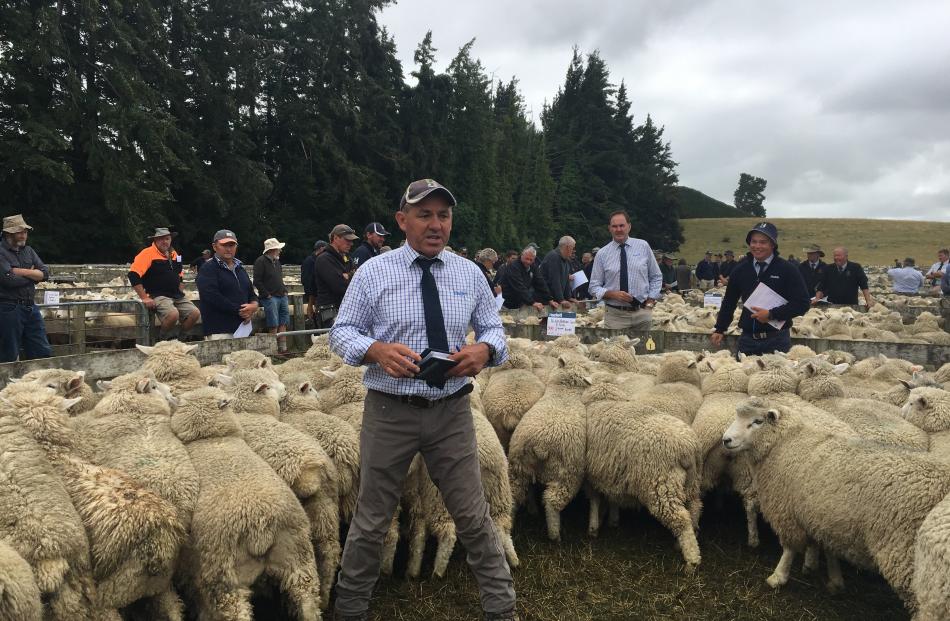 Hazlett auctioneer Phil Manera gets things under way in pen one at the Sheffield Ewe Fair on Friday. This lot of 300 Romney two-tooth ewes, vendored by the Hobson family of Te Pirita, on the north bank of Rakaia River, sold for $212 each. 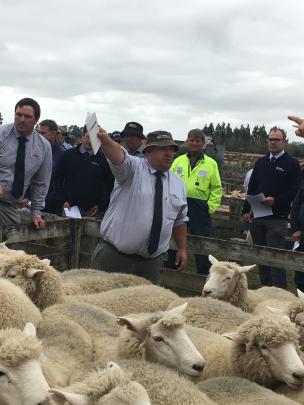 Rural Livestock auctioneer Robbie Reid takes a bid on a pen of Romney-cross two-tooth ewes which sold for $214 each. 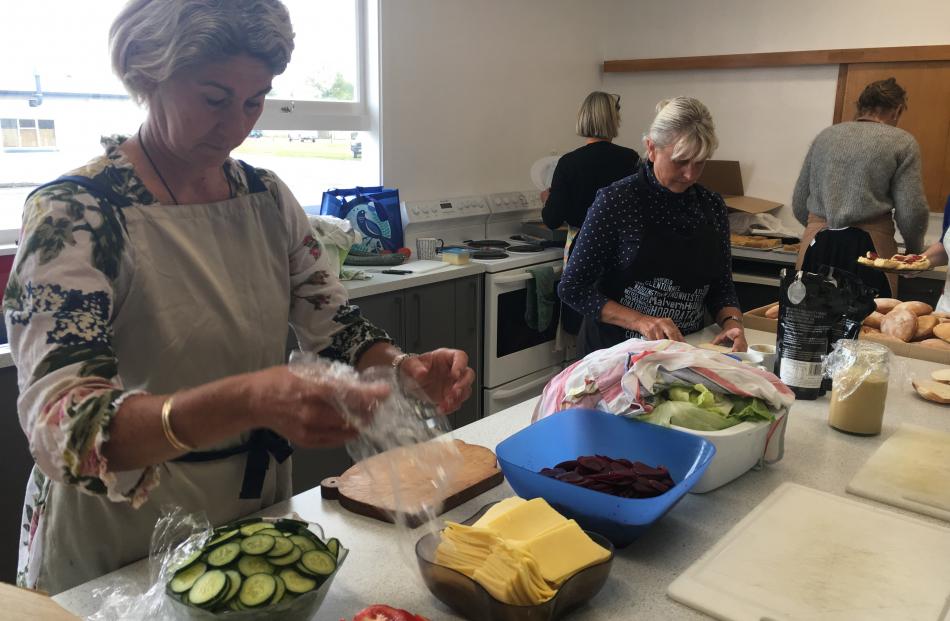 Ainsley Burton (left) and Francie Winter were part of a team of volunteers preparing lunch for hungry stock agents, farmers and transport operators at the Sheffield Ewe Fair on Friday.

The sheep industry is in good spirits in Canterbury, following a successful ewe fair season.

Speaking at the Sheffield Ewe Fair on Friday, Canterbury stock agents said local farmers are in good spirits despite the challenges of the past 12 months.

Peter Walsh & Associates auctioneer Allister Orchard had predicted a similar outcome to the Hawarden Ewe Fair on January 29 and he proved to be pretty close to the mark.

While the yarding of 10,000 was lower than expected, the day’s top price at Sheffield was $250 paid for a pen of mixed-aged Suffolk ewes, ahead of the $234 paid at Hawarden.

"They were big ewes. One of them jumped over the fence and I had to get it back in. It had a fair bit of weight on it."

Good conditioned two-tooth and mixed age ewes fetched in excess of $180, a similar result to Hawarden, he said.

"It was a good result today and they’ve pretty much all gone back on to farms rather than to killed."

While the older ewes sale was exceptional, there appeared to be less interest in the two-tooth ewes, Mr Marfell said.

"It’s a different type of buyer. A lot of guys who buy 5-year-old ewes are going to be breeding one season of lambs and then kill it and the lamb, whereas with the two-tooths you tend to get four or five years out of them."

A general trend in recent seasons, in both the North and South Islands, has been the number of breeding ewes sent to the freezing works, which was reflected in the smaller yarding, Mr Orchard said.

Overall, Mr Marfell said the sheep industry was in a good space.

"Since Christmas there’s been regular rains which has allowed the ewes to pick up quickly after weaning and they presented themselves well today.

"When you think the world’s restaurants are closed, I would say the sheep industry has done pretty well this summer."

The stock agents will now turn their attention to the calf sales next month and then the winter bull sales which begin in May.