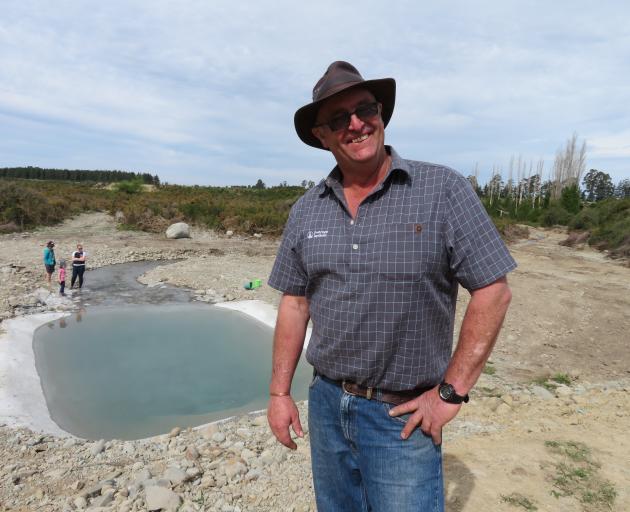 An overwhelming number of community submissions to Environment Canterbury’s (ECan) Long-Term Plan supported funding of the project through a targeted rate.

The rate funding will be reviewed in year three and will bring in $760,000 in year one and close to $1.2million in years two and three.

Hekeao/Hinds Water Enhancement Trust chairman Peter Lowe said the trust was thrilled by the community support for the project.

It demonstrated a community that cared, stood up and addressed the water issues that it faced.

The step up in local leadership was both exciting and necessary to address water quality issues in groundwater, the Hinds River and Hinds drains, Mr Lowe said.

The MAR project had benefited from significant financial support through local and central government over the last few years and now the local community would fund and lead the next phase of improving the scale, effectiveness and efficiency of it, Mr Lowe said.

The project is the country’s largest managed groundwater rehabilitation project.

Infiltration basins, which act like big leaky ponds, are filled with high-quality water which seeps down and recharges the groundwater, which in turn enhances quality and replenishes aquifers.

The Hinds MAR project has expanded its site numbers to 17 after starting with just one pond in 2016.

It is able to use up to 500 litres a second of Ashburton District Council consented but unused stock water from the Rangitata River.

Under Plan Change 2 (2018) to Canterbury’s Land and Water Regional Plan, the catchment must reduce nitrate leaching from farming activities by 36% by 2035.

Mr Lowe said water quality issues in the Hinds catchment were being addressed through the MAR project and also on farm through improved land use practices with irrigation and fertiliser application.

‘‘The challenges we face in the Hinds catchment are not unique, but our response is very much leading edge.’’

Mr Lowe said the MAR project was not just about farming, but also about ensuring future generations could swim and fish in rivers and enjoy other recreational benefits.

The fifth year of the Hinds MAR project recently concluded with a 66% increase in recharge volume compared with year four and measurable improvements in groundwater quality and river flows.