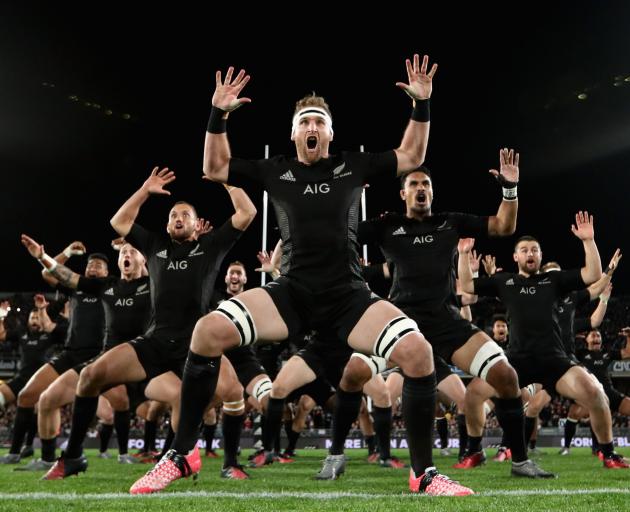 Rural broadband customers are in danger of missing out on the Rugby World Cup. Photo: Getty Images
Two months out from the start of the Rugby World Cup, rural fans are being encouraged to sort their internet connection before it is too late.

The broadcasting rights for this year's tournament in Japan are owned by Spark Sport, which means viewers will need a fast internet connection if they want to watched all 48 games live.

About 40,000 - mostly rural - New Zealand households do not have access to ultra-fast broadband, but may be able to use a wireless broadband provider.

The All Blacks' pool games, and their possible quarterfinal, will be free on TVNZ with a one-hour delay, while the semifinals and final will be screened live.

People can use any internet provider to watch the tournament as long as they have signed up to Spark Sport.

One rural customer said he was disappointed at the lack of data available on Spark's wireless broadband plans and was worried he would not be able to watch the tournament.

He was told by a Spark representative there was an issue with the capacity at the local cell-tower but the company was upgrading its infrastructure.

The performance of wireless broadband did depend on the capacity of the local cell-tower, and the company had been upgrading its wireless capabilities in time for the RWC.

Every Spark wireless broadband customer had been contacted and advised if their connection was good enough for RWC streaming and if not, what their alternatives were, she said.

Spark Sport had also formed a working group with other internet providers to ensure they were all informed about the additional requirements the tournament could place on their networks.

Wireless Internet Providers Association spokesman Ernie Newman said anyone who had connection issues with their broadband should try to sort it out now before it was too late.

"Do a bit of test-driving, a bit of Netflix and YouTube stuff, and see what the quality is, particularly over peak times," he said.

Generally, the wireless broadband providers were as well prepared as they could be for the expected huge spike in demand, Mr Newman said.