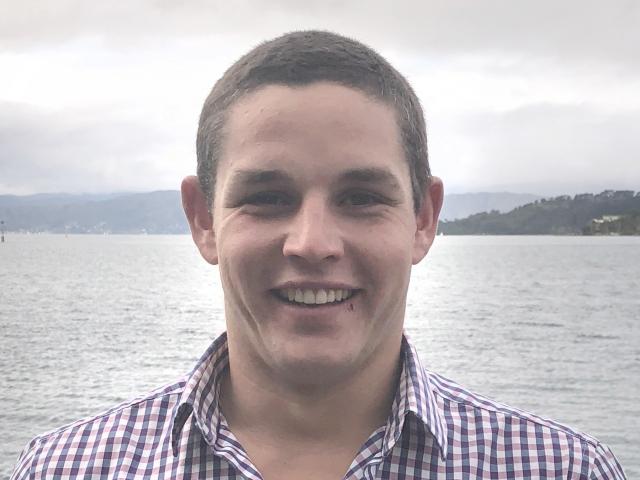 Dave Ingham.
He has been described a ''poster boy'' for the future of New Zealand's sheep industry.

But young Maniototo shepherd Dave Ingham (24) is quick to stress that agriculture is ''not just going out shifting break fences and drenching lambs''.

With a thirst to continually learn, Mr Ingham has headed to Australia this week as one of two Beef + Lamb New Zealand-sponsored sheep industry ambassadors.

He and fellow ambassador Katey Craig will attend the LambEx conference in Perth and travel between Melbourne and Adelaide looking at different farm systems with industry representatives from Australia and the United States.

Mr Ingham has worked at Linnburn Station since November, 2016 when he completed his studies at Lincoln University.

While he was brought up in Christchurch, his uncle and grandfather were farmers and he spent time with them at Banks Peninsula.

He completed an agricultural science degree with honours in his final year.

His honours project was on farm management systems, a computer-modelling based look at the economic development of marginal hill country on sheep and beef properties.

When Mr Ingham left Lincoln and had several job interviews, Linnburn Station's keenness to challenge the status quo appealed to him. Linnburn was about 9300ha and ranged from about 1150m-1200m above sea level down to the homestead at about 400m.

It ran about 10,000 halfbred ewes and between 450 and 500 Angus cows. All lambs were finished and there was also a trading lamb component.

He came south, got a team of dogs, and did everything from ''chasing lambs around'' on intensive irrigated rotation under pivot through to mustering big blocks in the extensive summer country.

He had been lucky enough to ''have a crack'' at the lamb finishing side of the operation, looking after the intensive flats.

At Linnburn, a holistic approach to farming was taken with minimal fertiliser and sprays.

They have been establishing lucerne with innovative cover crops such as sunflowers, sorghum and buckwheat.

That had all been a big learning curve and something that had been ''awesome'' to be part of, he said.

There were no set systems and there was a chance to ''put your flair'' on things. Coupled with that, the station's management had also embraced technology, including EID tags in all sheep.

The ultimate for Mr Ingham would be to work his way up to a position where he was able to lease or own a farm. That vision was shared by his partner, who was farming in Southland.

The LambEx 2018 programme included a variety of speakers and provided the opportunity to network with international sheep industry leaders while learning about the latest industry developments. It attracted more than 900 delegates and 60 exhibitors.

Mr Ingham was particularly keen on a seminar on novel forages for high nutritional value, and also the top five technologies for farming in the coming years, saying that technology was going to be a growing part of agriculture.

When it came to the tour, he was keen to get some fresh ideas from the Australians and Americans.

Being able to share thoughts and opinions with like-minded people was ''just going to be awesome'', he said.

Mr Ingham loved the sheep industry, saying there was a lot of potential for growth and development.

''What I'm into is that sort of systems development, and how do we get more out of what we are doing,'' he said.

He anticipated sharing what he had learned when he returned from Australia and he was also very keen to see more young people become involved in the industry saying that was ''the big thing in the future''.