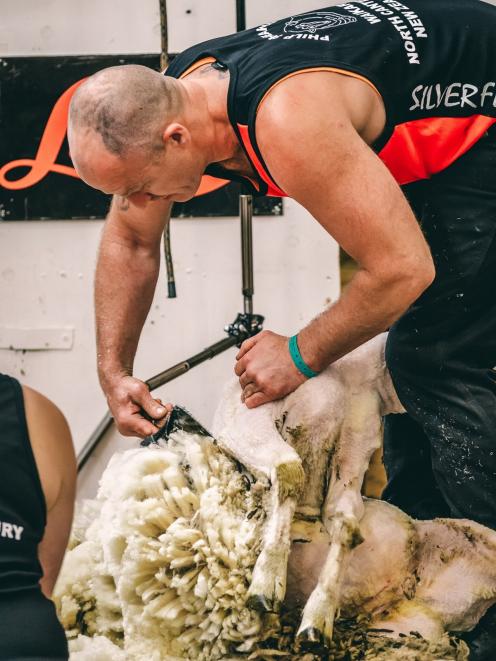 The competition will be held at Marble Point Station, near Hanmer Springs, on November 5-6, after the annual New Zealand Agricultural Show was cancelled due to Covid-19.

The Shearing Sports New Zealand region 2 chairman first learnt to shear 40 years ago as a teenager.

"I’m planning to compete this year. I don’t quite match the speed of those elite shearers any more, but I hold my own," Mr Brooker (55) said.

"One or two of the top shearers are in their late 40s, so if you are still at that level you can still compete with the best of them.

"I’m not quite at that level anymore, but it’s good fun going up against the best shearers and testing myself."

In his 20s, Mr Brooker took up shearing professionally when "I finally realised I wasn’t going to be an All Black".

"And since then I’ve been trying to make the Golden Shears final, which I haven’t managed to do," Mr Brooker joked.

While his All Black dreams came up short, his daughter, Grace, is a member of the Black Ferns women’s rugby team.

These days, Mr Brooker has his own business, Lifestyle Worx, serving lifestyle blocks and small farms and includes a mobile shearing service.

While there was still some uncertainty with Covid-19, Mr Brooker said the intention was for the shearing at Marble Point Station to be open to the public.

Woolhandling would be held on the Thursday, with a place in the New Zealand woolhandling test team up for grabs for the winner.

On Thursday afternoon, there will be a contracting teams competition, with teams made of up two shearers and two woolhandlers.

The shearing would be held the next day, with junior, intermediate, senior and open competitions, the Canterbury circuit final and qualifying for next year’s Golden Shears.