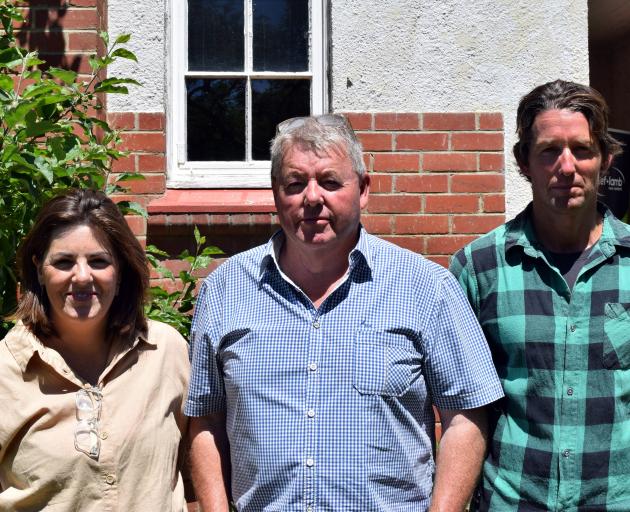 At the homestead before leading a tour of their farm, Rotherwood, in the Maniototo last week are (from left) Nina, Jeff and Ben Winmill.
An East Otago egg farming family is giving cropping and cattle finishing a crack in the Maniototo.

The farm is owned by the Winmill family — Jeff and Aileen and their children Nina and Ben.

Jeff Winmill, standing on the steps of the homestead, told more than 80 people at the event, about the purchase and transformation of the farm.

"We are not a traditional farming family — we are second-generation egg farmers."

The family went into a partnership to form Mainland Poultry in 1996.

"From a very small beginning it grew to be the biggest egg producer in New Zealand."

The company now supplies 38% of the eggs in New Zealand, he said.

The sale released capital for the family to chase a dream of running a more traditional farming operation. 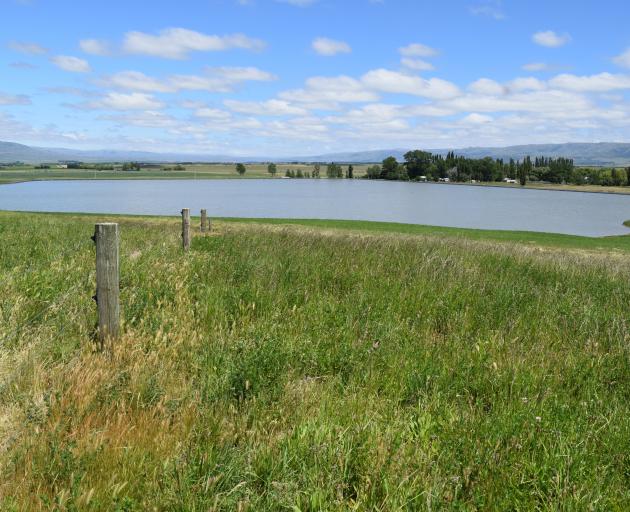 The dam at Rotherwood farm.
The sheep and beef farm Rotherwood was on the market and appealed because it was about an hour’s drive from their home in Waikouaiti and had a reliable water source.

The family took over ownership of Rotherwood in May 2019 and began transforming it into a beef finishing and cropping operation.

"It was a good fit for us — Nina enjoys working with cattle and I had grown grain in the past."

The family had no interest in sheep, cattle being better suited to the family continuing to live in Waikouaiti.

After buying Rotherwood, they employed Maniototo farmer James Herlihy for a year to oversee the development of the property.

The development included an irrigation system featuring five centre pivots, a stock water reticulation scheme featuring about 90 troughs, about 30km of fencing (four wires and a post about every 8m) and the construction of a large dam.

The dam cost about $3/m3 of water and had been operational since September 2019.

About half of the farm was irrigated and used to grow grain and the other half was used to finish beef, he said.

The yields so far had been reasonable and were getting better "but we’ve got a long way to go and a lot to learn". 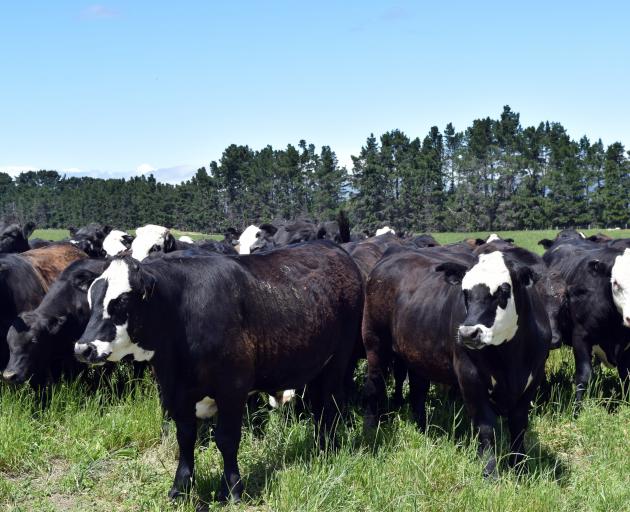 Angus yearlings on Rotherwood farm in the Maniototo.
His son Ben was responsible for the crops and environmental management on the farm, including riparian planting and water management.

"If he’s really good, he gets to drive a tractor."

A sixth centre pivot, which features variable rate irrigation, was installed this year.

If the variable rate irrigation proved its worth, it would be retrofitted on the other five pivots.

Soil types differed across the farm — on the flat, the soil was heavier with a high water table.

The soil at higher parts of the farm featured more shingle.

Soil moisture sensors took the guesswork out of when to irrigate and allowed them to utilise water better.

Paddocks were dressed with hen manure to improve soil fertility before crops and pasture went in, reducing the amount of synthetic fertiliser they needed.

Hen manure cost $35 a tonne but freight was extra and reasonably expensive and it could be a challenge to spread.

Anyone considering using hen manure should analyse the cost and how it would be applied "before charging in" to use it instead of synthetic fertiliser.

He believed hen manure was a "better bet" for Rotherwood at the moment. 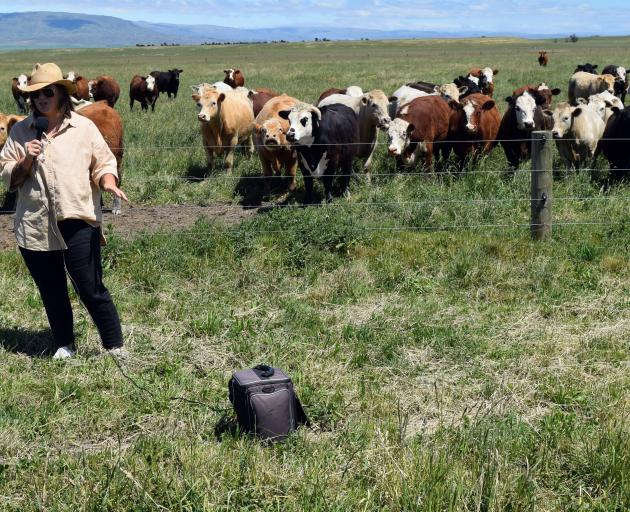 Rotherwood cattle manager Nina Winmill speaks at a field day in Maniototo last week, watched by some of her cattle, a mix of Hereford, Simmental and Charolais.
His daughter Nina was responsible for the finances and the cattle on Rotherwood.

Nina, speaking at a stop on the farm tour, said she was running about 800 cattle, mostly steers across a range of breeds, on Rotherwood.

Steers were easier to handle and posed less of a risk to the younger children in the family.

She bought weaner Angus calves from stations in Central Otago in autumn, weighing about 285kg each, and wintered them on fodder beet.

Some of the herd were sent away to be finished elsewhere between December and February the next year, weighing about 530kg.

Most of the herd was kept on for another winter and sent to the meatworks between July and September to take advantage of good schedule prices.

In December, she took on 300 wagyu calves, weighing about 90kg each, which she would grow to 20 months of age, when they were finished in Hawke’s Bay. Some would feature in the chillers of supermarkets in California.

Wagyu was a "lovely" breed and a joy to work with.

"They are friendly, cheeky and smart."

She was finding her feet on the best way to run cattle on Rotherwood.

Winter was good last year but this winter was "awful and wet".

"Every season has been very different, so it’s hard to work out what a normal season is like in the Maniototo but we’ll get there."